Record Gold Price ‘Only a Matter of Time’

According to the American multinational investment bank Citigroup, gold is in line to break the all-time US dollar price record set in 2011. Gold has already set numerous records in other currencies this year, but remains a bit off its record high in US dollars of $1,917 per troy ounce. However, since Monday, the yellow precious metal has increased in value by approximately $30. 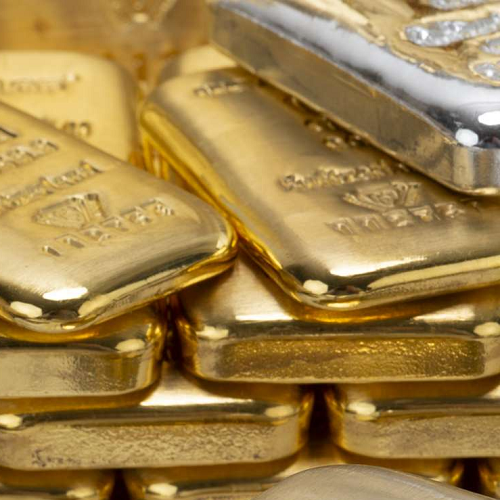 Gold is benefiting from a number of factors which Citigroup’s analysts say is contributing to higher precious metal prices. These analysts, including the noted economist Edward Morse, have identified loose monetary policy, low/negative real yields on bonds, record inflows into gold exchange traded funds (ETFs) and increased gold asset allocation as driving forces behind the steady increase in gold prices.

They see gold hitting record highs in US dollar terms within the next nine months, and have forecasted a 30% probability it would go over $2,000 an ounce by the end of the year. Writing in the bank’s third quarter commodities outlook, Citigroups’s analysts commented:

“Nominal gold prices have already posted fresh records in every other G-10 and major emerging market currency this year, so we believe it is only a matter of time for fresh gold-USD highs”

Silver on the Up 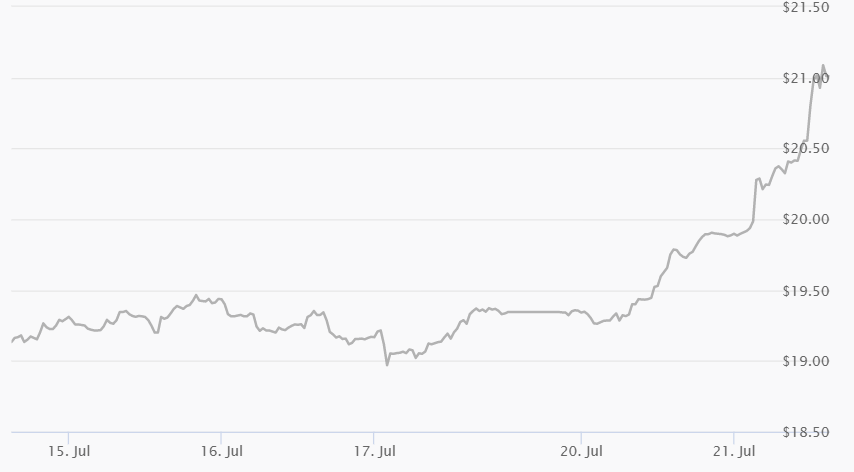 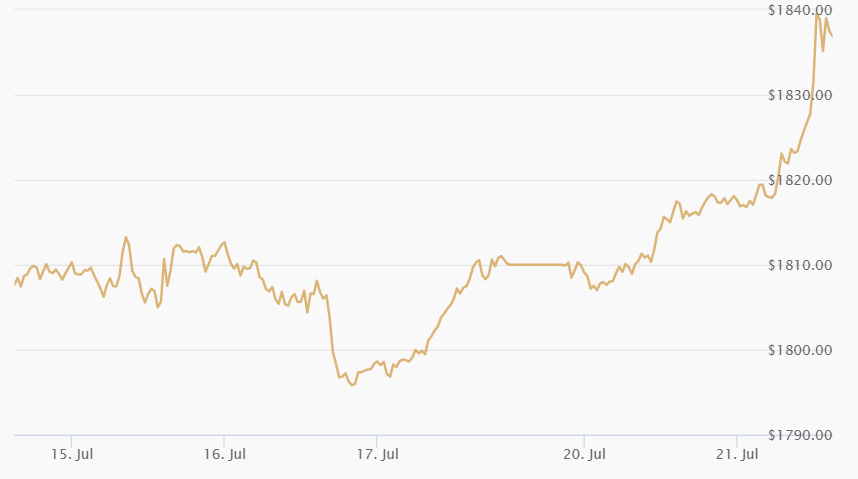 Not to be outdone by gold, silver has had a big spike today (21/7/20). The grey precious metal has hit a six-year high, fuelling speculation that it is on the cusp of a big rise in price. Over the next six to twelve months, Citigroup expects silver to rise to $25 per ounce – at the time of writing, it is priced at $21.03 (£16.51) per ounce. This is a 9.9% increase over the last week.

On the other hand, gold is currently priced at $1,838.10 (£1,442.18) per ounce, which is a 1.72% rise over the last seven days. This is a much more modest change in price compared to silver, but the outlook for both metals looks positive given the current economic climate.