Despite pledges of more spending from governments and cuts of interest rates by central banks, investors’ fears continue to grow over the coronavirus epidemic. Confirmed infections are rising all over the world, and Italy became the first European nation to impose a quarantine zone within its borders, which has seen some 16 million people subject to travel restrictions in the north of the country.  As of the 10th March, the whole of Italy is in lockdown. 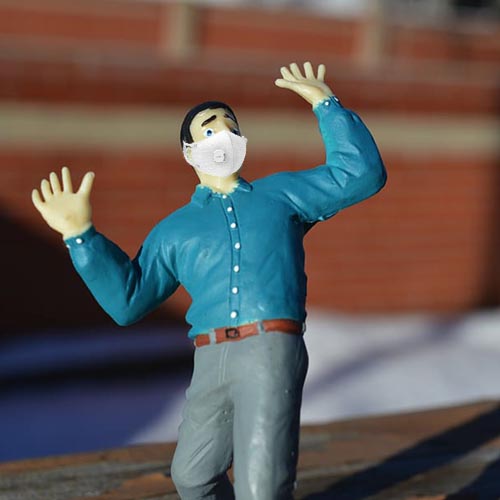 World markets had made a modest recovery on Wednesday, but now the scale of the crisis is beginning to be appreciated with stock exchanges suffering their biggest crash since 2008. Losses have been so bad that trading was temporarily suspended on Wall Street in the United States, with the S&P 500 index and the Dow Jones industrial average both falling by over 7%. In Britain, the FTSE 100 dropped by over 500 points in the first 10 minutes of trading.

Amazingly, investors are rushing to so-called safe-haven sovereign bonds, which as a result has seen yields tumble to eye-watering lows. Rather amusingly, if these bond yields all hit 0%, then policymakers can stop worrying about inverted yield curves. As of today, these are the current yields for 10-year government bonds:

Oil prices have also tumbled, with the international Brent crude benchmark hitting a low of $36.07. As a result, oil firms have sholdered the brunt of this downturn.

Gold briefly topped £1,300 per troy ounce this morning denominated in Sterling, before settling back to £1,279.88 per ounce this afternoon. This is a modest increase of 2.09% from last week, on the other hand silver decreased by 2.05% in Sterling, leaving it at £12.89 per tory ounce. Sharp-eyed observers may also have picked up on the fact that the gold:silver ratio briefly topped 100 too.

Speculation from certain economic analysts point towards a sell-off of precious metals by some investors, but don’t be fooled. Gold and silver are assets that protect wealth in the long-term, not something that should be sold off to make up for losses elsewhere. If in doubt, look into how precious metals fare in times of economic uncertainty.