Dissent in the Central Banks

There is a certain amount of unease around the European Central Bank’s (ECB) decision to accelerate quantitative easing and cut interest rates on deposits to -0.5%, with policymakers rocked by the resignation of the German ECB executive board member Sabine Lautenschläger.

Up to 10 (out of 25) members of the policymaking governing council have stated opposition to the ECB’s decisions. Over in Britain, a Bank of England official hinted that they may cut interest rates from the current 0.75% at the next meeting of the Bank of England’s Monetary Policy Committee.

Across the Atlantic Ocean, US President Donald Trump continues to pressure the Federal Reserve, even though they cut interest rates by 0.25% to 2% recently. Despite all this, gold dropped from $1525.79 to $1496.92 an ounce over the week. Savers may be getting a pounding by the central banks and as you can see from our live gold price chart below gold has benefitted from the increasing economic risks this year. 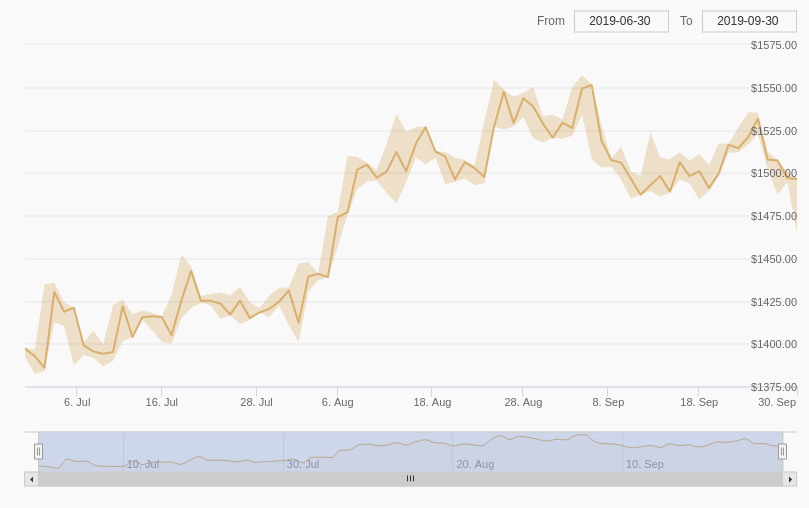