The Swiss refiner has lodged a complaint against Non-governmental organisation (NGO) Swissaid after it refused to retract its allegations that Valcambi were in a “dubious relationship” with the controversial Emirati Kaloti group. 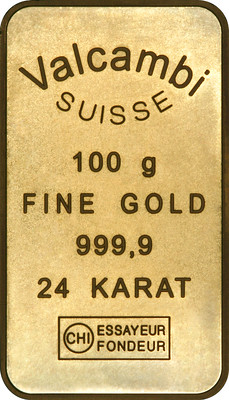 A 2020 report by Swissaid looked at how refineries source gold alongside their use of intermediaries to hide the origins of their gold supply.

Valcambi threatened to sue the NGO unless the report was retracted, for which Swissaid have refused to comply saying it “stands by the research of its study”.

The international gold firm Kaloti source large quantities of gold from a number of mines in Africa and Sudan. After being implicated in a number of human rights abuses and war crime claims, the firm's relationship with Sudan is being brought into question as they control a number of mines which sell gold to Kaloti via government institutions.

The US Treasury Department never took action against the firm after a 3-year investigation into Kaloti’s trade with money launderers and drug traffickers. In attempt to avoid angering its ally, the US tried to convince the UAE to deal with Kaloti on its own, but after this fell apart, the investigation was abandoned.

Valcambi CEO, Michael Mesaric said the claims by Swissaid were unfounded. The LBMA has cleared the refiner of any wrongdoing in two audits in two years. Mesaric neither confirmed nor denied any ongoing relationship with Kaloti but said that the company was already supporting efforts by NGOs to improve the working conditions of artisanal miners in Peru and Colombia.

Valcambi are not the first company to be questioned over its supply chain. Perth Mint also were brought into the spotlight which led to it being blacklisted by two major banks. The LBMA later cleared the Mint of any significant wrongdoing.