Formal restrictions on the possession of gold bullion were enacted in the United Kingdom in 1966 under the then Labour government. This meant it was illegal for any person to own more than four gold coins without a special licence from the Bank of England. 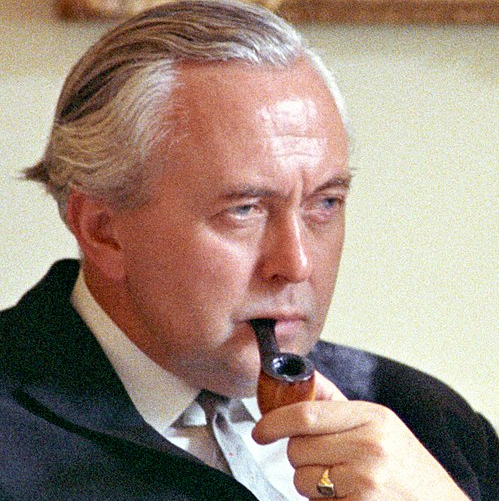 Background – Gold Disappears as a Circulation Coin in the UK

In the United Kingdom, the outbreak of the Great War presented the government with a budget problem which needed to be plugged. In order to finance the war effort, British subjects were encouraged to buy up war bonds with their sovereigns. This was entirely voluntary, but it was seen as a patriotic duty to support the war effort and the population duly obliged. This is one of the main reasons gold sovereigns mostly disappeared as a circulating coin by 1918; no confiscation was required, British subjects had willingly given up their gold coins under wartime pressure.

The post-war Labour government brought in the Exchange Control Act in 1947, which was a formalisation of convertibility restrictions placed on the pound sterling on the outbreak of the Second World War. Britain was in a precarious financial position after the war, and the government was worried of a potential run on the pound sterling. As a result, foreign currency exchanges were curtailed and British citizens were no longer free to invest in foreign assets, such as buying gold overseas.

Interestingly, this act ‘required all United Kingdom residents to offer for sale any gold coins or bullion they owned’, but whether gold owners actually did this is another thing. Exceptions were made for:

“genuine coin collectors, numismatists, which exempted all gold coins minted before 1816 and also post-1816 coins which had ‘... a numismatic value greater than the value of the gold content which would have been received had the coin been sold to an authorised dealer.’”

1966 Amendment to the Exchange Control Act

More restrictions on possession of gold bullion in the United Kingdom came into force in 1966 when the government amended the 1947 Exchange Control Act to include the importation of gold coins. Limits on ownership of gold were also introduced, with individuals only allowed to possess up to 4 gold coins dated after 1837. If you had more, you needed a collector’s licence from the Bank of England. Exceptions were made for bullion coins of numismatic value, but it was up to collectors to prove to the Bank of England’s officials (without right of appeal) that their collections fitted this category. Dealerships were also required to apply for a licence to sell gold bullion, of which Chards has direct experience.

The amendment caused quite a bit of dissent, as shown from this contribution by Terence Higgins MP in a heated parliamentary debate around the legislation (Hansard, Exchange Control (Gold Coins) House of Commons Debate, 13 June 1966, vol 729 cc1173-95):

“It is relevant to ask why is it that the importation of gold has tended to increase and why it is that people have been encouraged to hoard gold. We should be perfectly clear that this is because the Government have failed, lamentably, to stabilise the cost of living and slow down the rate of inflation...

"This leads one to consider why it is that the Treasury is simply considering gold in this context. If people are holding gold because they have no faith in the Government's policy on the stabilisation of the cost of living and on curtailing the rate of inflation, then surely if they are prevented from going into gold it is likely that they will put their money into some other form of asset which may also be a hedge against inflation and against lack of confidence in sterling. We may well find that this provision is extended not only to gold coins but to silver coins.”

As it happens, the act was not extended to silver coins.

We have been in business for over 55 years, tracing our roots to R & L Coins. We are still occasionally referred to this name, even though we changed it back to ‘Chard’ during the late 1990s.

Back in 1966, we were selling sovereigns at the following prices:

This is a recreation of an advert we used to run every week in The Exchange & Mart, so we were intrigued to find this passage from Niall MacDermot MP in the same Hansard extract:

“But there is an immediate loss when these coins return and are purchased by United Kingdom residents. One month after being exported, sovereigns have been reappearing on sale here at prices representing a premium of 27 to 36 per cent. above the gold content value. In some cases, they have been advertised for sale here in lots of 1,000 at a time. Clearly, this has not been a numismatic interest.”

This could very well have been an indirect reference to us!

COVID19 - Could Restrictions be Enacted Again?

We have been asked, amid the coronavirus situation and its impact on the world economy, whether these types of laws would ever come into force again. This is some historical perspective.

These rules, especially the areas concerning the import and export of sterling, were widely flouted and practically unenforceable. Holidaymakers found ways to sneak around restrictions, such as sticking banknotes down socks and even hollowing out loaves of bread and stuffing them with cash.

Concerning gold, we suspect most private gold holdings would not have been publicly known. Whilst many individuals did declare their gold holdings to the Bank of England, many more individuals may have easily chosen to keep their gold holdings concealed. This is all too similar to the American episode, which has been subject to hype and misinformation. Gold possession was never made illegal and banned in the United Kingdom, and gold was never ‘confiscated’. It is very unlikely that such laws on gold possession will ever be enacted again, simply because savvy gold owners would likely find loopholes to avoid detection.

The section in the Exchange Control Act concerning gold was dropped in April 1971, and the act repealed completely in 1979 by the newly-elected Conservative government. Since then, British citizens have been free to trade and possess gold bullion.

For more analysis on this question, please see our Bail-Outs, Bail-Ins and Confiscations article.

As investors continue to stock up on their gold holdings, we have been asked with increasing frequency, about the possibilities of gold confiscation.

Confiscation of Gold Bullion in the USA

In 1933, the USA banned its citizens from continuing to own gold with limited exceptions. Could it happen again?

On 1st May 1933, President Franklin Roosevelt's order which placed restrictions on US citizens owning gold came into force.

Discover more about the UK Gold Coin Bullion Market since 1964. Chards have been in business for over 55 years!