Confiscation of Gold Bullion in the USA

In 1933, the USA famously, or infamously, placed stringent restrictions on its citizens on owning gold; this also happened in the UK in 1966. 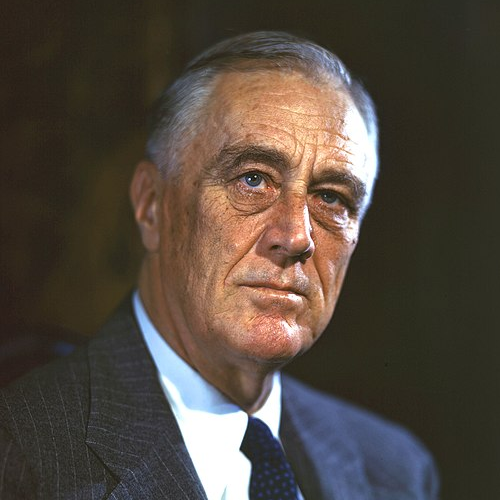 The American gold coin dealers who try to scare their customers into buying more expensive older pre-1933 gold coins usually talk about 'confiscation' when referring to the Executive Order 6102 of 3rd April 1933. We believe the use of the word confiscation is a deliberately misleading exaggeration. It is clear from the wording of the Act that the gold was not confiscated but had to be sold or exchanged at the then current market value. We also note that many articles appear to state that Roosevelt made holding gold illegal in the USA. This is untrue. The various Executive Orders and Acts allowed each person to hold up to $100 of gold and made exemptions for gold coins of numismatic interest or rarity. It was only illegal to hold gold bullion in excess of this dollar value. Most families and households would have been able to re-allocate and share out gold holdings in excess of $100 per person, for example a family of five would be able to hold up to $500 of gold between them, plus 'rarities'. This is approximately five ounces each, or five double eagle coins. Five ounces is worth over $8,400 at current (2020) price levels, and 25 ounces over $40,000. Only a very small number of individuals would have been forced to exchange their gold. Most private gold holdings would not have been publicly known, and many more individuals may have easily chosen to keep their gold holdings concealed, or possibly simply designated excess holdings as being of numismatic interest or with rarity value.

It was very convenient that the executive order placed a limit on the monetary value of gold an individual could hold, and not a limit on the weight of gold owned.

Even though in 1933, gold was not confiscated, nevertheless any people who did exchange their gold effectively lost out when it was revalued upwards shortly afterwards. It seems fairly certain that the US Government would have known this at the time, and planned it. Gold owners who did exchange their gold lost out of a near instant 69% appreciation in value from $20.67 to $35 per ounce.

This 'moving of the goalposts' could also have tipped certain collections over the $100 legal limit too, depending on what type of gold bullion they owned.

Revaluation to $35 Per Ounce

Many American coin salesmen appear to claim that gold was revalued immediately after 'confiscation'. The official price, at least, was not changed until almost 10 months afterwards.

It remains our view that most if not all devaluations are a form of stealth tax or legal robbery of the citizens by their governments.

In democracies, it must be a very tempting way for current governments to remain popular by deferring financial responsibility and pain in order to remain in power, or get re-elected. Even for dictatorships, it must help to be popular, or at least not quite as unpopular, and defer any judgement day for the next holder of office.

Another piece of misinformation and propaganda we see frequently is the advice and scare story, particularly in the USA about confiscation. We have also noticed a few voices, those of more honest American dealers, stating their opinion that the 1933 confiscation is now irrelevant, and we believe they are almost certainly correct. These guys also believe that the scaremongers are simply doing this so they can sell you more expensive (higher premium) gold coins, on which they can make more money.

E.E. Cummings famously wrote 'a salesman is an it that stinks Excuse'. We would find it hard to improve on his observation.

There are many salespeople employed by many companies to talk you into buying the product they are trying to sell. Most sales personnel are paid at least partly on commission, so no matter how sincere they may try to be, there is always a conflict of interest, yours versus theirs. We offer no prizes for guessing which takes precedence. Also, even where sales staff are not paid commission, there will be targets, and if these are not achieved, the salesperson will be under pressure to justify retaining his paid employment. This includes coin salesmen.

It is easier for any business to attract and recruit sales staff if they pay a generous commission. It must also be easier for the sales team if the company does not apply many rules of conduct. This means that many salespeople will tell you what you want to hear if it helps them sell you something. It may not be the truth, and probably isn't.

If you buy coins, or any other product, from such a salesperson, or such a company, it is almost certain that you will not be making a good investment.

We have noticed a number of American coin companies giving out frightening advice about modern gold coins compared with pre 1933 gold coins. Our firm belief is they are trying to get you to buy higher profit margin (for them) coin. We remain extremely sceptical about their advice and also their ethics. In summer 2010, one of the biggest American rare coin investment dealers Goldline International was criticised for some of its marketing, sponsorship of US TV programmes such as Glenn Beck on Fox News. Although we have not seen any of the broadcasts, it appears that Beck advises investing in gold, but the show is sponsored by Goldline, who then try to up-sell investors into 'rare' gold coins, and particularly pre-33 gold coins, as opposed to gold bullion coins. In the UK, it has become popular to bash the BBC, which although probably imperfect, is an absolute paragon compared with most US media and news organisations. 'Fool's Gold' is one headline on 'The Daily Dish' about a Glenn Beck (political) rally.

On 1st May 1933, President Franklin Roosevelt's order which placed restrictions on US citizens owning gold came into force.

Formal restrictions on the possession of gold bullion were enacted in the United Kingdom in 1966 under the then Labour government.

As investors continue to stock up on their gold holdings, we have been asked with increasing frequency, about the possibilities of gold confiscation.

In 1933, President Roosevelt signed an executive order which resulted in the seizure of 1933 Gold Eagles, making them possibly the most sought after rare coin.