The World Gold Council expects demand for gold from the world’s central banks to hold steady for this year, but with levels of purchasing to be lower than the record levels seen in 2018 and 2019. 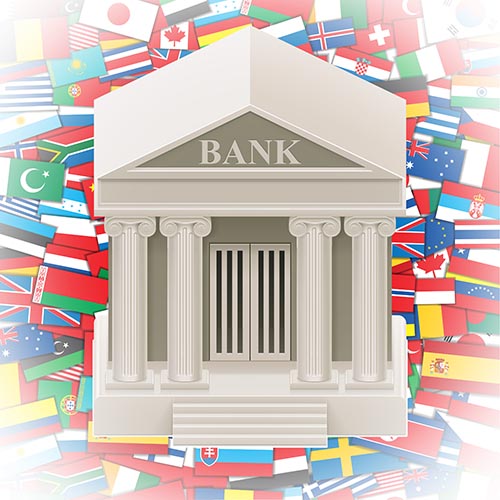 Net purchases of gold totalled 39.8 metric tons for the month of May, which is in line with figures from March and April, and above the average for the first four months of this year. Compared to this point last year, data from the International Monetary Fund shows that net purchases are now 181 metric tons. This is approximately 31% lower than in the same period in 2019. 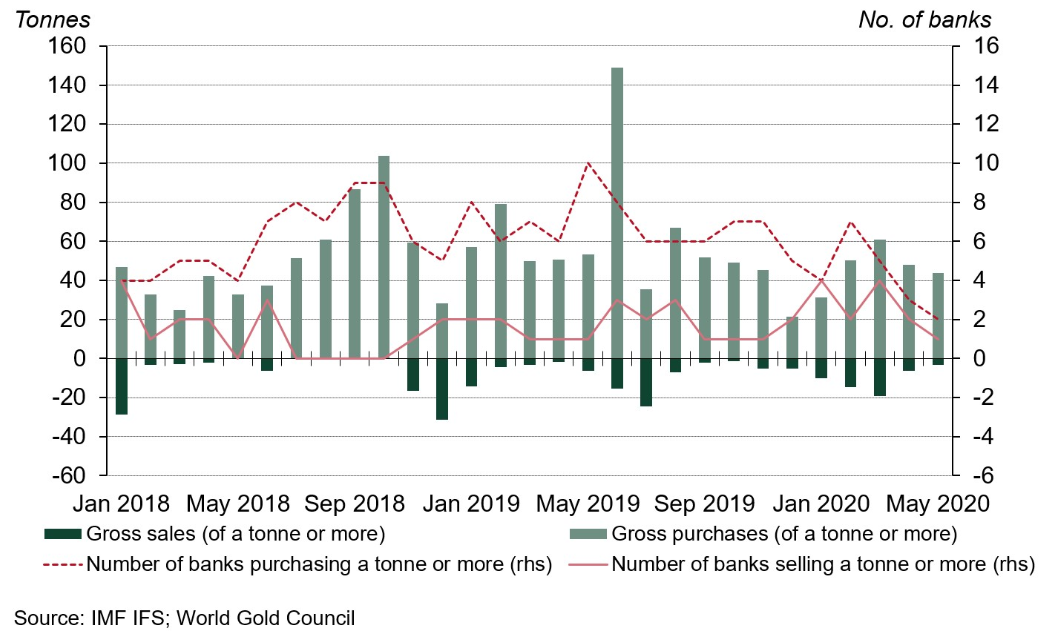 Notably, buyers appear to be concentrated to a select few central banks. This could be because many financial institutions around the world are pre-occupied with dealing with the economic fallout caused by government responses to the coronavirus outbreak. Turkey is the standout country here, increasing its gold reserves by 36.8 metric tons, bringing it to a total of 560.8 metric tons. This now means gold accounts for over a third of Turkish reserves, which is significant as the Turkish lira has come under pressure from threats of sanctions recently. 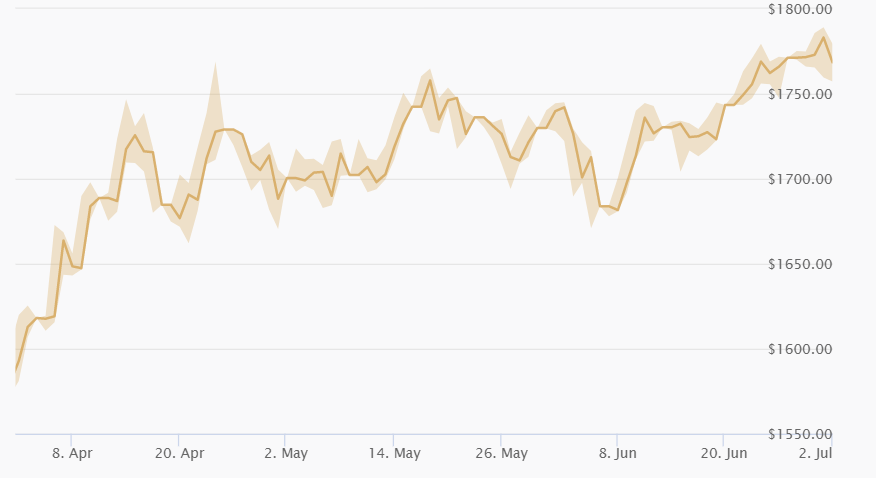 The two usual suspects when it comes to central bank gold reserves, China and Russia, have been quiet in acquiring the precious metal since April. Russia’s gold reserves have increased by only 0.1 tonnes since the start of April, compared to 28 tonnes in the first three months of 2020. China’s gold reserves have not officially changed, but it is not clear if China has actually released statistics on this.

At the time of publication (3pm, 3/7/20), gold is currently trading at $1,773.50 per troy ounce. Since the start of April, gold has strengthened against the US dollar by 11.3% - will central banks continue to seek out gold? The World Gold Council releases its next report at the end of July, which analysts will be eagerly looking forward to.