While most of the UK slept their way into the start of a new lockdown, the results for the most contentious election in recent history, came in, with only a handful of states left to decide the winner. 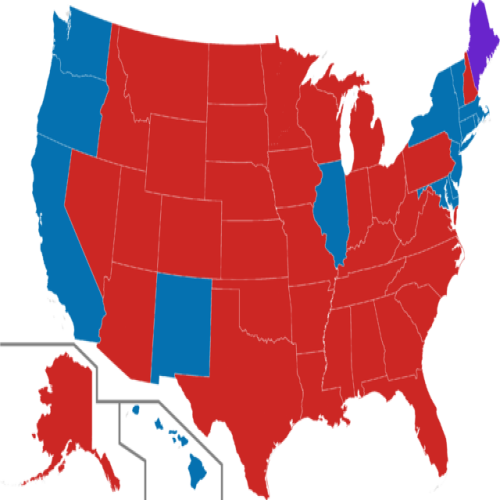 With Biden winning Wisconsin and Michican, the suprise addition of Pennsylvania turning blue has given the former VP another 20 electoral votes. More than the required 270 needed to win. This means that Joe Biden is set to become the next President of the United States with running mate, Kamala Harris being the first woman and first woman-of-colour to become Vice President.

The response by Trump and his administration has not been a surprise, with lawsuits filed in Georgia, Pennsylvania and others among allegations of voter fraud.

The total number of votes, as opposed to electoral college votes, are the individual votes for a candidate, which according to the Associated Press (AP) showed Biden leading with 58 million votes compared to Trump's 56.7 million votes. Despite a large amount of controversy, the popular vote does not decide the winner, only electoral college votes do.

It seems the Republicans will maintain control of the senate leading with 48 seats to the Democrat's 46. A runoff election in Georgia is set to take place as neither Republican David Perdue or Democrat Jon Ossoff was able to draw the majority votes. The runoff election will put only the Republican and Democratic candidates forward meaning there will be no third party choice.

Despite the celebrations, the race is not entirely over. Recounts are to be completed by 08th December and votes formally cast by electoral college members will take place on 14th December. These members although meant to cast their votes for their pledged candidate, it has been known for some to vote for alternative candidates.

Commodities markets rose consistently during the election period but dropped sharply after news of a Covid vaccine was announced.

We will keep you updated as and when the results come in.