Following the news that Joe Biden is set to be President Elect, expectations of further stimulus have put a dent in the US dollar, while stock markets and precious metals have maintained a consistent rise. 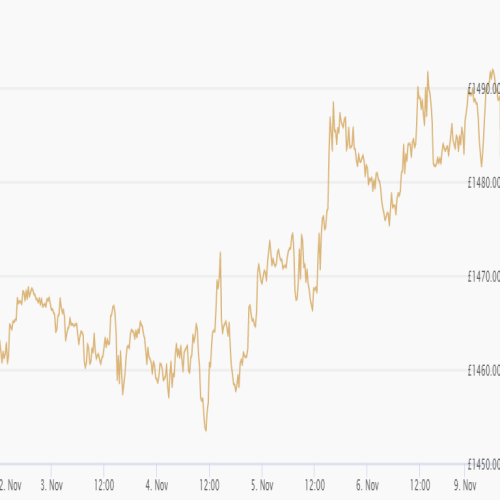 The long-awaited result of the election brings to a close (almost), one of the most tense and vicious political battles in recent years. Much of the week was spent on a knife edge due to the slow turnaround of a number of key states. Ultimately, the surprise of a blue win in Pennsylvania solidified the Biden-Harris win, which has since led to accusations of voter fraud from Trump and his administration.

It doesn’t seem likely that the incumbent President Trump will give a concession speech any time soon, as law suits and allegations of voter fraud in a number of states, may slow down the confirmation.

Prices have risen gradually since last week, particularly with precious metals and stocks. Gold, which stood at around £1,460.00 per troy ounce last Monday, peaked over the £1,490.00 mark a week later, while silver rose from £18.62 per troy ounce to £19.64 during the same period.

As to be expected, the stimulus packages offered by both Republicans and Democrats have had a negative effect on the dollar as more investors seek alternative assets. This may mean a longer bull run for precious metals.

While countries are still suffering from Covid lockdowns, it is expected that the Biden presidency will seek to put more money in to finding a vaccine.

President Still to be Confirmed

In truth, Biden is not yet president. Despite that certain states have yet to finish counting, and the possibility of further filed lawsuits, the members ot the electoral college in each state will formally cast their ballots on the 14th December. Although fairly uncommon, "faithless electors" have gone against their promise and voted for either an opposing candidate or even someone not even running! The 2016 election saw 10 faithless electors with votes for Bernie Sanders, former Secretary of State Colin Powell, Ron Paul (who last ran in 2012), and Native American activist Faith Spotted Eagle.