The American multinational investment bank Goldman Sachs has re-evaluated its gold price forecasts over the next 12 months. Gold had rallied against nearly all the main fiat currencies in in late March/early April, making up for a previous dip, but has been floating around the $1725-$1750 per troy ounce range for the last two months. 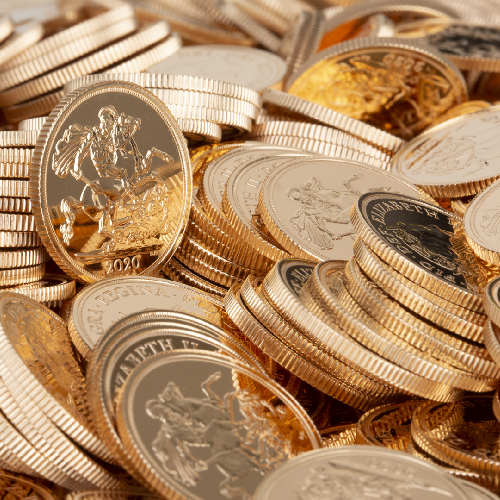 Last Friday, the bank revised its 3-month, 6-month and 12-month price forecasts for the precious metal. It shows that the bank expects gold to strengthen by at least 11.1% against the US dollar over the next year:

Goldman Sachs has identified a number of reasons for this new forecast, with the most obvious explanation being economic uncertainty. However, the interesting suggestion of currency debasement and inflation fears will be noted by many astute investors, perhaps referencing the recent actions of the US Fed. Paraphrasing the bank’s latest analyst’s report, it suggested:

“Looking at previous recessions, we note that economic policy uncertainty tends to jump after recessions and remains high for several years... In such an environment, demand for defensive assets (gold in particular) will continue to expand, in our view.

“Policy uncertainty aside, we believe that debasement fears remain the key driver of gold prices in a post-crisis environment such as this. Faced with both an unprecedented shock and an unprecedented policy response, it remains unclear how inflationary the economic recovery will be.

“Furthermore, current social unrest increases the uncertainty over how much inflation policymakers will tolerate, and for how long. Although high inflation didn’t follow the 2008 crisis, there are a number of notable differences in today’s economy that may make this time different. Specifically, a much larger fiscal and monetary stimulus, better household balance sheets going into the crisis, no tightening in bank regulation/credit standards and less political will for austerity policies all point to greater inflationary pressure than in 2008.”

This would be great new for possessors of gold, who could expect to see their wealth protected through investment in the precious metal. But looking at the bigger picture, Goldman Sachs appears to be anticipating a lot of economic pain in the coming months ahead.

Dollar in the Firing Line 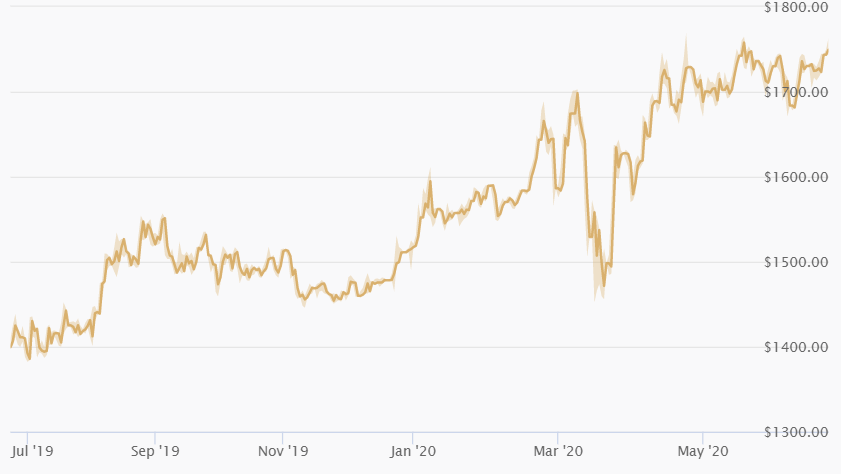 This Goldman Sachs forecast ties in neatly with a related warning form Stephen Roach, a Yale University senior fellow and former Morgan Stanley Asia chairman. Mr Roach has suggested a 35% depreciation in the value of the US dollar is plausible, pointing out to massive increases in the United States’ budget deficit and diminishing savings. He has even gone as far as to say:

“The era of the US dollar’s ‘exorbitant privilege’ as the world’s primary reserve currency is coming to an end.”

Over the last 12 months, gold has appreciated by 25.6% against the dollar and is currently trading at $1757.15 per troy ounce. Should such fears turn out to be true, then safe haven assets such as gold would provide an excellent shelter from the resulting financial storm.

Not surprisingly, Goldman Sachs has updated their gold price forecast after the $2,000 barrier was broken on the evening on the 4th August. The bank now expects gold to hit $2,300 per ounce in the next year. However, at this rate, analysts could be forgiven for thinking this is a conservative prediction.