The cold trade war gains momentum as China retaliates imposing 25% tariffs on $60bn of US imports. Both countries are feeling the strain with agriculture suffering in the US. Farmers are requiring subsidies and John Deer the manufacturing company reports a significant drop in demand as farmers are hesitant to invest in large expensive machinery. Gold ballooned to $1300 following the news only to drop again on the back of positive US economic data. 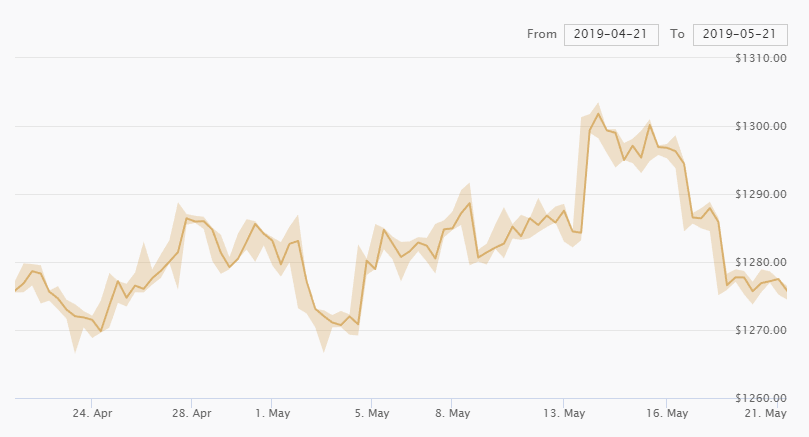 The figure of $60bn is only a quarter of the US tariffs but then again China imports far less US goods than the US does Chinese goods. Tarnished Chinese sales in the US could be fairly quickly replaced if China were to figure out mechanisms to increase exports to other areas of the world. As a result some analysts believe Trump has under estimated the Chinese ability to weather the storm. The US on the other hand may struggle to find suitable export partners to boost losses from the Chinese market. The reliance the US has on Chinese goods especially electronic and computer related means consumers are likely to be burdened with the cost which could in turn could jeopardise Trump’s fan base. One of the crux of the trade negotiations is that of intellectual property theft with swathes of Chinese goods mimicking western exports. For those interested take a look at the “Land Wind” version of the Range Rover where Jaguar Land Rover has won a case in Chinese courts in a landmark case. Any tariffs imposed on China could result in more IP theft counteracting trade negotiations as manufacturers copy US goods for their domestic markets. It is clear to me at least that China can move with more speed than the US to replace any deficit.

US markets responded as can be expected with most showing huge intra day losses. The Dow down 600 points, the S&P500 down 70 points or so and the tech heavy NASDAQ down 270 points. EU markets opened and followed suit with the FTSE down almost 40 points and the DAW down over 180 points.

The global recession risk emerging at the end of 2018 is now amplified by this trade war and ongoing geo-political tensions particularly in the middle east.  Further sustained fall in equities are likely to be met with the FED cutting interest rates to stimulate the US economy which should in theory bolster gold price. The fairly bleak view on the horizon this year means gold price may just see a bull run once again.