The European Central Bank announced a fresh round of stimulus packages following news that the OECD had downgraded economic forecasts. This “stimulus package” essentially amounts to giving cash strapped EU governments extra liquidity in the form of cheap loans to prevent a recession. Over the past couple of years there has been hope that the quantitative easing program (which has been engaged since 2008) could be tapered down as economic conditions had improved on the bloc. This seems to be a major U-turn and points to severe economic difficulties in the coming months.

The effect was amplified by ECB chief Mario Draghi’s warning that the eurozone was “in a period of continued weakness and pervasive uncertainty”.

Not only this but planned interest rate rises have been put on hold adding cause for concern for analysts and investors in Europe.

The announcement sent the value of the pound into a freefall as it lost 0.56% and the Euro 1.17% when both compared against the dollar. The Euro reached a 20-month low provoking a rush into sovereign debt and safe haven instruments. 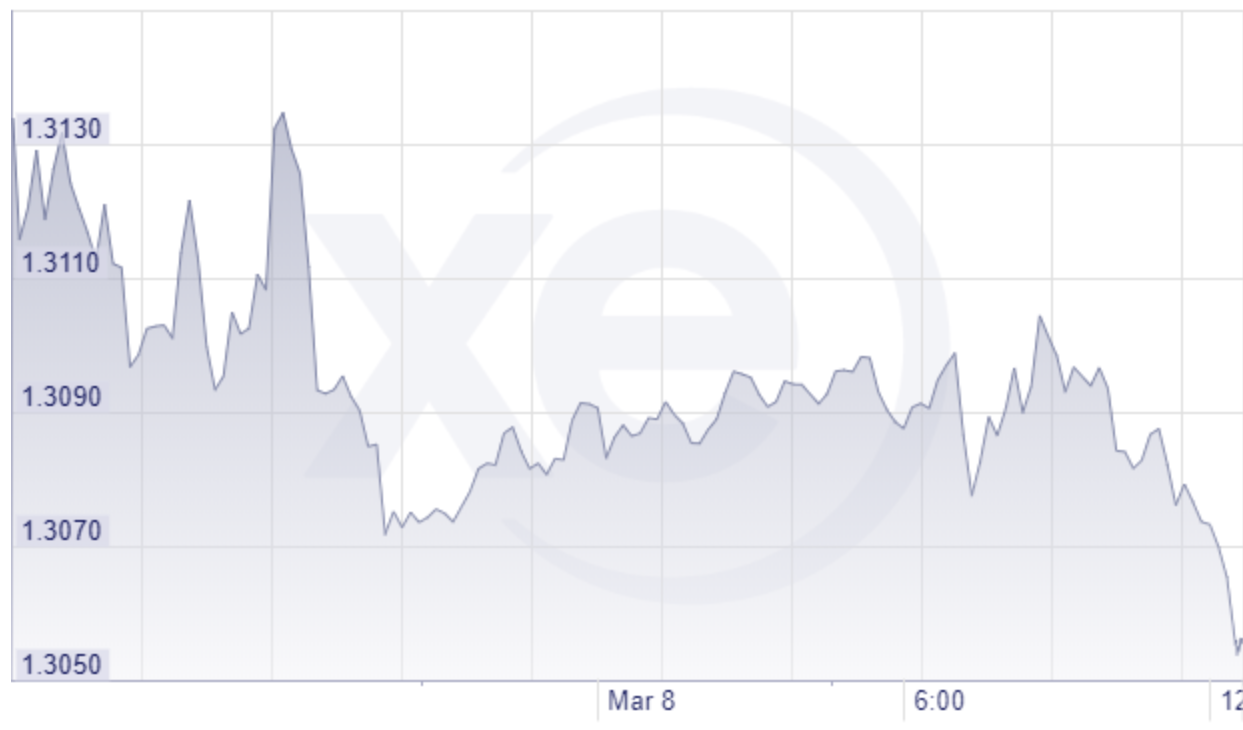 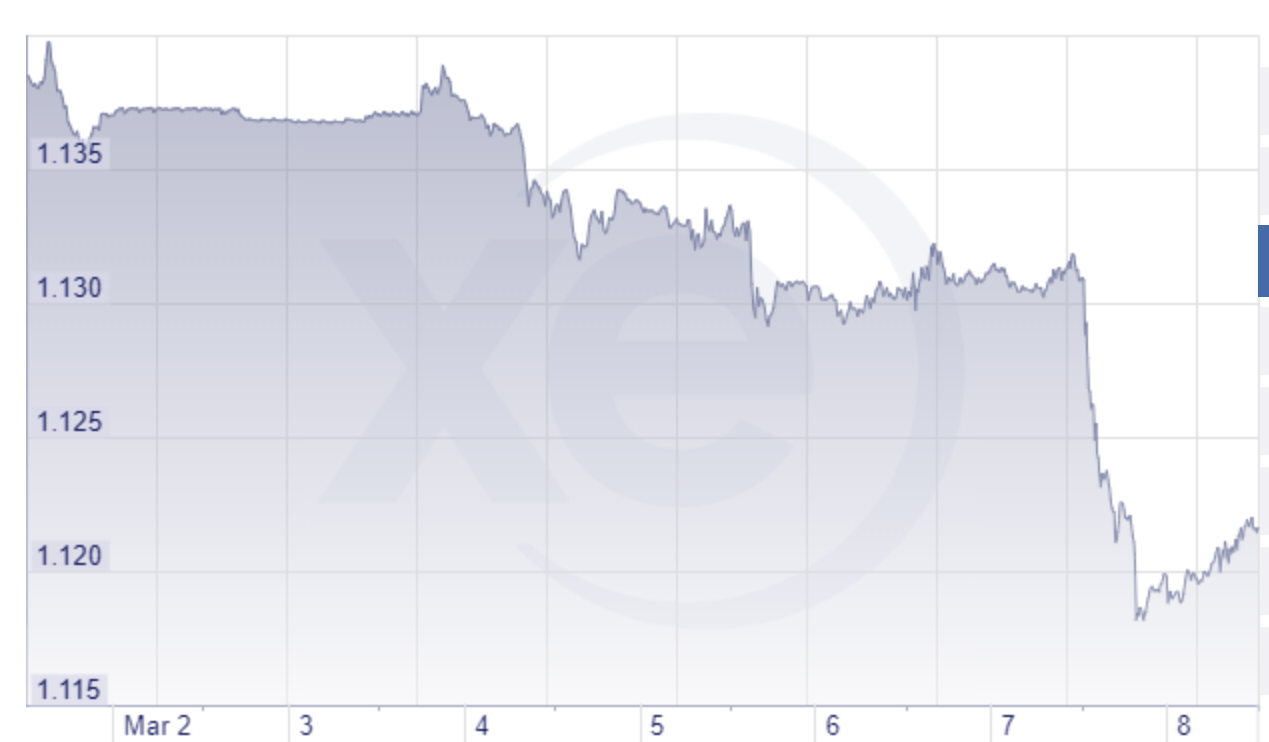 The dollar index on the other hand showed strong gains bolstered by these EU developments climbing a full percentage point:

European bonds rallied from the news as spooked investors left equities and currencies behind for safer options. Even bonds don’t look safe to me as all I seem to read is doom and gloom to do with the global economy in 2019. If reports are correct and 2019 is indeed the beginning of a recession, the collapse of norms, the rise of the far-right, populism and attempts to turn the world order on its head I vote gold and physical ownership rather than bonds. To add to the mix, China has reported a 3 year low in exports and the narrowest trade surplus for 11 months. This adds to the fears that a global slowdown could well be underway or will be very soon. Each to their own obviously but having liability held by institutions and governments in the face of so much uncertainty isn’t for me.

As a guess I can’t see gold staying below £1000 for much longer, this is just a guess not a prediction or statement of fact! We like to avoid fiction but, on this occasion, the global geo-political environment and economic outlook would favour a higher price for gold, especially if forecasts render themselves true. For example, the impending Brexit vote, the ECB stimulus, Eurozone growth concerns and risk of global recession is likely to push up demand for gold and therefore prices……. Let’s see if I am correct in a few months.