Donald Trump, President of the USA

Donald John Trump, one of the wealthiest men in the world, will be sworn in as the 45th President of the United States of America today. At 70 years old, the oldest and probably the most controversial candidate in history will become one of the world's most influential leaders. The inauguration ceremony takes place outside US Capitol Building in Washington at 12 noon (5pm GMT) in front of 1,600 invited VIPs. Rain, hail or sunshine, the show will go on amidst some of the tightest security in political history.

Love Him, Or Hate Him, Trump is Here to Stay

For the next four years, anyway.

Trump is unapologetically brash, bold and at times is not ashamed to employ what seems to many to be 'bully-boy' tactics. He thrives on being the aggressor and is not afraid to use intimidation to get his way. He has a 'Marmite' effect on people. Those who support him talk about his charm, loyalty and genuineness that overshadows his bad points.

On the 9 November 2016, Donald Trump won the 2016 US Presidential Election after a bitter and acrimonious battle for supremacy with Hillary Clinton. However, in the same way that Brexit caught Europe by surprise, Trump whipped up a frenzy of 'patriotic' voting with his America for Americans campaign that resonated with the electorate. Well, at least 46.1% of them. Clinton's supporters are not accepting the result with grace. And who can blame them, whilst Trump won the electorate college vote with a 74 seat lead, Clinton won the popular vote with 48.2%.

We can't help but ask, where this fervour will lead? In the UK, Brexit has generated polarisation between the Brexiteers and the Remainers who feel that their opinions and beliefs are being summarily dismissed. Trump will need to work together with the Democrats and calm their fears unless he wishes to divide the nation.

Trump is the embodiment of the American dream. He has worked his way to the top and has accumulated the sort of wealth that drives millions to buy lottery tickets each week. In 2016, Forbes listed his net worth at US $3.7 billion and ranked him the 117th richest man in the USA and 324th in the world. According to recent media reports, his family's wealth has increased by another US $700 million since he won the election. 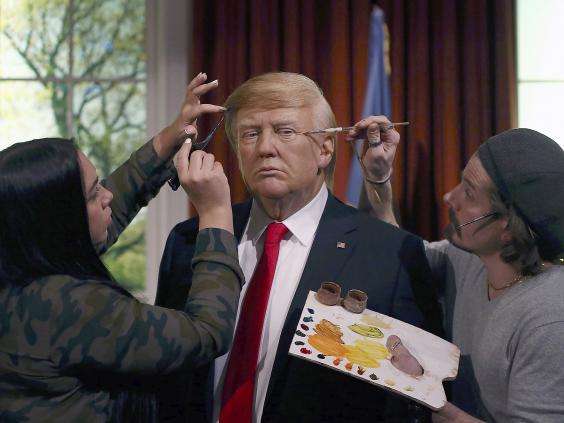 Trump isn't the first businessman to become a US president. At least eight other presidents have paved the path to the White House before him. Truman, Hoover, Carter, Harding and both Bushs were all businessmen before they became president. However, as these presidents took the oath as father of the nation, they set aside their business interests whilst in office.

Trump appears to show no embarrassment with his blatant nepotism. He plans to appoint a number of senior posts to family and friends who have neither experience nor knowledge could be seriously damaging to America's economy and foreign policies. Does anyone see similarities to the behaviour of Third World leaders or should we say dictators?

Trump's Policies and the Economy

As the news broke that Trump had emerged as the victor, gold had a mini surge to £1047.29 then tumbled within hours to £972.81 as the markets decided he wouldn't be such a bad president after all. Many analysts had predicted that if Trump was elected, gold would soar. The opposite happened and gold has been fairly steady in the run up to the inauguration. There are all sorts of possibilities floating around. Most analysts are forecasting gold to average around £1055 with a possible peak at £1125 in 2017, however this can be influenced by many external factors; political, terrorism, economic usually being the main factors.

Trump's election campaign revolved around a visionary plan to strengthen America. He promises to boost economic growth by increasing government spending in the country's infrastructure, improving and modernising utilities, transport and telecommunications. He plans to create millions of jobs for American workers, particularly in construction, possible building the Great Wall of Mexico. He is also looking at reviving the flagging US steel manufacturing industry thereby reducing cheap and often inferior imports. His attempts at protectionism could backfire as it's the antithesis of free trade.

Trump's emphasis on 'jobs for Americans first' will need to ensure that productivity and efficiency is increased whilst wasteful practices are reduced. One cannot help but wonder if Americans will be keen to queue up to do the low paid jobs that are currently filled by immigrants?

The world will watch with bated breath to see how Trump's foreign trade deals will pan out. His friendly overtures towards Putin are viewed with some scepticism. Memories of Reds under the Bed are still in many Americans' memories. Maybe it a more a case of 'keeping your enemies close' than the emergence of an odd bromance.

Will Theresa May be able to charm her way to the front of the queue to secure a free trade agreement for Britain or will the EU delegation get there first? After announcing that China was manipulating currency was guilty of trade secret theft and that he planned to withdraw from and the Trans-Pacific Partnership, Trump made it clear that he intends to negotiate tougher trade deals that will benefit the USA. If only our leader can do the same for the UK.

One of America's biggest fears is terrorism. Trump's anti-terrorism rhetoric sounds as though his government will stand for no nonsense. Although Trump's initial plans to create a Muslim registry appears to be shelved, it will not take much to trigger fear and paranoia as his security plans are ramped up.

So, as Trump enters The White House, will this be an initial period of calm or will there be a blast of hot air. Could he close the banks as did Roosevelt in 1933? Highly unlikely, but as we've seen during his campaign, he is a strong and determined man who will do things his own way.

We could be in for a highly volatile period whilst the markets decide whether Trump will be able to make America great or if he will he bluster and flounder before he leaves the starting blocks. Running a business is totally different from running the country.

If he pulls it off, he will be seen as one of the most innovative leaders of all time, building a bright future for the next generation and providing security for the United States of America.  Will he face opposition every step of the way? We'll have to wait and see.

Now, reader, please don't think we are against Trump. The 2016 US Presidential Elections felt as though it was a vote for the devil or the deep blue sea, not dissimilar to how many British voters would feel if a snap election was called in the UK today. We will be among the millions watching his every move. So, if you've enjoyed reading this blog, look out for our scrutiny of Trump's First 100 Days in Office.