The new President of the European Commission, Ursula von der Leyen, has warned the United Kingdom that it will find it extremely difficult to negotiate a comprehensive trade deal with the European Union by the end of 2020. Ms von der Layen poured cold water on these plans by dismissing them as “basically impossible”, but has reiterated that the EU will “work day and night to get as much of this done within the time frame we have”. The Prime Minister, Alexander “Boris” Johnson, has put down an optimistic target to get a trade agreement done by the end of December and ruled out any extension to the transition period, which begins at the start of February and lasts until the end of the year. The Withdrawal Bill has passed its third reading in the House of Commons by a majority of 99 and now goes to the House of Lords for scrutiny.

Elsewhere, the EU’s chief negotiator, Michel Barnier, made it plainly clear that the Commission would act in the interests of the member states that make up the European Single Market in a speech given in Sweden:

“At the same time, nobody should doubt the determination of the Commission... to continue to defend the interests... and... the integrity of the Single Market. The Single Market is much more than a free trade zone. It is an ecosystem, with common laws, common standards for the environment, rights for workers and consumers, common regulations, common supervisions, and on the top of this, a common jurisdiction: the [European] Court of Justice.”

This is problematic for Mr Johnson’s government as Britain has committed to withdraw from the Customs Union and the Single Market but keep barrier-free trade with the EU. He can expect no favours from a hardline European Commission with its reputation of tough negotiating. The price of gold has s steadied at around £1197.66, a slight rise of 0.24%, leaving aside the brief spike caused by tensions in Middle East. However, Sterling has slipped slightly aginst the euro to €1.16729, which is a fall of 0.72%. 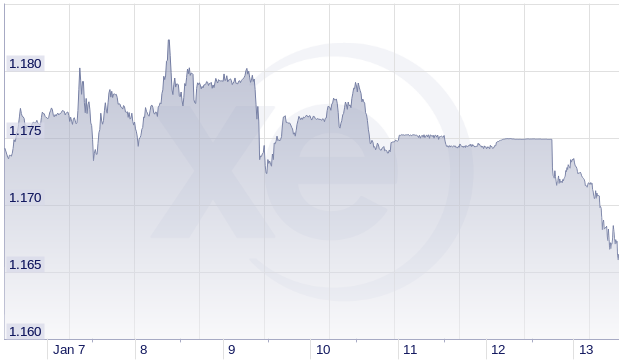 The transcript of Mr Bariner's speech can be found here.