Recent events in Iraq have spooked markets around the world and fuelled fears of a direct military confrontation between the United States and Iran. The American President, Donald Trump, ordered the assassination of high-ranking Iranian General Qasem Soleimani on Friday in retaliation to the storming of the US Embassy in Baghdad by supporters of Iraqi Shia militias last week. President Trump had accused Iran of organising the mob attack on the embassy, which followed tit-for-tat strikes by both sides against bases belonging to the Kata’ib Hezbollah militia group and the American-manned K-1 Air Base. Kata’ib Hezbollah are formally part of the Iraqi Armed Forces but receive backing form the Iranian State. 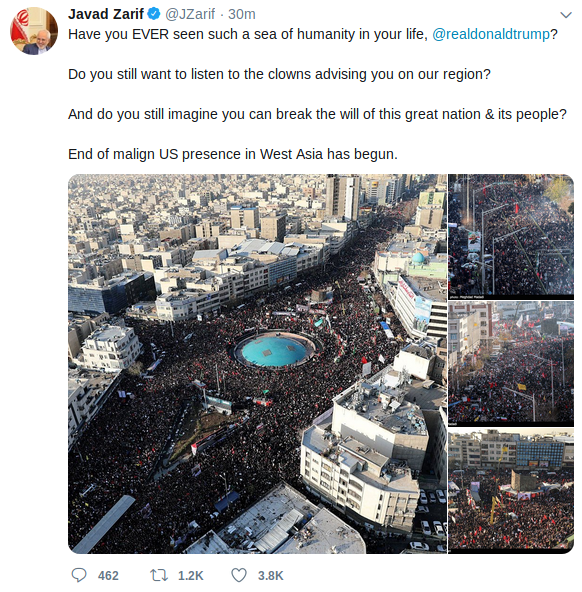 This state-sanctioned assassination of General Soleimani outside Baghdad’s International Airport has caused uproar in Iran and in Shia-majority regions in Iraq, with large crowds flooding the streets. Iran’s Supreme Leader, Ayatollah Ali Khamenei, has promised “severe revenge” against the US; how Teheran really intends to respond remains to be seen. One action Teheran has already taken is announcing it will no longer abide by the terms agreed in the 2015 nuclear accord it signed with world powers (The US unilaterally denounced this deal in 2018). On top of this, the Iraqi Parliament has passed a non-binding motion calling for American troops to withdraw from Iraqi territory. Washington has threatened pre-emptive strikes against 52 strategic targets (including cultural sites) should Iran retaliate, and deployed an extra 3,000 US troops to the region. 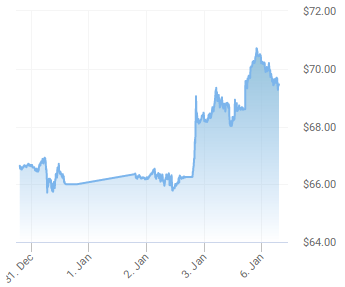 Not surprisingly, these worrying events have caused a spike in both the price of gold and the price of oil. Gold hit a 7-year high of $1586.65 and crude oil crept over $70 a barrel. The leaders of Germany, France and the United Kingdom have urged all sides to show restraint, with Angela Merkel, Emmanuel Macron and Alexander Johnson issuing a joint statement:

“There is now an urgent need for de-escalation. We call on all parties to exercise utmost restraint and responsibility. The current cycle of violence in Iraq must be stopped. We specifically call on Iran to refrain from further violent action or proliferation, and urge Iran to reverse all measures inconsistent with the JCPOA”

Any further developments and/or escalation of tensions in this region could spook markets further and impact gold, so the informed invester would do well to follow events here.