A number of financial traders have been found guilty of spoofing, with one bank receiving a record fine. However, not everyone is convinced that the enormous financial penalties will act as a deterrent. 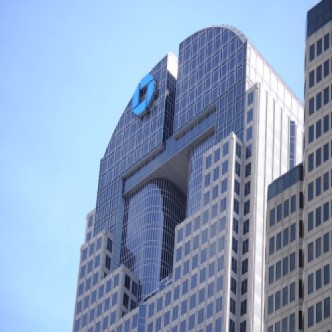 Traders from some of the major banking institutions such as JPMorgan and Deutsche Bank have been convicted of gold price manipulation with JPMorgan being hit with a $927 million. “Spoofing” which involves placing bogus trades in order to raise the price was prohibited in the US by the 2010 Dodd-Frank Act which was intended to overhaul the financial sector after the 2008 crash.

Although the JPMorgan case brought record fines, it found no-one criminally, which has led some legal analysts to question whether such penalties will act as a deterrent for any further misbehaviour.

Some experts believe that the combined efforts of the Commodity Futures Trading Commission (CFTC) and the Department of Justice to prosecute those found guilty of wrongdoing, have sent a clear message to banks that there is a clear threat of jail time. Others, however point to the growing record of violations by JPMorgan over the last 10 years with little accountability at the top levels.

According to the US resource center Good Jobs First, JP Morgan have paid more than $34 billion in fines in the last 10 years for financial offences and charges relating to competition and consumer protection, among others.

A report by industry watchdog Better Markets, said that: “Any other business in America with that recidivist record would almost certainly have been shut down by prosecutors long ago” but that larger banks are protected from any executive prosecution.

“The large fine is levied on the firm but the CEO or other top officers are not charged. Everyone is happy. The regulator has collected a large fine and the firm is happy to get the scandal off their back and move on. No one goes to jail”.

Michael Coscia, a futures trader for Panther Energy Trading, was sentenced to 3 years on spoofing charges in 2016 and was the first person to be convicted of such price manipulations.

No Negative Effects on Market Price

While financial penalties may be steep, they seem to have little or no effect on market price. Research from Columbia University’s law school looked at the largest 25 fines imposed on corporations, and found that nearly all stock prices went up on the day of their fine.

Some say that regulators are fearful of imposing restrictive trading measures on firms like JPMorgan due to their size and involvement in the financial community. This has meant that only the largest fims have gotten larger which will likely mean even less chance of any meaningful punishment.

You may be interested in our precious metals and coin news articles.