An extremely rare sovereign coin depicting Edward VIII has sold for a British-record £1 million, surpassing the previous record set in 2014 by nearly half a million pounds. The coin is part of only six sovereigns produced for a trial set in 1936. Of these six 22 carat gold sovereigns, four are held in museums and the remaining two now belong to private collectors. This particular Edward VIII sovereign was acquired by a collector from the United States in 2014 for £516,000, which was the previous record for a British coin. It has now been sold on to an anonymous collector based in the United Kingdom for nearly double that price, brokered by the Royal Mint. Edward VIII succeeded his father, George V, on 20th January 1936 and abdicated the throne in favour of his brother on 10th December of that year amid a constitutional crisis. His intention to marry the American divorcée Wallis Simpson was regarded as politically and religiously unacceptable at the time and faced with that choice, he chose marriage over the monarchy. 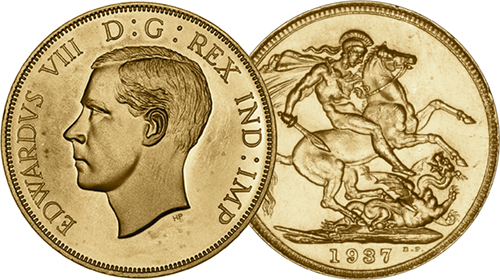 No coins bearing Edward VIII’s name or portrait were ever issued officially as currency during his short reign and only a small number of proof coin sets were struck, making them incredibly valuable in a numismatic and historical context. Reflecting his disdain for convention, Edward VIII faced left on the few coins struck during his reign which upset the tradition of monarchs alternating between facing left and right. His successor, George VI, notably oversighted this by having his portrait face left when he ascended the throne. 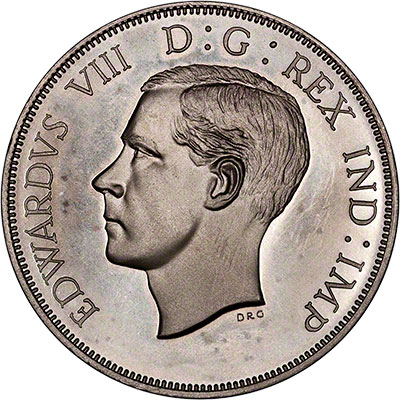 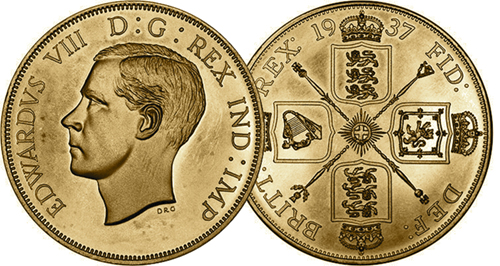 A number of unofficial “pattern” coins have been produced for Edward VIII, mainly as fantasy coins, and presumably because of the shortage of, and demand for, the real thing. The imitation fantasy "patterns" contain around £200 worth of gold. If you want one for your collection you should not pay much more than this. A genuine authentic Edward VIII gold sovereign lists at £600,000 in Spink's 2020 Catalogue, which make this sale all the more extraordinary!

We have a dedicated sovereign information page for those interested in exploring the history of this British coin.

We have a vast investment information section of encyclopaedic proportions should you wish to read more information. To examine these guides, please see our gold and silver information and advice pages.