As the price of Bitcoin continues on its ascent towards its 2017 record, supporters have dismissed claims of another speculative bubble, while its detractors are expecting repeat performance of its previous crash and burn. 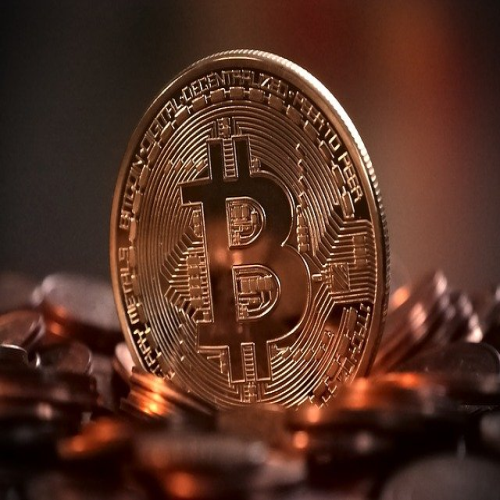 Back in December 2017, cryptocurrency fanatics were glued to their price charts as their digital assets peaked at nearly US$20,000 for a Bitcoin compared to the previous year when it traded for less than US$1,000. Unfortunately, the spike didn’t last long as the price dropped nearly 50% in less than a week.

Subsequent investigations found that a lot of the boom was due to market manipulation, with some suggesting a single Bitcoin holder was responsible.

Since 2017, Bitcoin has experienced a lot of volatility although no way near as close as its previous high.

As with many asset classes, Bitcoin and crypto saw losses in March as enforced lockdowns came into effect but rallied shortly after. Since October, Bitcoin has been on a continual ascent reaching a peak of £13,815.63 (at time of writing).

There is always speculation for any changes outside of the norm, and Bitcoin is no different. Critics have argued that we are seeing a repeat of 2017, where backers believe things will be different this time.

Advocates of Bitcoin have focused on its post-2017 evolution citing its adoption by major financial institutions such as PayPal, and the increasing number of fund managers willing to enter into cryptocurrency.

The foundations for the current bull run are seemingly much stronger than before. Where the 2017 bubble was seemingly inflated by price manipulation and worthless Initial Coin Offerings (ICOs), tighter regulation and the lack of mainstream media coverage have kept many amateur speculators from overinflating the rally. Also, Bitcoin is owned by many more people than before, due in part to a successful marketing campaign which pushed Bitcoin as an “alternative to gold”.

Cryptocurrency has had some major critics over the years, from such notable figures as Berkshire Hathaway CEO, Warren Buffet and JPMorgan chief, Jamie Dimon. Dimon, who has admitted that Bitcoin is “not his cup of tea”, is now providing services through crypto exchange Coinbase.

One argument that proponents have pushed is that “Bitcoin is special”. Unlike stocks which are based on a company that can fail, its value is based on an innovation in financial technology. According to one OP-ED, the “network effect” of more people adopting Bitcoin is already underway.

For critics of Bitcoin, the current rally echoes much of the same exuberance as in 2017. For many, the volatility and its limited use are still key factors as to why Bitcoin has yet to achieve more mainstream adoption. Bitcoin has been called the “biggest bubble in history”, by Nouriel Roubini, one of a handful of economists who predicted the 2008 financial crisis, while gold bug, Peter Schiff has also noted that this is “the biggest bubble I’ve ever seen”.

As mentioned, some of the largest critics of Bitcoin have softened in recent years, although the focus has changed. The original intention behind bitcoin of being “money” is still a long way off, while costs and energy for mining bitcoin are still relatively high.

Rather than the “money” it was intended to be, Bitcoin is still an investment asset, and a risky one at that.

Earlier in the year, many analysts pointed to the continuing rise in stock prices (and other assets), despite a global economic slowdown. This has added speculation to the existence of an “everything bubble”. A massive correction may be (over)due. The immense levels of government spending and monetary stimulus have driven public debt to record levels with the US reaching $27.3 trillion dollars.

Is it possible that a lot of this stimulus is being driven towards stock and crypto markets?

Are people moving away from precious metals and into Bitcoin because it is a better investment, or, are they looking for quick returns in an extremely volatile market?

If Bitcoin is a bubble, is it the only bubble?

Regardless of whether you like or dislike cryptocurrency, it’s here regardless. More and more are adopting it as an investment asset, which is certainly going to drive some of the price rally. However, like anything, it’s not perfect. There are still concerns over security and further concerns over the possibility of its use for nefarious purposes. Obviously, this argument tends to come from government officials who would hate to recognise government fiat as perhaps the major source of criminal wrongdoing.

Since this blog was first published, back in November. Bitcoin's price has scaled new highs, reaching over £30,000 in January 2021 and despite a number of troughs, hit a new all-time high of £47,240.05 on 14th April. This was, however, short lived as the price began to fall over the next several weeks to £24,577.49, despite an earlier rally.

The rise has been just as impressive as its fall, although many crypto advocates still argue that Bitcoin is not finished yet. So, what happened?

Unlike the 2017 bull run, which was mostly fuelled by social media speculation and the above-mentioned possibility of price manipulation, the wave of optimism surrounding cryptocurrency began by the October revelation that PayPal would be offering support to Bitcoin. Further optimism came from Wall Street institutions like Citibank and JPMorgan, who had bullish predictions for their new investment asset. Surprising, since the latter's CEO, Jamie Dimon had made numerous comments against cryptocurrency.

Arguably, the biggest hero/villain in the crypto-world during the first half of 2021 was Tesla boss and PayPal co-founder Elon Musk, who on 8th February announced that Tesla had bought around US$1.5 billion in Bitcoin and was planning on accepting Bitcoin for its products. This no doubt fuelled the next rally which pushed Bitcoin over £40,000 just 2 weeks later.

Musk's appearance on comedy show Saturday Night Live (SNL) on 8th May which saw him praise crypto, especially "joke" currency Dogecoin, did little for Bitcoin's price, which fell rapidly the following week, amid his announcement that Tesla would suspend the acceptance of Bitcoin payments. At the same time, China announced it would be banning financial institutions from accepting the currency.

What Now for Bitcoin?

The volatility of Bitcoin's price, and the ability of a single person, like Musk, to influence such wild swings has given critics confirmation that crypto is not as safe an asset as its promoters suggest it is.

For some Bitcoin advocates, these price swings are part and parcel of the crypto world with many continuing to "hodl" and "buy the dip".

It's unlikely that this is the end for crypto, but recent weeks have shown the flaws that still exist in the digital currency world. Perhaps one of the biggest has been what some have called the "Ponzi scheme" of early adopters reaping the rewards while late comers suffer the financial consequences.

Despite its ups and downs, we believe there are still opportunites for cryptocurrencies to play a part in financial transactions, which is why we have also started accepting crypto payments in Bitcoin, Ethereum and Bitcoin Cash. Click the link for more details

A quick primer on the choice between precious metals and cryptocurrency, looking at gold and bitcoin in particular.

While gold looks to return to its previous highs, analysts have noticed an increasing correlation with Bitcoin.

The new that PayPal is now accepting Bitcoin has driven prices over the £10,000 mark. However, the fine print does not seem as positive as some would make out.