The Monetary Policy Committee (MPC) of the Bank of England has voted by a 7-2 majority to hold its base interest rate at 0.75%. The two dissenting members of the committee, Michael Saunders and Jonathan Haskel, had voted for a cut in interest rates now due to below-target growth and inflation but the cautious decision of maintaining the 0.75% rate was carried. Despite maintaining the status quo, the MPC has kept the option of further rate adjustments on the agenda for future meetings:

“Monetary policy could respond in either direction to changes in the economic outlook... monetary policy may need to reinforce the expected recovery in UK GDP growth and inflation”

Like their counterparts in the United States Federal Reserve, the MPC seem keen to keep their options open. The Bank has highlighted concerns around slowing British GDP growth (reflecting the impact of weaker global growth), uncertainty around the future UK-EU relationship and projected disinflation in the short term.

Elsewhere in Britain, election fever has swept the media and the political classes, but whether this enthusiasm is shared by the public remains to be seen. The Conservatives and Labour are engaging in a war of words on spending commitments, with each party promising lavish increases in public spending. Sterling has remained steady against the US dollar, falling only by 0.76% over the last week to sit at $1.2825. This decreased volatility in Sterling may explain the fall in the gold price to £1143.29 per troy ounce, but there is also a general calm in geopolitical affairs this week which seems to have reassured markets. 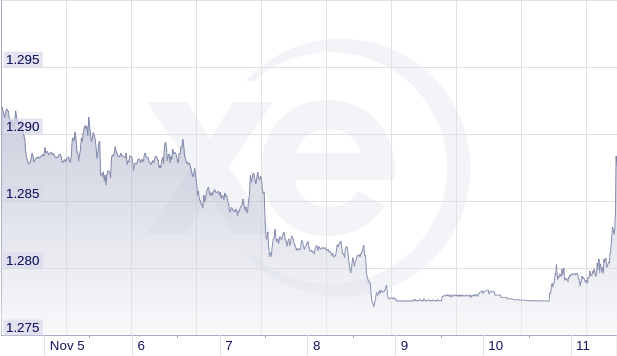 The November 2019 Bank of England MPC report can be found here.