Diversification Away From The Dollar

US foreign policy is becoming more and more aggressive right across the globe in part to the risk that the dollar loses top seat as the world currency reserve. The withdrawal from the Tehran nuclear agreement has not been met well even in classic US ally countries. Germany is now finding itself on the receiving end of this aggressive foreign policy as the Trump administration attempt to block progress of the contentious Nordstream 2 pipeline.

The whole supply chain of such a mammoth project could find itself cursed with US sanctions should Germany continue to seek gas from Russia. Any economic sanctions affecting a large swath of EU countries can only produce more resentment and this could backfire on the US. Countries are already trying to upend the dollar as the principle reserve currency and use alternatives to trade. China is pushing its Yuan as an international currency whilst attempting to reduce its holdings of US treasuries. Russia has already dropped US treasuries in favour of other currencies and precious metals. Recent sanctions on Iran has pushed the government to trade oil in Rupees instead of the dollar and use the Iraqi dinar for local settlements. Finally, Turkey is also looking at options including the national currencies of Russia, Ukraine and China. Common allies are still trading using the USD but if foreign policy pushes common allies to follow suit of America’s “enemies” the reliance on the US dollar will continue to erode.

Potential evidence of this shift away from the dollar is reflected in record central bank buying of gold where the World Gold Council reported record purchases at the end of 2018. Russia topped the gold buying list purchasing some 274 tonnes possibly using the proceeds from ditching US treasuries. 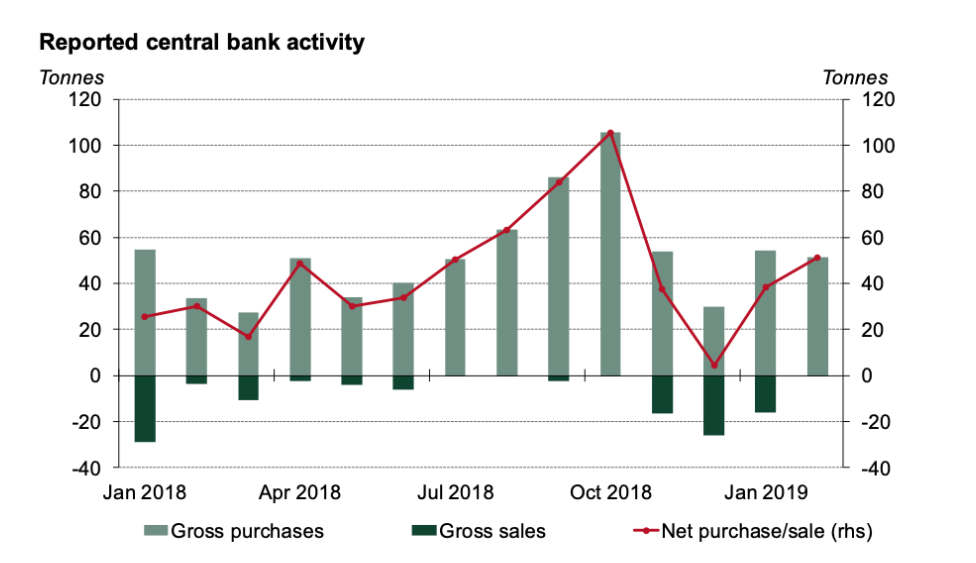 China currently holds around 1,900 tonnes of gold but this represents only a small 3% of the total reserves of the country. As a comparison they hold about $3 trillion in US sovereign debt so are still a long way off ditching the US dollar. Gold buying could be a means to balance their portfolio and reduce exposure without attempting to ditch the dollar altogether.

The big question is what replaces the US dollar when the time comes? A large economy, liquid markets including a nil default debt risk would be required and right there nothing jumps to mind. As China grows in dominance, we may see an emergence of a new international currency or possibly a return to gold but certainly the move by central banks to increase their holdings has put positive pressure on gold price. Since the buying sprees of 2018, buying remains strong and gold price remained high. 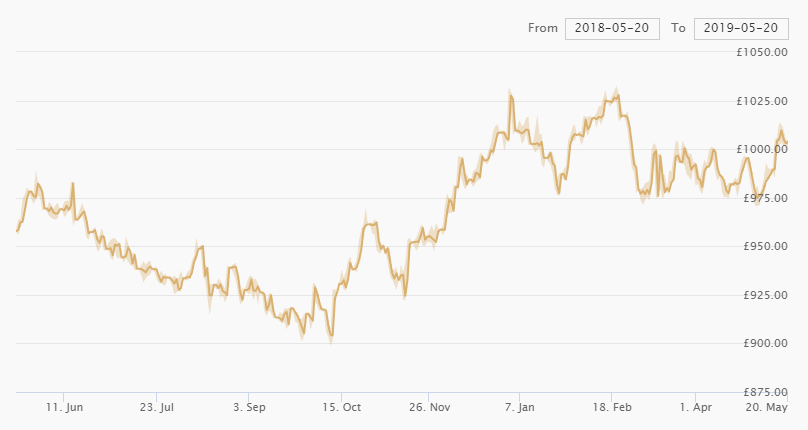