Three months after the London High Court blocked the incumbent President’s claim to Venezuela's reserves, currently held by the Bank of England, The Court of Appeal overturned the ruling meaning the case will be returned to The High Court. 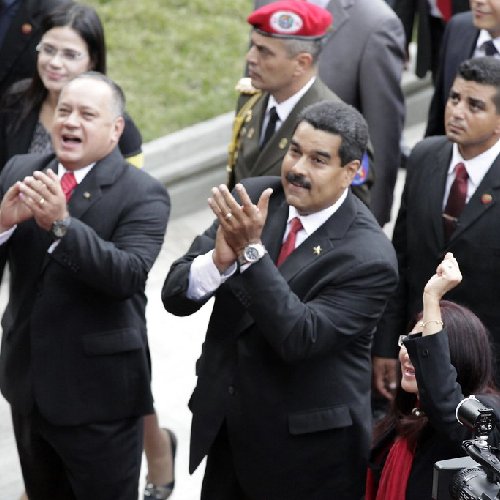 The case relates to the refusal of the Bank of England to release the Venezuelan gold after the British government recognised opposition leader Juan Guaidó as the “constitutional interim president of Venezuela”, and the previous year’s election which led to a win by incumbent Nicolas Maduro, had been rigged.

The refusal to release the gold, led the Maduro-backed Venezuelan Central Bank (BCV), to sue the Bank of England for access, but had been left in limbo as US officials lobbied their UK counterparts to block the BCV's claims.

The appeals court ruled in favour of Maduro’s government and said that the case should be reconsidered. This means that the case will have to be returned to the High Court to determine which of the two political rivals is the rightful President of Venezuela and which side is given access to the gold inside the Bank of England.

This ruling is likely to irritate the British government and its allies, who currently recognise Guaidó as the rightful president of Venezuela.

Gold to Help Maduro or Venezuela?

The BCV has said it intends to sell the gold with the proceeds being used to procure medicine and equipment through the United Nations Development Programme to fight the Covid-19 pandemic. Opposition members are alleging however that Maduro wants to pay off foreign debt to Caracas' allies.

Maduro has traded around 30 tonnes of local gold reserves for foreign currency in the last two years as the country's currency, the bolivar, continues to collapse due to hyperinflation.

A recent article by Bloomberg has reported that Venezuela is now ordering 71 tons of paper in order to print new banknotes, among which will be the 100,000 bolivar, Venezuela's highest denomination note. In US dollar terms, the high-denomination note will have approximate value of $0.23. More than 60% of all cash transactions in the country are now done with the greenback as it is.

Ironically, Venezuela is now using the Italian money printer Fedrigioni, after running up huge debts with British firm, De La Rue. A similar situation seems to have happened with the Russian state-owned printer Goznak, which also appears to have turned down Maduro's plans. Previous attempts to bring stability to the currency by redenomination and printing new bills have failed, and it looks likely this latest attempt will be no different.

It's not surprising to see the Venezuelan junta so eager to acquire the gold in the Bank of England's vaults, because it's one of the very few hard assets the beleagured regime has to fall back on.