As the days go by more and more of the 2016 12 sided £1 coins are appearing on auction sites and social media, generating a lot of questions about where, when and why? 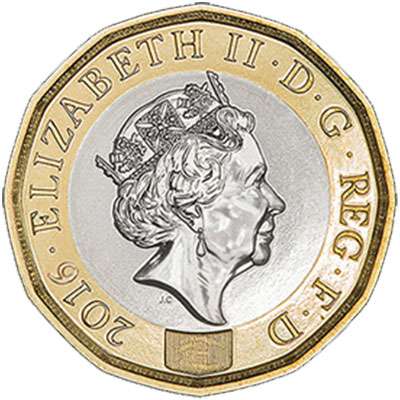 It is not unusual for mints to produce patterns and trial pieces, and we suspect that some of the new £1 coins were issued to banks, vending machine manufacturers, supermarket trolley manufacturers and possibly other key companies that were affected by the change of shape and dimensions of the new twelve sided £1 coins.  However, we should imagine that these were issued under contract and should have been returned to The Royal Mint, although it does not look like this was the case.

And then, there are the bags of 2016 new £1 coins that have been issued in banks, much to the surprise of the cashiers, customers and media. The Royal Mint have now confirmed that over 500 million twelve sided £1 coins have been issued with the 2016 date. We have seen a number of different 'trial' pieces - one of which is a defined trial piece with the wording TRIAL PIECE and several which are the same as the ones which are now in circulation.

We have been seeing the new £1 coins listed as rare on popular auction sites for a few months now, but we have also noticed that the auctions have often been taken down prior to the listing ending - presumably because The Royal Mint have been keeping a very close eye on them.

We have seen the odd coin listed at as much as £200, but who knows whether the sale actually completed at that price.

Why Did The Royal Mint Make Twelve Sided £1 Coins Dated 2016?

So, in addition to the reasons listed above (vending machines, trolleys, etc) why did The Royal Mint make the new pound coin in 2016?

We should probably say at this point that we have no insider information.  However, we do have years of experience and can speculate...

It may be that they started producing the coins last year to help with supply.  After all, they are said to be releasing 2.2 billion of the new twelve sided £1 this year so that is some level of production.  As any manufacturer will tell you, it makes sense to try and predict supply and demand and to get ahead of schedule.

Then, there is the somewhat sensitive issue of The Queen - if she had died or abdicated prior to the end of 2016 / very early 2017 then the 2017 coins would have been produced with the portrait of our new monarch.

Imagine if The Royal Mint had produced 2.2 billion coins dated 2017 only to have to melt them all down and start again!