We have been in business for over 55 years, so we have plenty of expertise when it comes to identifying suspect coins of any kind. One date which always arouses suspicions are coins issued in 1887 for Queen Victoria's Golden Jubilee. Numerous counterfeits exist; most are obvious and easy to spot, but there are some which are high quality, and more difficult to spot.

Recently, an owner of a suspect 1887 gold £2 coin (double sovereign) came in to our showroom and asked us to check if his coin was genuine. He had recently bought it from a Birmingham-based competitor. Click on any of the images on this blog to see higher resolution images. As mentioned, some fake coins are easier to identify than others. The tell-tale signs include the colour of the coin if it is too shiny or too dull, but other questions should be raised: Is it a grainy texture? Are the milled edges too sharp? Is the weight of the coin correct? Does the ‘sound’ of the coin appear off? Does the date and mintmark match official records? Is the die axis aligned?

For a comprehensive list, please see our Fakes, Forgeries and Counterfeits – Sovereigns Article. 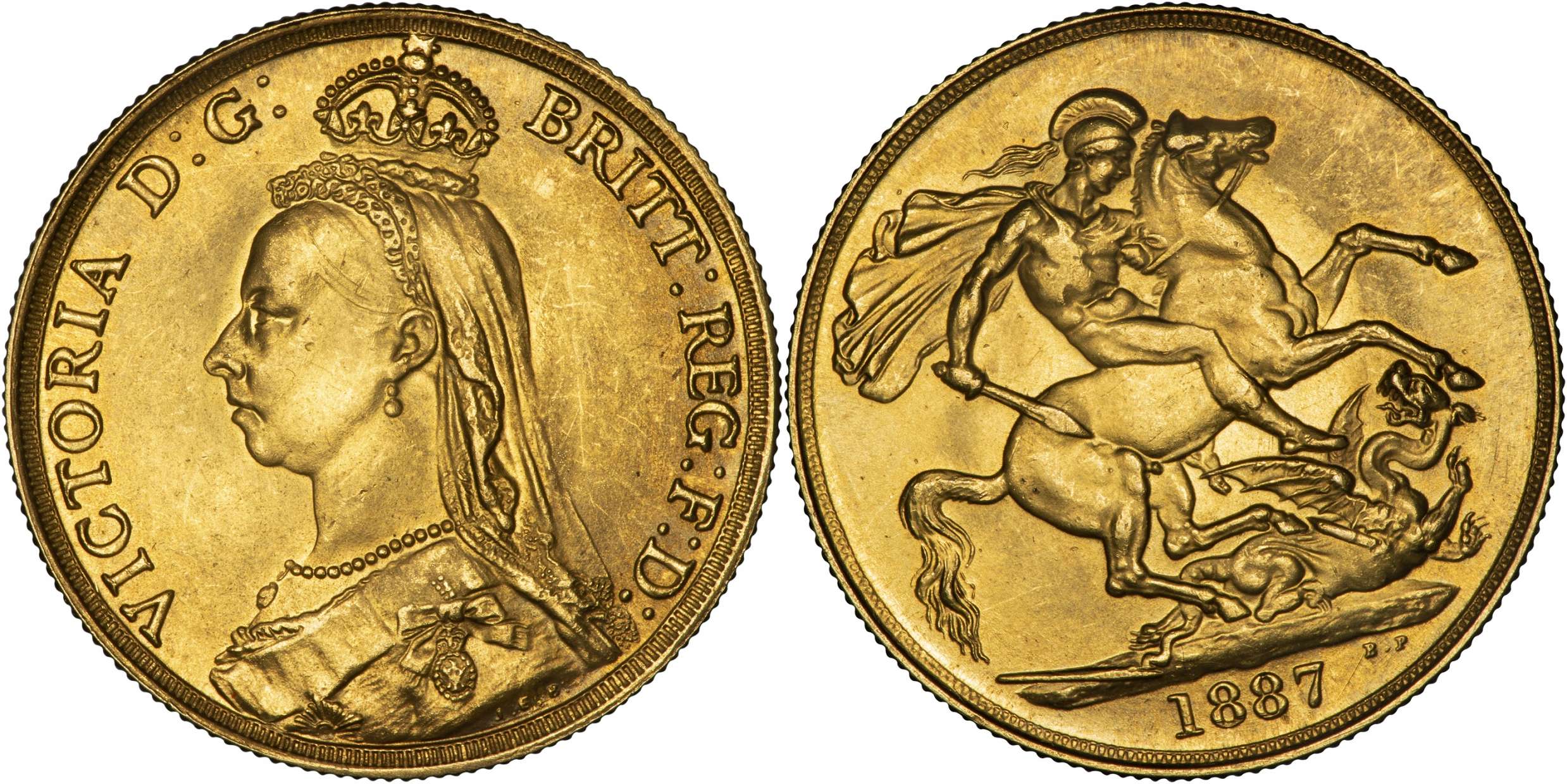 The double sovereign in question is so obvious a fake that any average person on the street could probably tell it was counterfeit. The most glaring feature of this coin is the very noticeable misaligned die axis, which would flag up massive concerns around the coin’s authenticity to any reputable coin dealer. Other suspect features include the poor quality of the reverse engraving of St. George and the Dragon, the contrasting colours on the coin and the differences in the date’s strike quality when compared to a real coin.

This coin was sold as a genuine 1887 double sovereign by a company which supposedly has an unrivalled passion for coin dealing. The fact that this isn’t the first time this particular dealership has been caught out selling fake gold coins is very concerning, both for innocent investors and for its more honest competitors.

We tested this ‘coin’ through our Niton tester and got these results. Although the tester is not precisely accurate, it gives an indication as to whether the double sovereign is real or not. Figures shown are as parts per thousand, with tolerances shown in brackets: 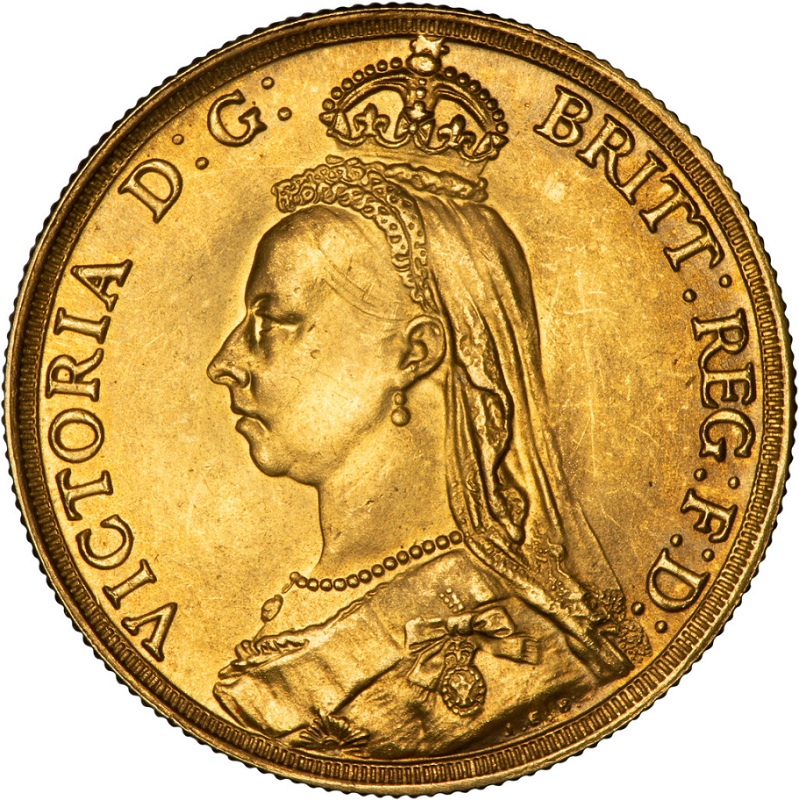 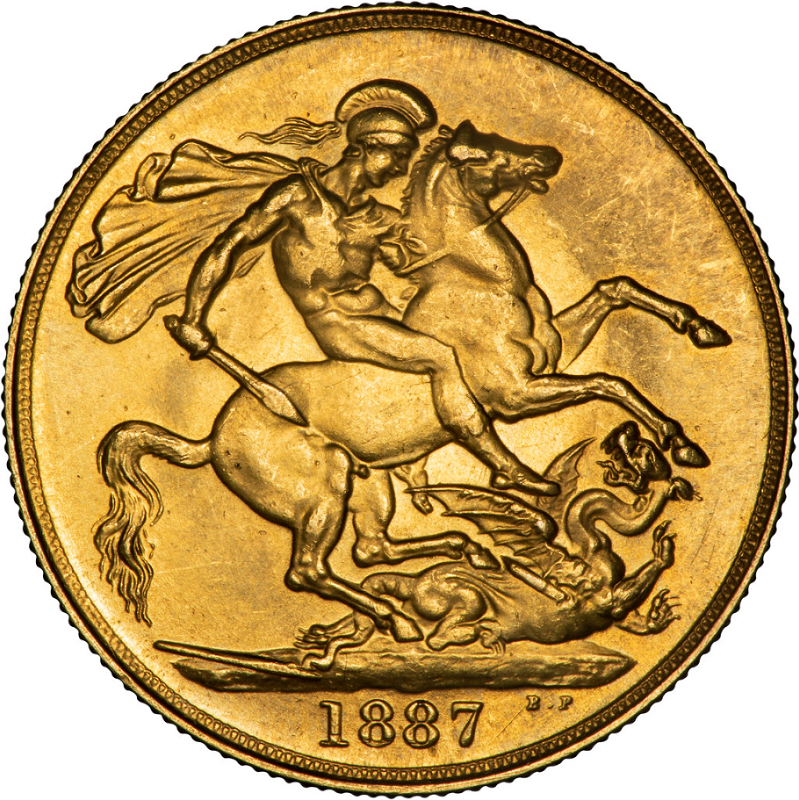 We would expect a double sovereign to roughly test as follows:

Mistakes do happen, which is part of being human. Such things can happen to anyone, but should be a rare occurrence. When these things happen too often because of incompetence or ignorance, then the end result is honest businesses and investors lose out. We and others compete against this business, so it is grossly unfair when this dealership sells on fake coins, sometimes at lower prices than us, but often higher. Innocent investors also have to deal with the fallout of having bought a forgery, which is nowhere near as valuable compared to the genuine coin.

Our company director, Lawrence Chard, had this to say:

“For quite some time I have had an open mind about the quality and authenticity of coins supplied by this particular dealer, suspecting that they may have included a number of sub-standard coins, and possibly fakes.

“A few months ago, it came to our notice that a different coin supplied by the same dealer was not only a fake, but a very obvious fake. The buyer gracefully assumed that it must have been supplied by accident, and this can happen to the best of us, but very rarely.

“When I checked, the dealer's webpage for that coin type still displayed a photo of an obvious fake, weeks or months after the coin mentioned had been returned as counterfeit.

“My conclusion from that occasion, reinforced by this one, is that the dealer in question has little or no expertise in detecting forgeries, and presumably little or no interest in improving his knowledge and skills. I think the business owner should not be in this business. What he is doing is unfair competition for our company, and all other reputable professional coin and bullion dealers. He is also undoubtedly cheating numerous innocent, trusting, unwitting buyers.”

All the coins we buy and sell are authenticated as genuine. We have over 55 years’ experience dealing with all kinds of gold bullion coins, so we feel we are well-placed to refer to ourselves as expert numismatists.

We are not afraid to call out such malpractice undertaken by direct competitors, because such actions are incredibly unfair and serve to undermine trust in our industry. We would expect such unscrupulous behaviour from some backstreet pawn shop brokers and the numerous fraudsters on eBay, but from a supposedly legititmate dealer, this episode is all the more disappointing.

Forgeries of most coins exist, gold sovereigns are no exception. We illustrate a selection of fakes. Only buy gold coins from a reputable dealer...

Read our blog to discover more about the fake 1958 sovereign.

A massive scandal has emerged in China, concerning the issue of fake gold bars as collateral against loans totalling approximately $2.8 billion.