Will The US Economy Recover From Covid-19?

Following months of aggressive fiscal measures, “unlimited” Quantitative Easing and the lowest interest rates seen in recent years, the expectations ahead prior to the head of the United States Federal Reserve, Jerome Powell’s speech on Wednesday were dismal. Amidst reports of global economies contracting and millions finding themselves  unemployed, hopes of a V shaped recovery bear more resemblance to a pipe dream, so has the Federal Reserve stepped in to tend to the wounds of SME’s and the nation’s workforce? 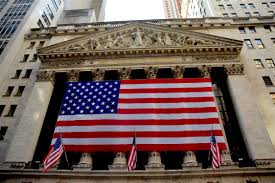 The US Economy Sees Worst Contraction In Decades

Reiterating that the success of the US economy is largely in the hands of coronavirus containment efforts, Wednesday saw Powell give an address entirely absent of conviction, merely recognising that sinceJune's spike in covid infections  job growth has slowed down, hitting smaller businesses the hardest.

Commenting on the future of America’s hospitality sector, an industry severed by its non-essential status the world over, Powell commented “a large number of people are struggling to get back to work” ... “There won't be enough jobs for them”; in a statement that underlined the need for increased support and refined fiscal policy.

Coming only a day before some 17 million American’s supplemental jobless aid expires, the scale of the virus’s influence on the nation’s economy became clear as the Bureau of Economic Analysis reported a gross domestic product contraction of 32.9 percent. Whilst a shrink in GDP is to be expected after months of reduced personal spending, heavily impaired exports and logistical disruption when compared to the previous three months, the US economy showed a 9.5percent slump, the worst contraction seen by the superpower since a similar decline was experienced in the first quarter of 1958.

Perhaps we are seeing the fears of opening the economy prematurely, only to have a renewed surge in Covid cases bring the nation’s monetary infrastructure to its knees.  Whilst Powell did concede the “pace of recovery looks like it has slowed” and the head of the Federal Reserve wasn’t dismissive of a rebound across the labor market.  The days since the Wednesday's announcement haven't seen any decisive action, but the Fed remains in negotiation with Congress in attempts to cushion the blow a second wave will certainly bring, hopefully avoiding echoes of March’s crash.

Alongside rock bottom interest rates and the possibility of extending unemployment benefits by $600 a week, the central banks efforts of keeping the economy afloat has resulted in a scramble for government backed bonds and the rollout of nine emergency lending programs, all of which make credit more accessible at a time that could see the fiscal crutch be leaned on more than any other financial downturn in recent memory.

Despite the startling figures, the USA is certainly not alone after Germany reported similarly staggering declines in economic activity earlier this week. Confirming the fiscal support packages will remain “until we’re very confident that the turmoil from the pandemic and the economic fallout are behind us.” it looks like the “new normal”, could be further away than first expected.

You may be interested in reading through our precious metals and coin news section of our website.

Alternatively we recommend the following: