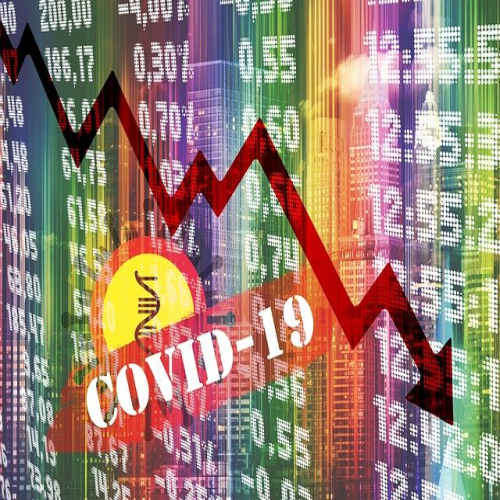 The increasing possibility of more restrictive shutdown measures in a number of European countries sparked an offloading of assets early Wednesday morning leading to a 2.8% decline by midday; a 5% reduction since last week with bank stocks being among the hardest hit.

The sell-off comes ahead of the expected announcements of German chancellor, Angela Merkel; and French President Emmanuel Macron; that new measures to combat a second wave of the Covid pandemic which appears to be spreading across Europe.

Investment strategist at Vanguard, Alexis Gray said: “We’re facing unprecedented uncertainty and that’s what the market is struggling with”.

The volatility in European markets sent ripples into the US markets with the Dow Jones index falling nearly 500 points. The US, with its upcoming election is already under a great deal of uncertainty with hopes of a new stimulus package being put back till after the 3rd of November.

Will There Be an Upswing?

With merely a week to go till the U.S. election, another European shutdown adds further downward pressure to the market. Chief economist at Lombard Odier, Sammy Chaar is more optimistic saying that the current volatility is limited. Chaar said: “It’s very different to the start of the year when we had the convergence of everyone shutting down” adding “While Europe is shutting down, Asia is reopening”.

You can keep track of live gold and silver prices by clicking on the images below: