Farewell to The Last Round Pound

This is our blog. If you are interested in buying One Pound Coins cllick this link.

We Say Goodbye to The Last Round Pound

Earlier in 2016, the last round one pound coins were struck. The 2016 coin was the last time round designs were released for these popular £1 coins; The Last Round Pound and the Royal Shield. The 2016 Last Round Pound coin was not released into circulation which was disappointing news for the many coin collectors who look out for new designs in their change. 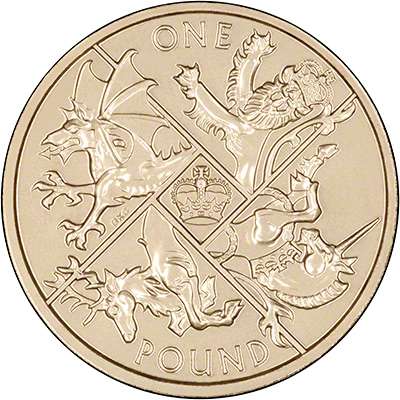 The Last Round Pound!

Gregory Cameron’s design brought together elements of the pageantry of the United Kingdom. Unfortunately this coin was only available as part of the 2016 coin sets or in individual presentation packs, it wasn't released into circulation.

The gold sovereign was the original ‘pound coin’. It was first issued in Henry VII's reign in 1489 as a hammered gold coin with a value of one pound sterling. The gold sovereign made a come-back in 1817 as a result of the Coinage Act of 1816 when the British government agreed for a modern sovereign to be issued with a face value of twenty shillings/one pound. The sovereign was used as a pound coin until the First World War after which it was largely replaced by the one pound banknote. The sovereign was withdrawn from circulation in 1932 when Britain left the Gold Standardbut was re-introduced in 1957 as an investment gold coin. It has a nominal value of one pound and is classed as British legal tender - but whatever you do, don't use it to pay you bill, it is currently worth £313.27

The Introduction of The Modern Pound Coin

The new pound coin was launched on Queen Elizabeth II’s birthday, 21 April in 1983 and was created to replace the £1 banknote which was prone to becoming tatty within weeks of circulation. 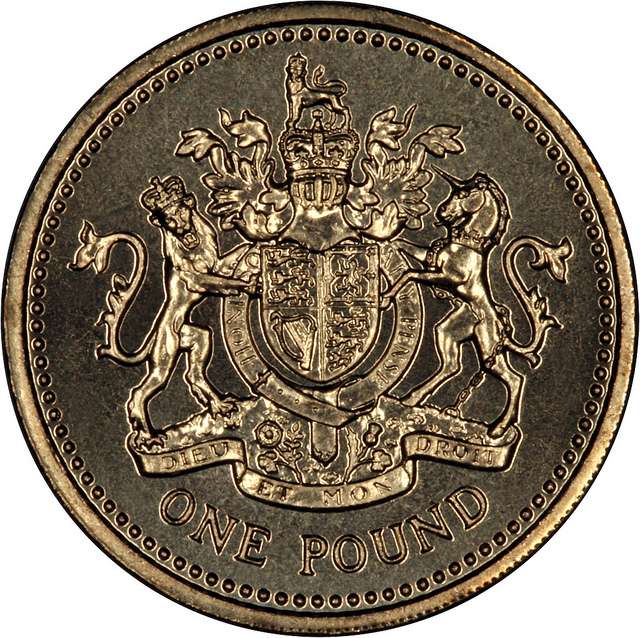 This new pound coin was more durable and cost effective although many commented that it was rather thick and not particularly attractive. Due to the shiny gold coloured finish of the coin, this is often mistaken for a gold coin.

Sound as a Pound?

Unfortunately, the round pound coin proved to be particularly vulnerable to forgery. The British government takes the integrity of British currency seriously and saw that extreme measures to ensure higher security features in British coinage were needed. Other countries such as the Royal Canadian Mint have invested heavily in advanced security minting technology to guarantee confidence in their coinage.

George Osborne stated in his 2014 Budget statement that:

“One in 30 pound coins is counterfeit, and that costs businesses and the taxpayer millions each year”.

New Coin on the Block

In 2017, we will see the introduction of the first ever 12 sided £1 coin; this coin will replace the round £1 coins which will be demonetised  in 2017. The twelve sided one pound coin will bring back memories of the old brass threepence coin (threepenny bit), the first coin that featured Elizabeth II’s portrait and which was withdrawn in 1970. 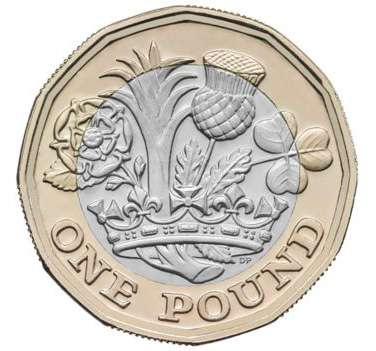 Over 6,000 designs were submitted in a competition to create a design for the reverse of the one pound coin which embodied Great Britain. The winning design, by David Pearce, a 15 year old schoolboy from Queen Mary’s Grammar School in Walsall, encompasses the four national flora symbols of the United Kingdom; a rose, a leek, a thistle and a shamrock sitting within a crown which has similarities to St Edward’s crown. Pearce was notified that his design had won by a personal call from George Osborne,Chancellor at the time.

The Royal Mint is responsible for ensuring that the public remain confident that the British coinage that it issues is genuine. It uses a "trusted aRMour® full-plate technology" called iSIS (Integrated Secure Identification Systems), which promises to embed security features within the coin.

When The Royal Mint revealed the design in 2015 for a new 12 sided one pound coin they said it was the “most secure coin in the world”. It is due to be released into circulation in March 2017. The coins will be bi-metallic in structure and appearance and will be authenticated using high speed automated detection. It has not yet been confirmed exactly what procedures will be included but we anticipate various metals being plated over a steel core together with laser  micro-engraving and complex design features which will prove difficult to replicate.

The edges of the new coin will alternate milled edges and a plain edge with an inscription of the date in Roman numerals.

** This figure will be updated when the 2016 mintage figures are released.

The following features can be an indicator of a fake £1 coin:

It is believed there are currently over 50,000,000 fake one pound coins in circulation. A great deal of investment has been made in the future production of these coins, we look forward to hearing their plans for ensuring that their higher value products such as sovereigns, gold and silver bullion coins and commemorative coins and medallions are not subject to forgers. Particularly in light of their much publicised move into the bullion market.