Welcome to our price review where we discuss precious metal prices and world events causing a stir!

Brexit, a stagnating pound and trade wars contibute to this months fluctuations...... 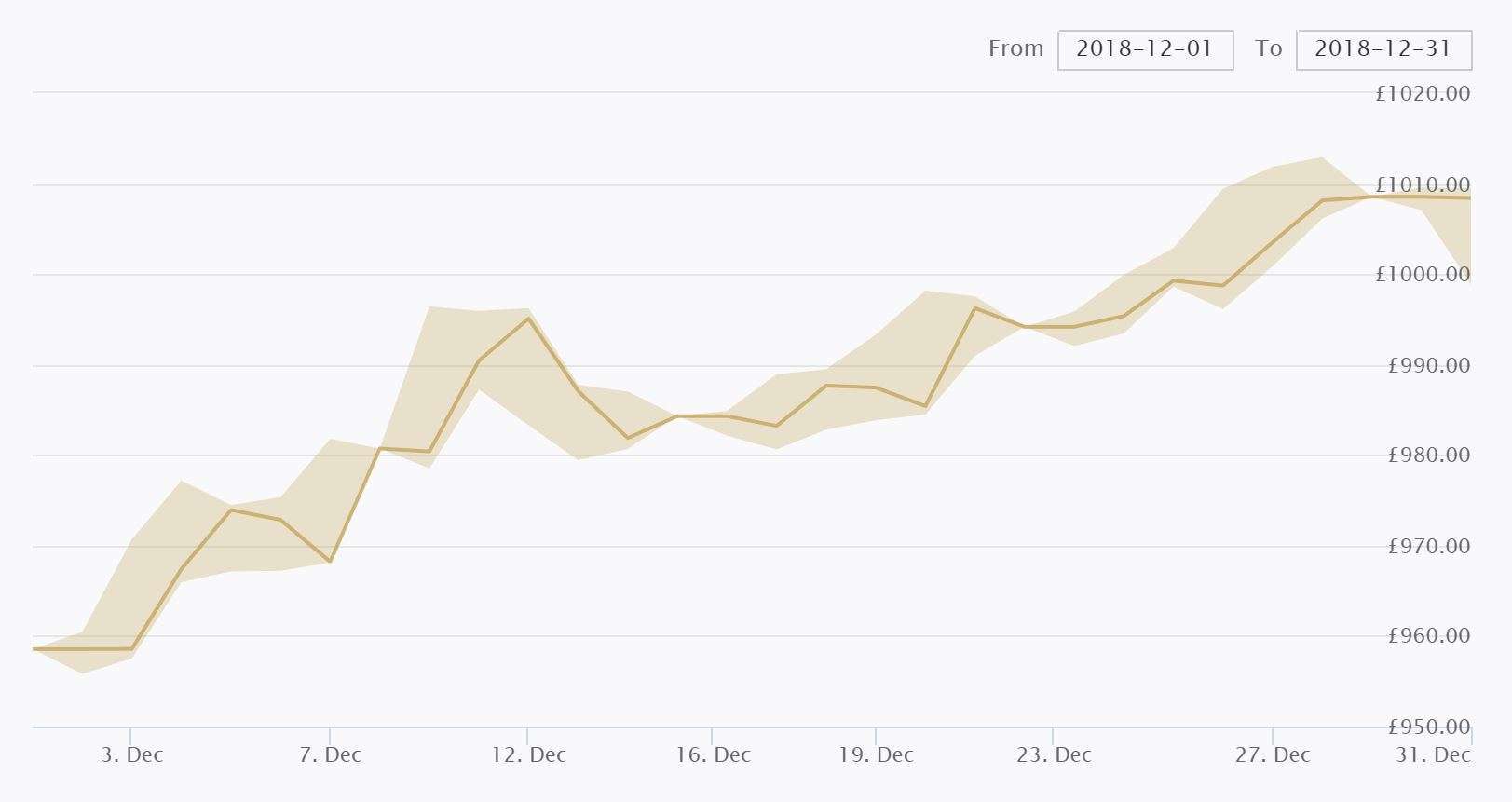 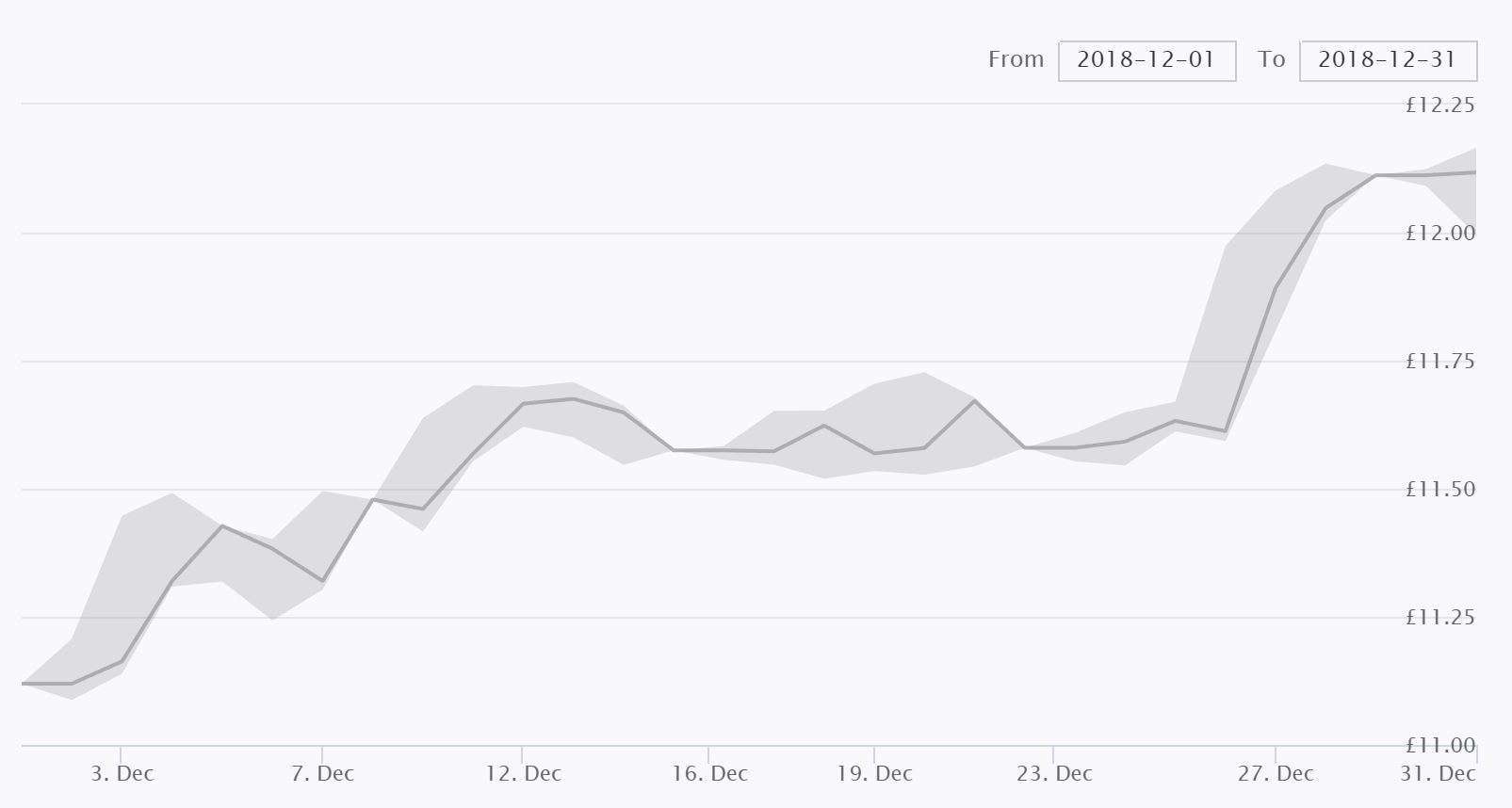 Theresa May lost a Commons vote on Brexit legal advice at the beginning of December and has been forced to publish the advice. This is the first time in history that a British government has been in contempt of Parliament.  Sterling fell to $1.2672 an 18th month low following the historic vote. Mark Carney declared the Norway solution a risk for financial stability and went on to tell parliament's Treasury select committee "We would not be comfortable outsourcing supervision of this incredibly complex and important financial sector….. one that in living memory brought the country to its knees". The Norway option would leave the UK subject to EU rules that it could not influence. To add to Mrs May's woes the ECJ claimed the UK could unilaterally end the Brexit process giving the anti-Brexit camp something to cheer about.

On 12th December Theresa May headed to Brussels to re-negotiate what appears to be a fairly bad deal for the UK after having survived a vote of no confidence spearheaded by eurosceptic MP's. I have previously said the EU would not allow the UK to get a good deal due to a risk of contagion in other eurosceptic states. We shall see if the Prime Minister has any cards left to play apart from any deal being better than no-deal! I do hope no deal doesn't become a fait accompli if talks break down any further! We would like to direct you to Andy Serki's parody of Theresa's deal as it couldn't better sum up the mood! The ECJ rules that the UK can remain sovereign and unilaterally revoke article 50 which surely would be better than no deal if it came to it.

After a failed mission to renegotiate with the bloc businesses were reeling in horror as the government seriously considers a no-deal divorce without offering any support to adjust and make plans. Calls for a second referendum start to echo around the chambers of Whitehall and right now it's understandable that investors are avoiding the UK. I can't see this changing until the government can give some definitive answers on what will happen come the 29th March. Norway has publicly come out stating they would not welcome Britain into the EFTA and cannot understand how the UK could accept EFTA terms in their pursuit of absolute sovereignty. On the opposite benches Labour appears to offer no alternatives with Jeremy Corbyn unable to take a clear stance on the matter leaving the Conservatives the pick of a bad bunch!

In the first week of December the pound dropped 0.4% against the dollar reaching a one-month dipping below the $1.27 mark before recovering to $1.277 as of 5th December. The main driver for this being the historic and impending Brexit vote on December 11th. The ongoing political turmoil is adding to concern that a no-deal Brexit is increasingly likely.

Following the unsuccesful coup in the Conservative party the pound rallied climbing 1% to $1.2612. This comes after the pound reached a 20-month low of $1.2482. The FTSE 100 and FTSE 250 climbed 1.2% as most trade is in non-GBP and most companies are buffering sterling volatility rather well. Currency investors are rightly cautious and many foreign investors are steering clear for the short term at least. Regardless of what deal is struck we can expect the pound to take a bettering over the coming months.

As of Dec 20th the pound currently trading at $1.26758 up 0.5% from last week. For 2019 analysts are forecasting the pound to trade as high as $1.59 or plunge to $1.10. This huge window cannot be narrowed due to a lack of any precedent, benchmark or clear understanding of what on earth is going to happen!

The BoE has decided to keep interest rates at 0.75% amid Brexit uncertainty and this week Britain dropped to 7th place as the world’s largest economy below India. Adding to UK woes the country has been toppled as Europe's biggest private equity market as investors await clarity and focus efforts on the bloc or further afield.