The World Trade Organisation has given the People’s Republic of China permission to impose trade tariffs to the value of nearly $3.6 billion on the United States. In an arbitration report, the WTO found that the US was dumping steel and aluminium and signalled that China had a case to impose punitive tariffs on these goods.

The measure could escalate tensions at a time when China and the US were preparing to sign an agreement in the first phase of a trade deal, which would compose around 60% of a full agreement. The first phase signing was supposed to be signed at the APEC summit in Chile but civil unrest in Santiago has forced the local authorities to cancel the event. This has sent American and Chinese officials struggling to find an alternative venue to sign this first phase agreement.

It should be noted that these tariffs authorised by the WTO are miniscule in comparison to other trade barriers imposed by Peking against Washington. Significantly, this is the first time an WTO arbitration has ruled in favour of China.

Since the election of Donald Trump, the US has been increasingly critical of how the WTO operates and has consistently threatened to disrupt procedures within the organisation. While this ruling may seem trivial when compared to the other big issues in the Sino-American trade dispute, its symbolism may see a further deterioration of relations between the two largest economies in the world. 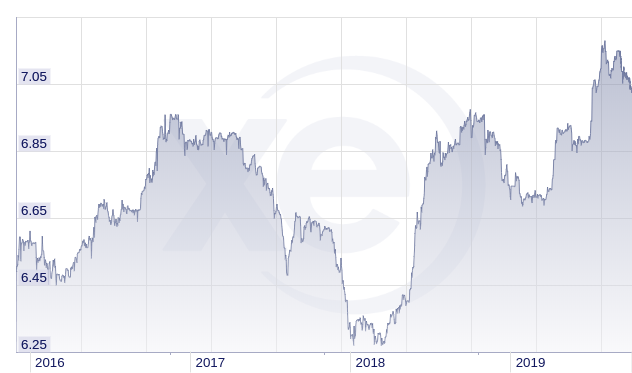 You may wish to read more articles in our precious metal and coin news section.

A copy of the arbitration report can be found here.