A wave of optimism has flooded America after Joe Biden took the oath of office and became the 46th President of the United States. What can we look forward to in the next four years, and what challenges await the new President? 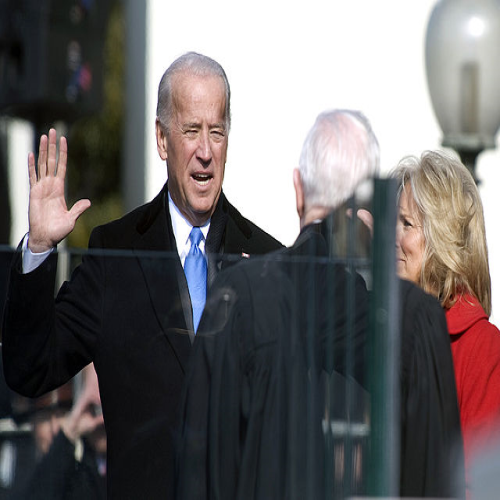 A key theme of Biden’s inaugural speech was one of unity. Understandably, Biden’s 40+ years in politics have given him an edge over Trump whose impromptu and often hyperbolic addresses, although effective, did little to calm political tension, either domestically or internationally.

In this respect, Biden is a breath of fresh air. His demeanour throughout the speech was much more polished than the previous president, and a big improvement since some of his debate appearances which saw him flustered and aggravated by Trump.

Biden appealed to his opponents with a simple and calm “Hear me out...”, pleading that disagreements should not lead to disunion, and promised to fight “as hard for those who did not support me, as those who did”.

The inauguration of President Biden was never going to be a normal affair. The 4 years since Trump’s election have been fraught with vitriol and mudslinging from both sides of the political and media spectrum.

Both Trump and Biden inaugurals were marred by protests although the timings were quite different. Requests for demonstrations for the 2017 inauguration began the previous December with groups of supporters and opponents of Trump applying for permits to demonstrate.  A number of violent clashes and even riots were reported in the following days although the classification varies from “coordinated disruptions” to “violent protests”, depending on the news source. Protestors smashed windows and torched cars in major cities such as Los Angeles, Chicago, New York and Washington DC.

True to form, Trump’s final days were just as turbulent as the rest of his term, if not more so. The 6th January 2021 saw swathes of protestors storming the Capitol building in Washington DC. Whether Trump directly or indirectly incited the riot is still up for debate, but it looked to be the final nail in the coffin for Democrats and a number of Republicans.

Due to COVID, nearly all of the attendees wore face masks, while social distancing meant there perhaps not as many people present as would have been under normal circumstances. The other main difference between Biden’s inauguration and those previous, is the armed presence of the National Guard along with razor wire fences surrounding the ceremony. This certainly gave Biden’s swearing-in a darker and more militaristic tone.

New Problems and Issues Ahead

Obviously the most pressing concern for the new president is how to deal with COVID. A $1.9 trillion stimulus package has already been approved after Congress stalled on the previous plan. During a recent press briefing, Biden’s picture of the pandemic was particularly bleak saying “there’s nothing we can do to change the trajectory of the pandemic in the next several months”. Along with an expected death toll of over 600,000 this is not the news that Biden's supporters would have wanted to hear.

The continuing stimulus is expected to harm the dollar further with many investors already moving in to precious metals and cryptocurrency. America’s national debt surpassed the $27 trillion mark back in October and has no sign of stopping, let alone reducing. According to The Peter G Peterson Foundation, this equates to $83,958 for every single person in America. Matters are not helped with the appointment of former Fed chair Janet Yellen’s appointment to treasury secretary. This appointment marks the first time a Fed official has become treasurer which blurs the lines separating the central bank and the government.

The immigration debate which was arguably the vein of Trump’s campaign, has been partially addressed as Biden seeks to end some of the policies which his predecessor enacted such as the Mexico border wall which is reported to have cost around $15 billion.

Foreign policy will also be a defining factor as Trump’s abrasive attitude alienated many European leaders as he backed out of both the Paris Climate Agreement and the Iran nuclear deal, while also slapping tariffs on European steel and aluminium. His costly trade war with China reportedly cost $1.7 trillion in stock market values according to Forbes.

Despite some groundbreaking meetings such as with North Korean premier Kim Jong Un, and assisting the normalisation agreements between Israel and several Arab states, they were also not without controversy. The latter being particularly contentious as some felt it disregarded the needs and safety of the Palestinians.

A Long Road Ahead

Biden has certainly got his work cut out for him both domestically and internationally. Skyrocketing debt and increasing Covid cases, a stalled economy with no clear signs of a restart, not to mention a divided nation with both factions seemingly hell bent on destroying each other.

Biden is certainly a talented politician, which is probably why he’s been able to stay in office for so long. His rhetoric is certainly more palatable to most, it will be his actions that count.

The American economy is in trouble. Endless stimulus, rising unemployment and a declining dollar are not going away soon. The longer Biden waits to allow the economy to return to normal, the longer the recovery process will be. Ending Trump's trade wars, reducing taxes and allowing the market to operate fully are some of the steps the new president can take to help this return to normality.