Asteroid is so Valuable, the Zeros Won't Fit in the Title!

The Hubble Telescope has discovered what is believed to be an asteroid so valuable in metals, it could be worth about 10,000 times the global economy in 2019. 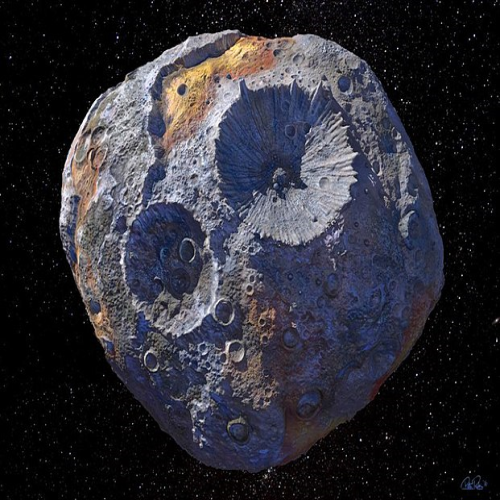 The asteroid which was first discovered in 1852 by Annibale de Gasparis and is located in the asteroid belt between Mars and Jupiter, is named after the Greek goddess of the soul.

Recent discoveries by scientists have concluded that its high density implies it is made of mostly metals, most likely iron, with an estimated content worth $10,000,000,000,000,000,000 or $10 quintillion. Earlier reports had suggested the possibility of gold deposits although, according to the latest scientific report, this appears to not be the case.

A NASA mission to the asteroid is set to launch in 2022, in order to understand its composition and topography. Scientists are still questioning the asteroid's possible origin with most prominent theories being that it is the dead core of a planet that failed to form or the result of multiple collisions in its past.

News of the discovery has been fairly sparse over recent years, but earlier reports showed a belief that the asteroid contained large quantities of gold and other precious metals. Despite no mention of gold in the latest report, some articles are still making sensationalist claims that the amount of gold contained in the asteroid would make “everyone on Earth a billionaire”. This is a somewhat ridiculous claim, as a market being flooded with such a rare commodity would immediately devalue it, rendering it nearly worthless.

Misunderstandings of basic economics aside, the news does make interesting reading; plus, if there is any likelihood of a large accessible supply of metals, it would be interesting to see the effects on markets. Till then, gold will keep its role in investors’ portfolios.