The prices of precious metals are fixed in London in auctions independently operated and administered by the ICE Benchmark Administration (IBA). The fix allows for a more streamlined process of buying and selling and is used by gold mines, refineries and central banks. The fixes for gold start at 10:30am and 3:00 pm London time, with the silver fix beginning at 12 noon. The length of time taken to reach an agreed fixing price can vary. Nowadays it is often reached in minutes, but we have known it to take several hours on at least one occasion in the past. 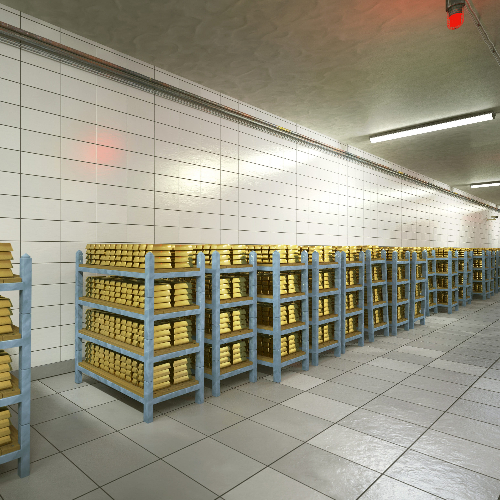 Bullion dealers will use either the LBMA prices, better known as the ‘London fixed price’, or the live ‘spot price’ when buying and selling precious metals. The fix price may well differ from the live spot price.

The benefits of using the fix price as a reference is it adds certainty to tranactions and simplifies exchange processes, as both parties are not required to haggle over an ever-changing precious metal spot price. Generally, this means lower premiums can be applied to precious metals and lower prices passed on to investors.

All times quoted are on London time.

This leaves a slight chance of confusion when the United Kingdom is on daylight savings time, which is one hour ahead of Greenwich mean time (GMT/UTC). The fix timings do not change, so for over half the year the fix timings for gold are actually 9:30am and 2:00pm GMT/UTC. The LBMA state very clearly on their website that the timings are on ‘London time’, so the fixing times stay the same when the UK time changes in March and October.

In a one-off transaction, a “spot price” or “over-the-counter" (OTC) price is given as trading price. There may be a premium to pay, but that spot price is the price that the gold was traded for.

On a trading floor, or when multiple trades take place at the same time, between numerous buyers and sellers, it is not as easy to set a single price.

However, a benchmark price is set which traders use to base their trades on. This is known as the LBMA Price Fix. It is set by members of the London Gold Pool through an auction process which creates an average of traded prices.

Members of the Gold Pool will have a number of gold orders by their clients or orders on their own behalf. The chairperson will begin the process by offering a price near to the spot price. The other participants will work out their positions after they simulate all their trades at the given price. If the amount of gold sold is equal to the amount of gold sold, then the price is fixed.

There can be imbalances, for instance where the simulated trades show that the amount of gold the banks proposed to buy is lower than the amount proposed for sale. If there is more potential gold bought than sold, the price must be raised.

The process will be continued until the correct price is found.

Once the price is fixed and released (10:30am and 3:00pm London Time), traders work around this benchmark to buy and sell their clients orders. These maybe below or above the spot price, but the fix will stay as the trading benchmark until the next cycle.

A common error is for people to think the fix price is a ‘fixed price’, as in today's price or this morning's price, and that all precious metal transactions for the whole morning, afternoon or day, are carried out at the fixing price. This is not true.

The fix price is the price at the exact instant in time at which it is agreed. Within seconds it will be trading at different prices. Amateurs, and also many who should know better, may then wonder what is the point, and why it is called a fixing price. The simple answer is that the LBMA members use it to establish a market price which is fixed only for that precise moment, at which they can balance their sales and purchase requirements, including orders and commissions from clients.

We ourselves often use the London gold fixing as a basis for our transactions with other professionals, but we find most private investors are happier for us to quote them a current ‘spot’ price for gold. Unfortunately we cannot offer to fix orders for private investors on the LBMA price for now, but we hope this could change in the future.

When we deal on the basis of a London fix, it will always be a future fix, often the next one, but not necessarily. We will agree to buy, or sell as the case may be, a fixed amount of gold in the form of bars, Krugerrands, sovereigns, or other bullion formats, at either a percentage or a fixed amount relative to the fix. Neither party knows what the actual striking price will be, but this is usually not a problem. It is also possible to place a conditional order, for example to buy 500 ounces at the next fix, subject to a limit, so that if the fix is above a certain level the transaction will not be concluded.

The concept of dealing at an unknown price may seem strange to some, but for most precious metal professionals, any plusses and minuses usually average out over a period of time. It saves much time which would be wasted in haggling about two different views of the market.

During 2014, big changes were made to the London Gold Fixes, largely as a side effect of a number of banking scandals, such as LIBOR rigging. The LBMA conducted surveys amongst its members and other market participants. There was concern that the long-standing arrangements could be open to manipulation. To allay fears and suspicions, changes were made. The fixing is now done by the London Gold Fixing Company, and as of March 2015, ICE Benchmark Administration (IBA) became the official administrator of the new pricing mechanism.

Many people, including most of the media, are under the impression that the gold price is fixed in US dollars only. Prices are available in sixteen other currencies, most notably the pound sterling and the euro, but they are indicative prices for settlement only. We had the following to say in the early 2000s on our legacy website, taxfreegold.co.uk:

Whenever you see a gold fix price quoted, it will almost always be in dollars. This applies even in the UK. Most people in the UK who need to know a gold price, need it because they have bought or sold some gold at some predetermined price dependent on that particular fixing price. Naturally because they are in the UK, they wish to know the price in sterling. It is quite frustrating for many of these people to see a price quoted in a newspaper, or more commonly on Ceefax or Teletext, which is quoted in dollars. We have actually been telling the BBC's Ceefax department about this for years, and suggesting that they give the quotes in sterling and dollars , but they originally said there was insufficient space on the screen, which was incorrect, they would think about it (they appear to still be thinking). We have given up trying to advise them.

Ceefax and Teletext are now obviously from a different age, but the BBC’s website still only quotes the price fixes in dollars. This seems like a very odd position to take, since sterling is a major international reserve currency and the full name of the BBC is the 'British Broadcasting Corporation'. Notably, publications in continental Europe publish the LBMA price fixes in the national currency of the publication's affiliated country. The BBC, however, still seems to be an exception to this trend.

Feel free to browse through our gold guides and our silver guides.