Silver Coloured Pennies in Your Change

We have recently started getting enquiries about silver pennies found in change. We predicted some time ago that this would happen.

Usually when people call us about an "unusual" coin they have found, they are expecting it to be worth megabucks. Unfortunately, over 99% of the time, we have to disappoint them. 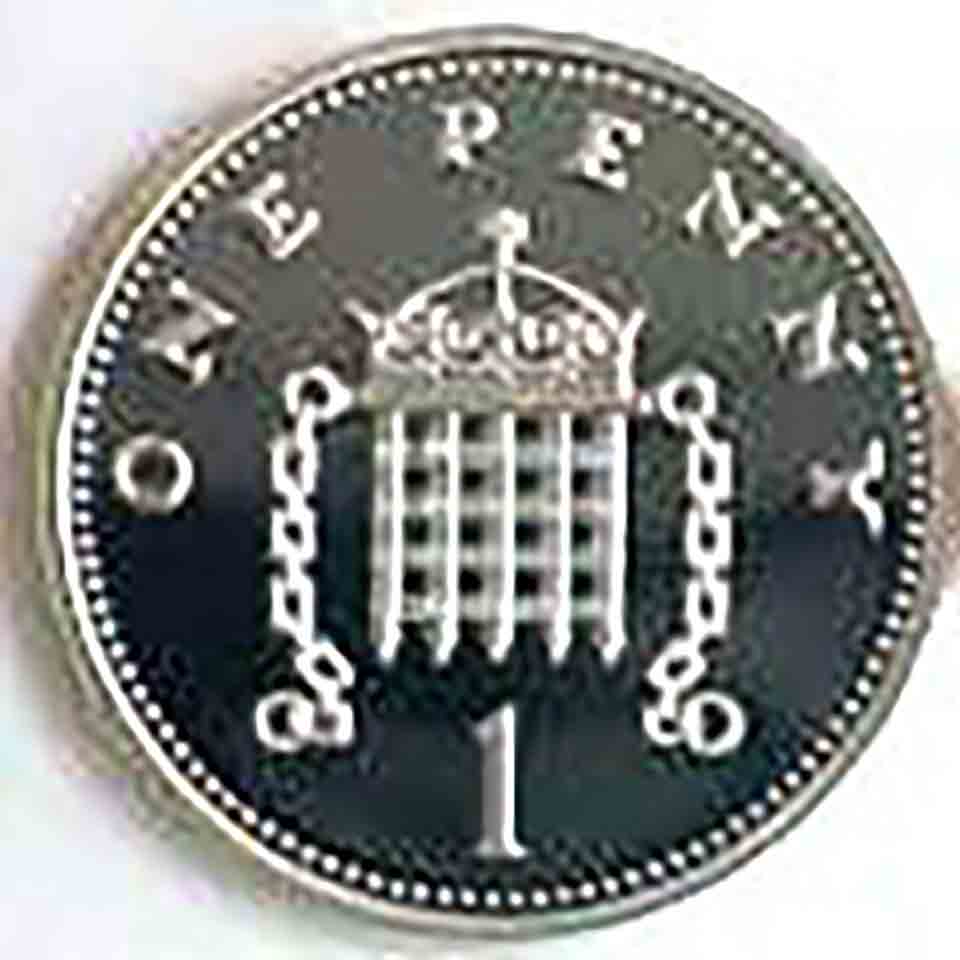 Just as ancient alchemists spent much time seeking a way to turn lead into gold, people easily believe that which they wish to believe. Finding a penny made of steel is not likely to be hugely profitable, finding one made of silver would be better, so nobody phones us to say "I have found a steel penny", they always phone to say "I have found a silver penny".

In 1992, the Royal Mint started to produce pennies and twopences made of copper-plated steel instead of bronze (copper has not been used since 1860!). The 1992 coins can be found in both bronze and copper-plated steel. This was done, as in many other countries, to reduce production costs of coins. Most people don't take much notice of the coins in their change, and the media don't usually bother reporting such changes at the time, presumably because it's not the right kind of news to sell newspapers. It's also possible that the Royal Mint or the Government don't bother to promote news about such changes, because there is no profit or votes in it. When people do hear such news, it's also the sort of news they tend to forget about, because it doesn't appear to affect them immediately.

Does the Plating Wear Off?

Yes of course it does. All plating will wear off eventually, leaving most of our "copper" coins looking grey.

Why Has It Lasted So Long?

If steel pennies have been made since 1992, why has it taken 8 years for the plating to wear off, and people to start noticing?

The plating is applied to the coin blanks before they are struck. The high pressure used to stamp the coins forces an extremely close bond between the substrate and the plating. Striking also generates considerable heat, and the high temperature produced further helps the bonding process. The result is that the plating lasts many times longer than it would if the coins were plated after striking.

How To Check - Silver or Steel (or Bronze)

It is easy to tell silver from bronze because they are different colours.

Can't Find a Magnet - Use Your Fridge!

Most modern refrigerators have magnetic seals around the inside of their doors.By holding your coins to the magnetic strip, you will easily be able to tell which is which. Many people already know this because they recycle aluminium cans.

As refrigerators are not easy to carry round in your pocket, if you wish to check your change while you out shopping, we suggest buying a pocket size magnet.

Yes, before 1797, all pennies were made of silver.

Additionally, Maundy coins continued to be made in silver, even to this very day. They can easily be distinguished from silver coloured decimal pennies, because Maundy pennies, twopences, threepences, and fourpences have a completely different design. Elizabeth II Maundy coins still retain the same portrait of the Queen from 1953.

There are also other silver pennies. Proof coin sets were produced this year, 2000, with all denominations struck in silver. Very few of these will ever get into circulation, and of course it's easy to use the magnet test for them. Silver proof sets were also made in 1996 for the 25th anniversary of decimal currency. Again these are very unlikely to turn up in change, and it's easy to test for them. If either of these dates of silver coins do get into circulation, they are unlikely to be valuable because they will have been handled, instead of being perfect as issued. If you read our History of the Penny page, you can learn even more about pennies.