This is the third in the series of The Coins of Queen Victoria - The Portraits. 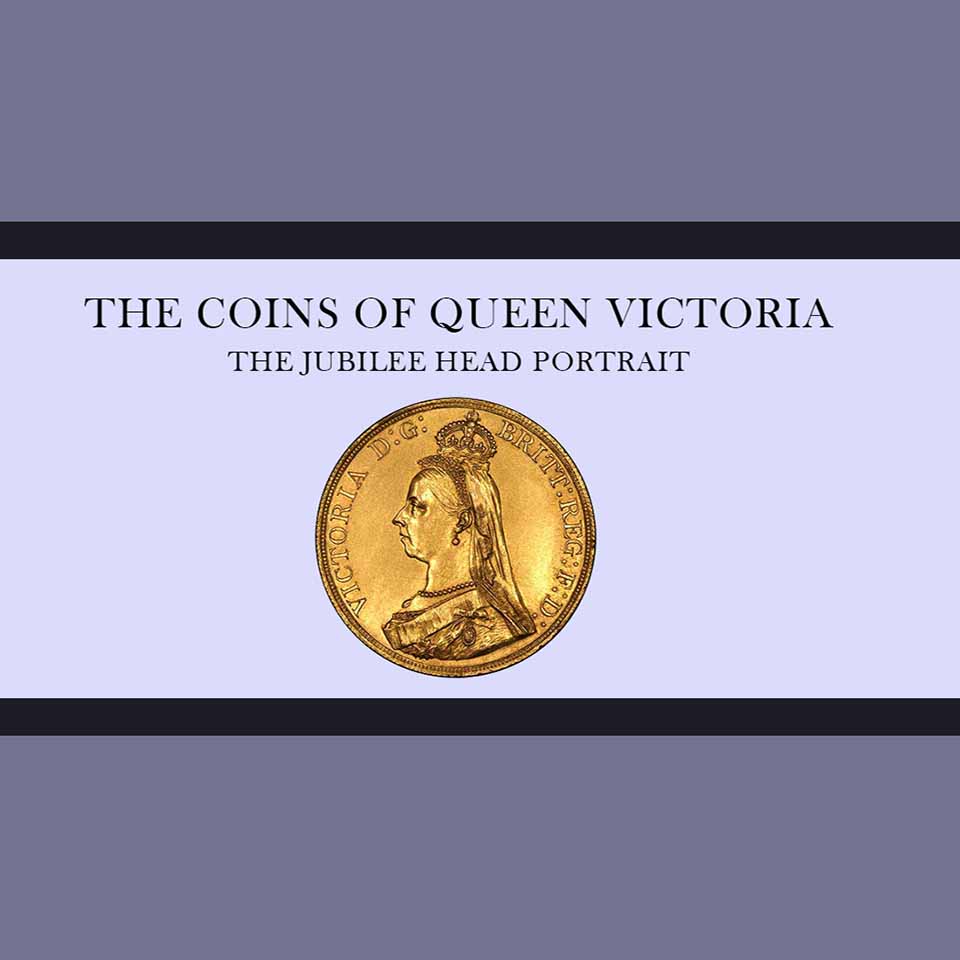 Victoria, mother of eight children and Queen of the United Kingdom and Empress of India had been in mourning since the death of her beloved husband, Albert in 1861. Victoria's popularity had waned as she undertook her official duties in the seclusion of her royal residences. The public felt alienated by her self-imposed confinement. Rumours abounded about her relationship with her Scottish manservant, John Brown, and it was only after he wrestled a gun from a would-be assailant that Victoria started to slowly win her subjects' admiration again. The British public love a celebration and were proud of their monarch who had served them for half a century. The Golden Jubilee was marked by a banquet, a procession, a thanksgiving service at Westminster Abbey and many other festivities.

This was the third major portrait of the Queen's reign. Designed by Joseph Edgar Boehm, the portrait appeared on gold and silver coinage between 1887 and 1893. 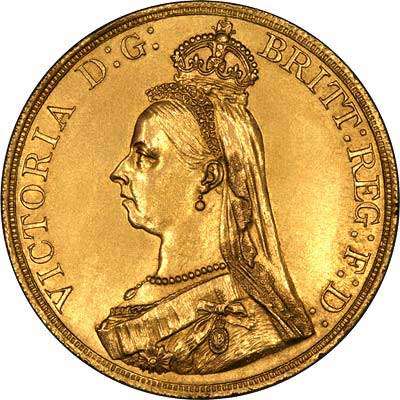 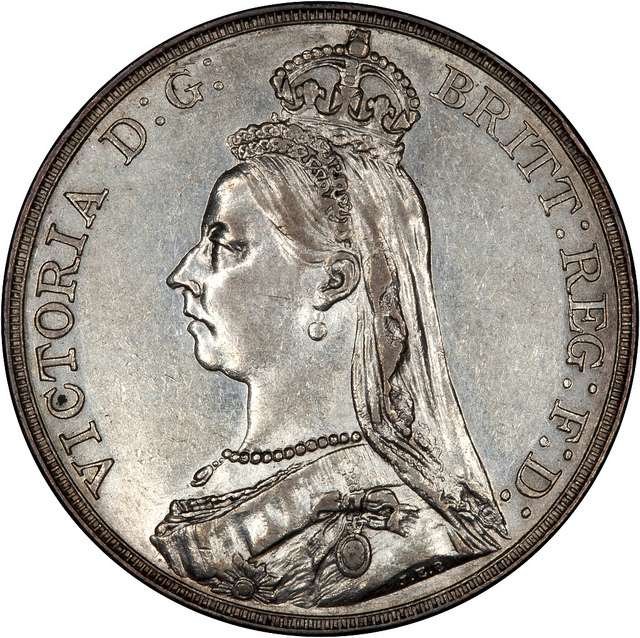 The left facing Jubilee Head portrait displays a rather more mature queen. Victoria's face is fuller, her aquiline nose has a sharpness to it particularly at the tip and the area around the eye is sunken. Although the neckline is smooth there is a hint of a double chin. The Queen's hair is brushed smoothly off a much higher forehead than previous portraits. The ear is exposed displaying a large pearl drop earring.

Victoria wears a small crown which was specially commissioned and paid for by the Queen. Containing 1,187 diamonds and made from silver, the crown was named the Queen Victoria Diamond Crown, it was much smaller and lighter than the Imperial State Crown and could be worn over her lace mourning veil.

The Queen's dress is made of heavy silk and is decorated with a wide ruffle. She wears The Order of the Thistle and the First Class Badge of the Royal Order of Victoria and Albert pinned on her left shoulder.

The engraver's initials J.E.B. are in relief in the truncated shoulder.

This portrait did not find favour with the public or coin collectors. They were highly critical and unimpressed with the new effigy. They felt that the small crown perched on her head looked nonsensical and precariously balanced. It was also said that the Queen had a sour, almost petulant look which did not convey the regalness that was expected of a monarch.

Coins To Look Out For

There were a number of variations in design, regarding the positioning and sizing of the engraver’s initials and the size of the effigy on the coin’s surface. Depending on the variation, they can make a considerable difference to the value of the coin.

Counterfeit coins were prolific during this period, please make sure that you purchase high grade coins from reputable and established coin dealers.

NB: prices that coins achieve depend on the condition and grade of the coin. Prices can also be affected by market demand.

We hope that you have enjoyed this blog, you may enjoy the first and second blogs in this series: