This is the first in the series of The Coins of Queen Victoria.

This is our blog, if you are interested in purchasing Victoria Young Head coins please click this link.

Victoria, Queen of the United Kingdom of Great Britain and Ireland, Empress of India

On 24 May 1819, Princess Alexandrina Victoria of Kent was born. She acceded to the throne on 20 June 1837 and ruled as Queen of the United Kingdom of Great Britain and Ireland, Empress of India until her death on 22 January 1901. A reign of 63 years, 7 months; until 2015, Victoria was the longest reigning British monarch. Queen Elizabeth II surpassed this reign on 10 September 2015.

Britain became a byword for industrialisation and innovation during Victoria's reign. The horse was supplanted by the steam railway giving hundreds of thousands access to swift and reliable transportation. The improvement of steam-powered ships resulted in the increase of international trade, colonial outposts were opened in far-flung corners of the British Empire.

Victoria was the queen of the most powerful and influential nation in the world. Demand grew for British coinage from all every corner of the globe; over 25% of the world's population used coins bearing Queen Victoria's portrait.

The Coin Portraits of Queen Victoria

The four effigies which appeared on coinage during Victoria's reign were the Young Head, the Godless or Gothic, the Jubilee Head and the Old Head. These portraits are all left facing. There are a number of minor adjustments and variations for each bust.

5 Variations of the Young Head Portrait

The first effigy to feature on Queen Victoria coinage is called the Young Head portrait. It was introduced in 1838 and was used until 1895 on bronze coins. The Young Head portrait was created by William Wyon, chief engraver at The Royal Mint. It shows Victoria at only 18 years of age when she acceded to the throne and became Queen of the United Kingdom of Great Britain and Ireland. It is particularly youthful and charming and was a favourite of the young Queen. There are several variations: 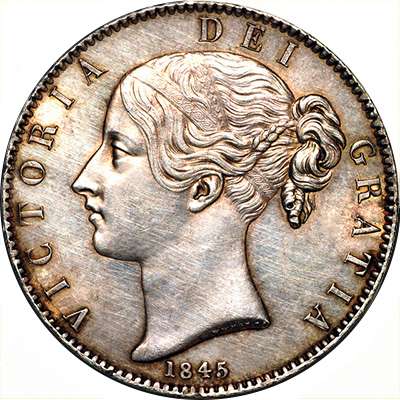 The Young Head portrait has a neoclassical feel with the Queen's gently waved hair gathered into a loosely knotted bun or small ponytail. A small narrow plait appears behind the ear and narrows in width as it disappears into a tied arrangement at the back of her head from which two tight ringlets hang down. The hair sweeps low across her forehead and is restrained by two ribbons which are elaborately embroidered with Greek key designs. This details in this effigy are elegant and finely refined. There are five small variations of the Young Head portrait which are referred to as 'types'. Most of the types show differences in the ribbons which may also be called 'fillets' but the fifth type shows inferior workmanship.

Victoria's wavy hair is slightly coarser in this portrait. The loosely knotted bun sits slightly higher at the back and a small curl escapes from the bun and trails tantalisingly towards the nape of her neck. Her hair is held by two plain ribbons, the first is just above the young Queen's forehead and has two thin lines on each edge. A section of hair is dressed over the ribbons exposing the ear and is pulled back towards the bun. This portrait shows the slight chubbiness of youth around the fullness of her cheeks and chin. Whilst the bridge of the nose is more pronounced the back of the neck towards the hairline is soft and less shapely. The modifications of this portrait refer to the size of the engraving on the coin surface. 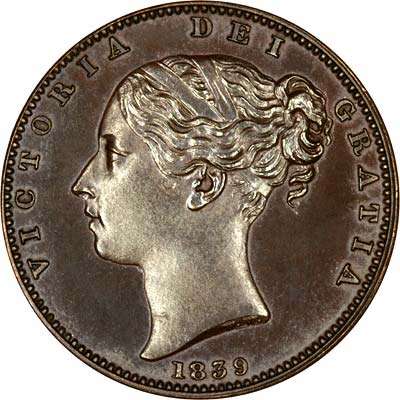 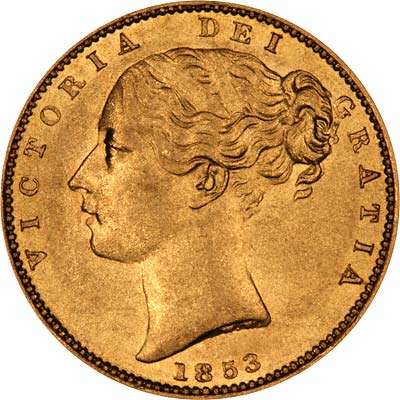 The Second Head portrait was introduced in 1848. This is also known as the Second (large) Head. The engraving is larger and covers more of the surface of the coin.

This bust is similar to both the first and second portraits. The Queen's hair is arranged slightly differently in the Third Head portrait. This effigy was introduced in 1867 on the shilling. A modification was made in 1880 to age the features, very little was changed although the nose became more hooked in profile. 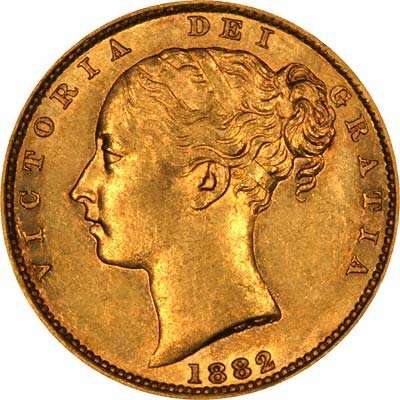 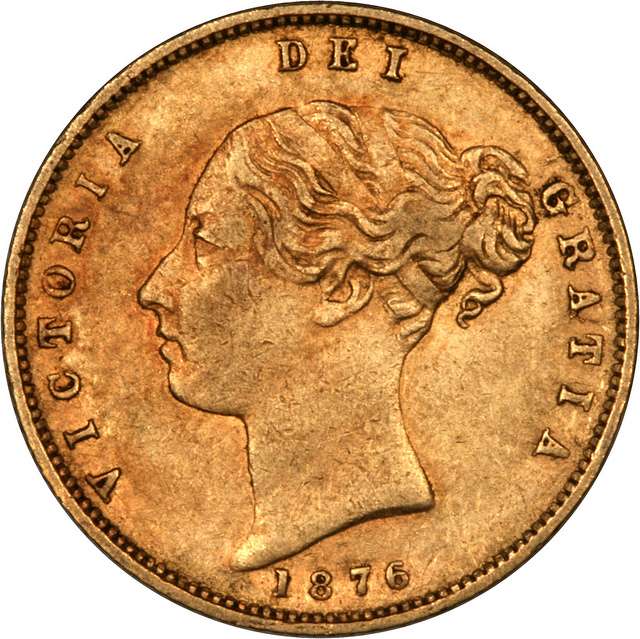 The Fourth Young Head portrait was first introduced on the half-sovereigns in 1876. The Queen's eye is set back fractionally the cheek and the philtrum dimple appear to be more pronounced.

The Fifth Young Head portrait was introduced on the half sovereign in 1880. Coins bearing the portrait are struck in low relief and definition is poor in comparison to the previous young head portraits. 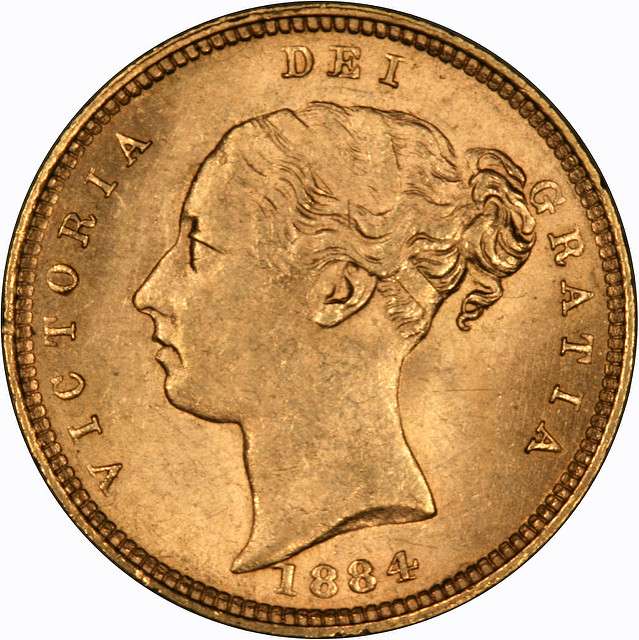 If you are interested in collecting rare coins, look out for these coins. We've picked out one of the most sought-after example for each coin but there are so many more. Remember, the higher the grade, the more desirable they are to collectors:

Did you know that there are a number of Victorian coins that are still classed as legal tender? These include:

We hope you have enjoyed this blog, we will be continuing this series. We would love to hear your comments.