The Story of the British Penny

This is our blog showing a brief history of the British penny. The roots of the English penny go back to Roman times. Before decimalisation in 1971, the abbreviation for penny was "d.", standing for denarius, which was originally a Roman silver coin. After the retreat of Roman influence from about AD 411, Britain sunk into the dark ages, and relatively few coins were struck. Those coins which were struck were mainly imitations of earlier, mainly Roman issues. Events in continental Europe followed a similar pattern. 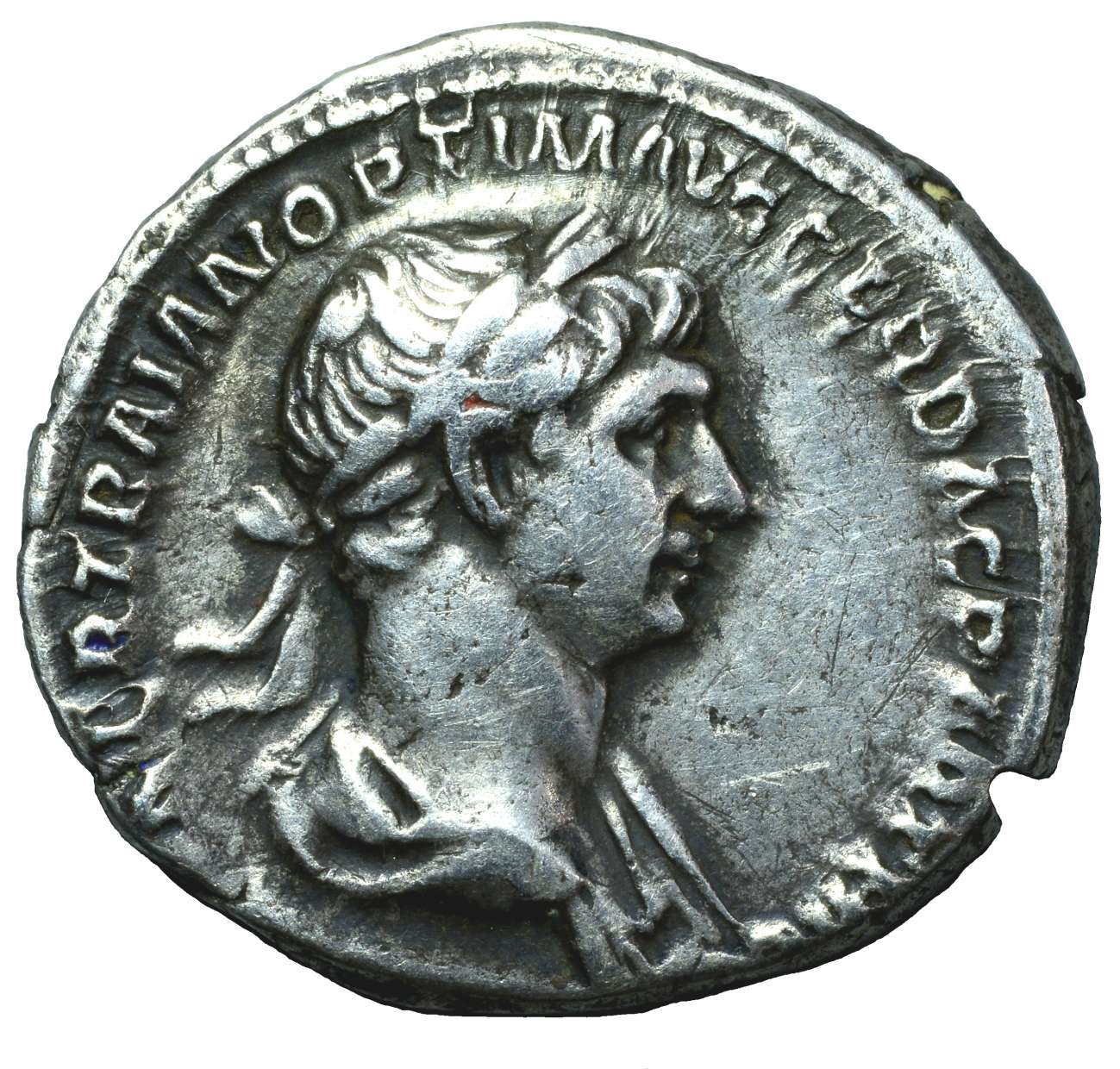 The Frankish King Pepin the Short introduced a new good quality of silver deniers in 755, and similar coins were also introduced into England, probably by King Offa, shortly afterwards. Both the deniers, and the English pennies, were of a similar diameter, and weighed about 20 grains, and were of high grade silver. The French word denier shows its obvious derivation from the Latin denarius. For the next 500 years, the silver penny was the main, almost the only, English coin type issued.

King Offa also issued a gold dinar (from denarius) copied from an Arabic dinar of Caliph al Mansur, and a gold penny, possibly of 20 pence value. Both these coins are very rare.

The English silver penny was struck to high standards, and rapidly became famous throughout Europe. Not only were its size and weight imitated, but also its designs, portraits and inscriptions. It served as the model for the coins of Scandinavia, the Netherlands, Germany and Poland. The first coins produced for Poland by Boguslav the Mighty carried the name of Ethelred I, King of England. Such is the lasting influence of the penny that, although the USA declared independence from Britain in 1776, and adopted a decimal currency, largely as a gesture of independence, Americans rather curiously still refer to their one cent coin as a penny!

The origins of the word penny itself are somewhat obscure. Some argue that it derives from an English King of West Mercia, called Penda. Others believe that the name comes from the pans into which molten metal was poured from crucibles to produced coin castings and blanks. The German word "pfanne" meaning pan is very similar to the German word "pfennig" meaning penny. Penge, penninge, pande, and penig are other early north European words with similar meanings.

From the departure of the Romans, many of the Anglo-Saxon pennies featured a cross as part of the reverse design, and this roughly coincides with the British conversion to Christianity. From 978 King Eadgar's pennies introduced the King's head as the main obverse design, a feature which had been common on many Roman issues. A head still survives to this day in the designs of the coins of most countries, so that the "obverse" or main side of coins is commonly referred to as the "head" of the coin. In the reign of Ethelred II, the cross was extended to the edge of the coin, largely as a counter-measure against clipping or filing the edges. This device continued, and was used also on other denominations, until the reign of Charles I, when a beaded circle was used for a similar purpose, and eventually milled coinage with milled or lettered edges made the long cross redundant.

From the tenth century, the weight of a silver penny had been increased to 22.5 grains. A "pennyweight" is 24 grains, so according to my reckoning, a penny should weigh a pennyweight or 24 grains. It is possible that the difference could have been due to seignorage, or the profit charged by the mint, which would therefore have worked out at 15 pence, equivalent to 6.25%. According to other sources, when silver pennies were first introduced into England, their weight was 24 grains, which would have made a penny's weight a pennyweight.

The terms "sterling" and "pound sterling", seem to have acquired their meaning over a period of time, and from several convergent sources. The first mention is that of "sterilensis" in 1078, and by the thirteenth century the term sterling had appeared. Mintmarks on pennies included a star and a starling, both of which have been argued to be the source of the word sterling. Easterlings were early merchants and money-changers, and this may have contributed to the use of the word sterling. The Germanic word "ster" means strong or stout, and is probably the strongest influence in the use of the word sterling to mean strong, pure, stable, reliable, or excellent, and reflects the high esteem in which the English silver coinage was regarded. The term "pound sterling" was used throughout Europe during the Middle Ages. From Silver to Copper 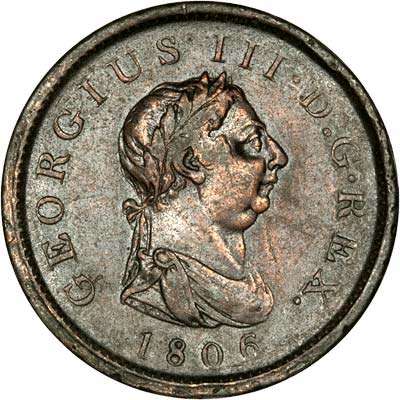 The first copper pennies were issued in 1797, and were produced by Matthew Boulton and James Watt, at their Soho, Birmingham works, using steam powered coining presses. These coins weighed one ounce, and contained their full intrinsic value of copper. They were so substantial that they soon became known as "cartwheel" pennies, twopences were also issued, and at two ounces each even better fit the cartwheel description.

The size and weight were reduced slightly for the next issues of 1806 and 1807, and copper pennies continued to be produced from 1825 during the reign of George IV, William IV, and Victoria, until 1860. 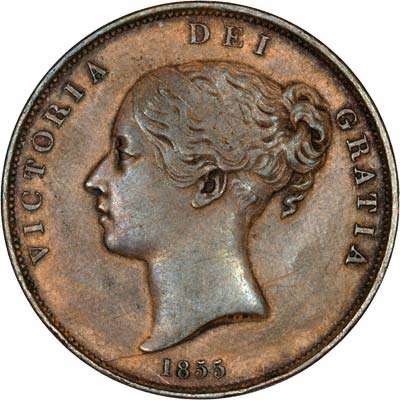 When the Maundy tradition began, pennies were still made of silver. At the change from silver to copper, then bronze, and finally gold plated steel, Maundy pennies, and the other three denominations, continued to be issued in silver. With the cartwheel pennies from the Soho Mint, the reverse design type of the penny became the now familiar seated figure of Britannia. She had previously appeared on copper farthings and halfpennies. Please see our "Britannia Story".

From Copper to Bronze

In 1860, a new smaller bronze penny was introduced, and these were produced until 1967, with a penny dated 1970 being specially produced for inclusion in a "farewell to £.s.d" proof set bearing that date. These bronze coins are commonly but inaccurately referred to as copper.

For a brief period, from 1971 to 1982, the British penny disappeared to be replaced by the "new penny", part of Britain's decimalisation, and with 100 to the pound. This has had the unfortunate effect that many people, initially to distinguish the new from the old penny, started to call it a "new pee", later shortened even further to "pee". This erosion of the English language has sadly stuck, encouraged by the dumbing-down of the popular media. The design on the reverse of the decimal penny is a "Royally crowned portcullis". This was originally a badge of Henry VII, the first of the Tudor monarchs. It was first used on coins as a mintmark on the first (gold) coinage of Henry VIII, but not on those of his son Edward VI. Under Elizabeth I, it was not only used as a mintmark, but also as the reverse design on silver "Testerns", which were trade coinage issued from 1600 to 1601, for use in trade with the "East Indies".

It was also used as a mintmark on coins of Charles I, for the last time until the time of Elizabeth II.

According to the decimal coin sample wallets issued by the Royal Mint prior to decimalisation, the portcullis is also associated with the Palace of Westminster, i.e. Parliament.

It is also used as a symbol by H.M. Customs & Excise.

In 1982, it was decided that we British had adjusted sufficiently to decimalisation, the the word "new" was dropped from the "new" coins, so the penny once again bears the value "one penny", although there are those who seem to believe it is a "one pence"!

From Bronze to Steel In 1992, pennies were produced from copper plated steel, and it is likely that this will become a permanent change, although in some years bronze pennies have been issued also because of production problems, in supplying the steel coins in sufficient quantities.

We predict that as the copper plating starts to wear off, leaving the grey steel colour showing, thousands of people will start to discover "silver" pennies in their change. See our Silver Pennies in Change page for more information.

Apart from Maundy pennies, there have been three occasions in recent years when silver pennies have been issued, as part of silver sets for special occasions. These are:

In 2002, for the Queen's Golden Jubilee, a thirteen coin gold proof set was issued which included a gold penny, along with all the other denominations in gold.

If you would like to know more about the heritage early coinage we recommend the below:

Silver Coloured Pennies in Your Change