Piedfort coins look like normal coins, but are much bigger and can make great additions to any coin collection. 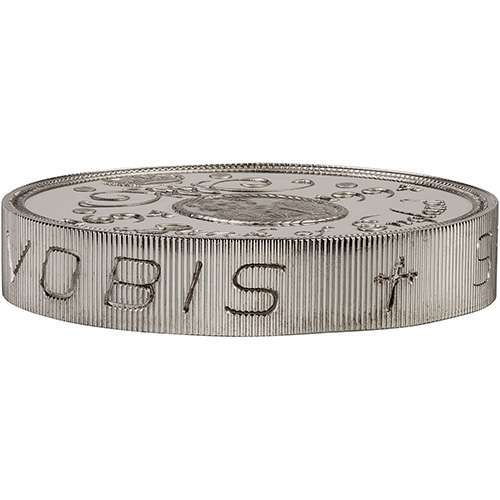 What Is a Piedfort Coin? 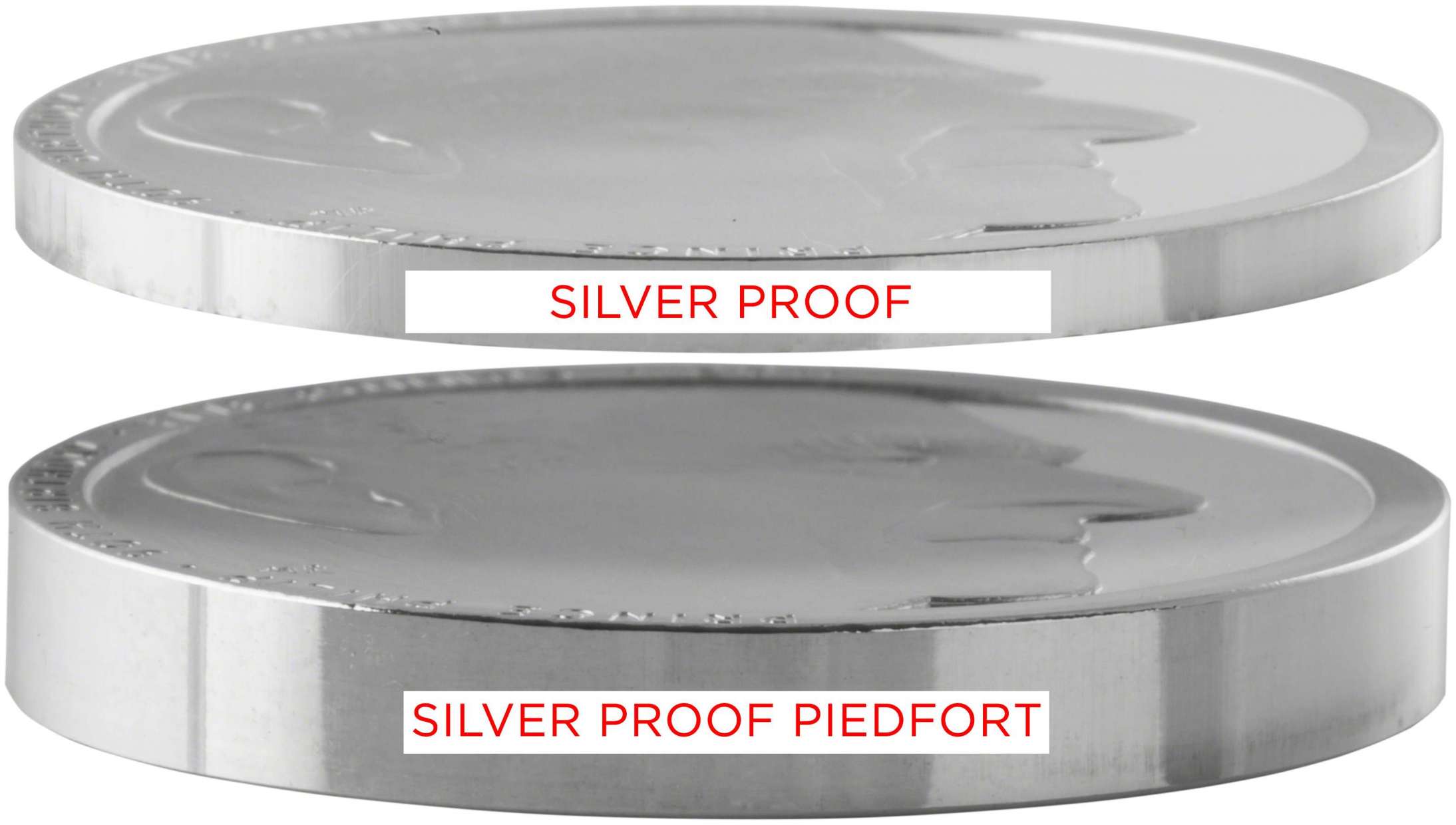 Piedfort Are Thicker Than Normal Coins

Piedfort comes from the French pied-fort or piefort which translates to heavy weight. It is used to describe a specially issued coin, which is thicker and heavier than the usual specifications. Piedfort coins are usually struck using the same dies as the standard coins. The diameter remains the same but they are greater thickness and weight of the standard precious metal coin, usually double.

We've heard many variations of the pronunciation of Piedfort in the showroom. If you are unsure about how to say it, we hope this helps:

The Origin of the Piedfort Coin

Piedfort coins originated in France during the twelfth century.  They were issued as patterns or sample coins to demonstrate new coin designs. These 'coins' were not meant for circulation and were usually hammered onto thick blanks of silver or gold. Under French law, it was a legal requirement that these heavy weight 'coins' must weigh four times the weight of the circulation coin. These coins were referred to as Piedfort. There were a number of provincial mints in France issuing coinage at this time, so it was important that there was a good model to follow. A Piedfort coin would be distributed to these mints and mint officials to copy and produce coins which would be of uniform design, size and weight.

Piedfort coins were also given as specimens to royalty and important members of court or as well as gifts to visiting dignitaries and diplomats. Throughout history, the pursuit of coin collecting was referred to as the hobby of kings, as only the very wealthy could afford to assemble a collection for pleasure. Such was the prestige of owning a Piedfort coin that demand grew which culminated in the 'droit de pied fort' (the right of Piedfort); a statute defining who was entitled to receive a Piedfort model of a new design.

In England, as with France, during this period, there were many regional mints around the country producing coinage. One of the first mentions of piedfort coins in England were thicker silver pennies which were issued during Edward I's reign in the thirteenth century. It is probable that as part of a similar system to the French, Piedfort coins existed in England to be sent out as good coin models so that the various mints could issue coins which were regular in size and weight.

In 1489, a new coin was introduced for King Henry VII; a hammered gold sovereign with a value of one pound sterling.

In 1504/1505, several coins, which are now referred to as Double-Sovereigns or Treble-Sovereigns, were struck from a variation of the original die making these coins the first Piedfort sovereigns to be issued by The Royal Mint. These Piedfort coins were the same diameter but double or treble the thickness and weight of the hammered sovereign. 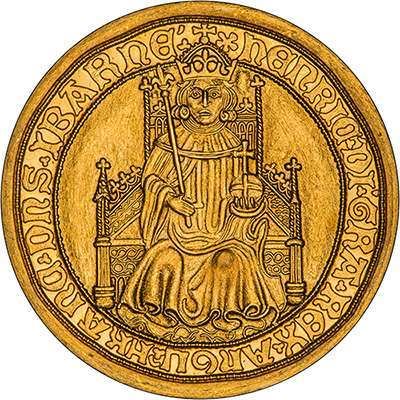 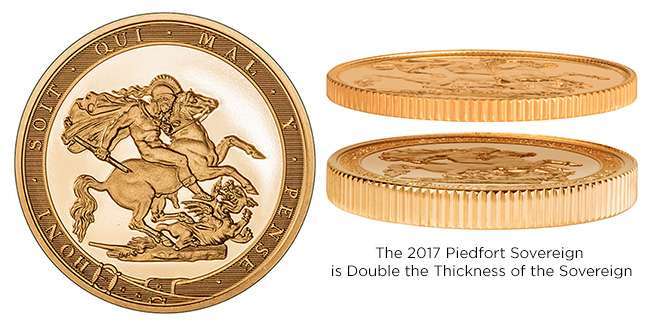 The coin features a remastered version of the original Benedetto Pistrucci St George and the Dragon design on the reverse.

In the United Kingdom, the Royal Mint struck a 1973 EEC Fifty Pence Silver Proof Piedfort which was presented to EEC finance ministers and senior officials to commemorate the occasion of the United Kingdom joining the European Economic Community. This was not released for general sale but some of these coins have been sold privately for over £3,000. 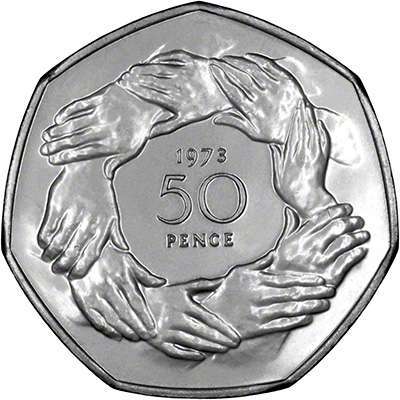 Gradually, more and more Piedfort coins have been released. Now, it is a normal occurrence for new coins to be issued in a full range of finishes and metals which typically include silver, gold and platinum, proof Piedfort coins.

Are Piedfort Coins a Good Investment?

Premiums on Piedfort proof coins are often considerably higher than on the standard weight proof coin. As they tend to be produced with a low mintage figures, this makes them particularly desirable to coin collectors and investors.

If you are thinking about starting a collection of Piedfort coins we would suggest checking out our website first. We often buy Piedfort coins on the secondary market which enables us to sell them at a lower premium than the original issue price. We have some Piedfort coins which are a bargain for coin collectors. 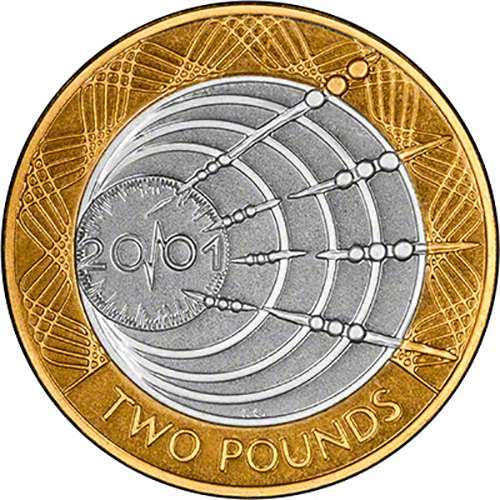 We would advise collectors to only buy newly issued Piedforts if they have a particular interest in owning and collecting them, and not to buy them primarily as an investment unless the premiums are reasonable.