The German-born George I was descended from James I of England via his grandmother Elizabeth of Bohemia, James' eldest daughter. In 1714, George I was the closest Protestant relation to the British Royal Family, and on this basis, he became George I of Great Britain. His reign was not a popular one, due to his foreign origins and frequent absences from Britain, but he was seen as the least worst alternative to the return of the Stuarts, who were Roman Catholics. 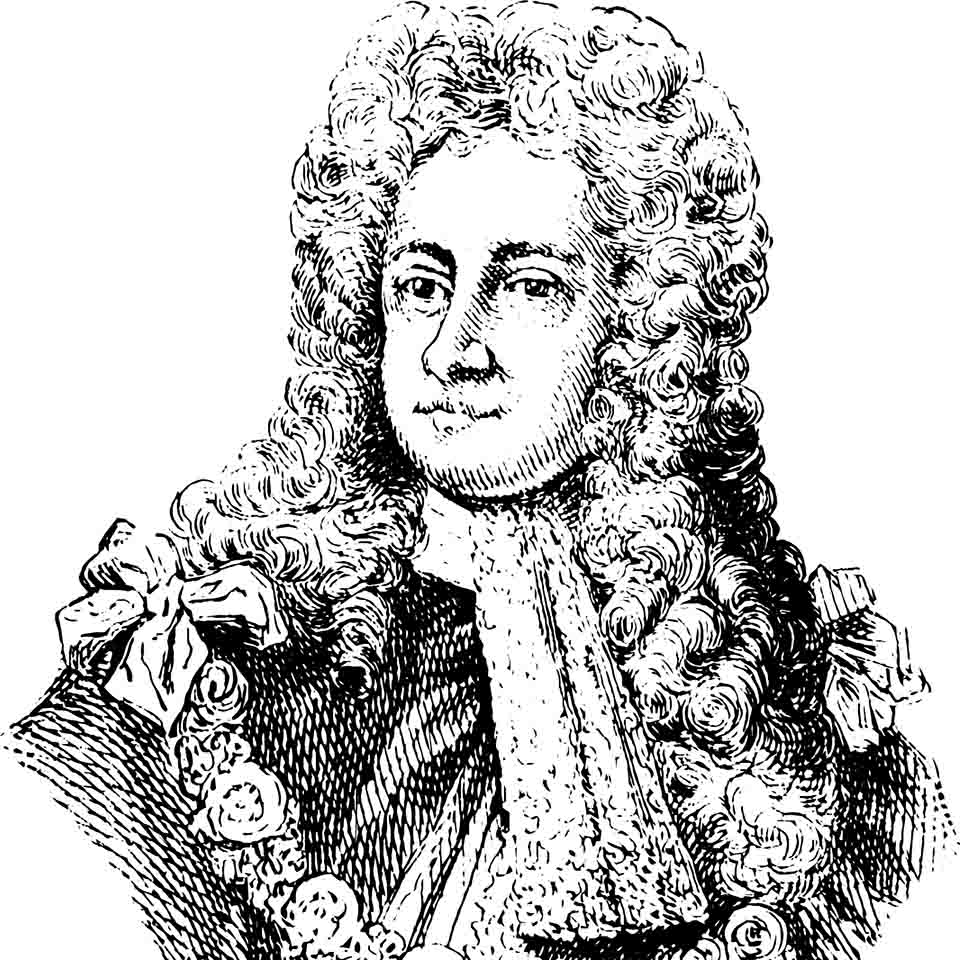 George's uncles had no sons, and as they died, their territories passed on to his father, Ernest Augustus, who eventually became elector of Hanover and ruler of a substantial amount of territory. Ernest Augustus tried to give his son a military education, and packed him off to fight in the Franco-Dutch war as an officer, and again against the Turks during the Great Turkish War, during which he, along with his brother, took part in the battle to relieve the Siege of Vienna. In 1683, George married his cousin, Sophia Dorethea of Celle, a dynastic arrangement which was primarily designed to ensure that the territories of Luneburg would be united in the years to come. In romantic terms, this marriage was a disaster, as both George and Sophia came to hate each other with an unmitigated passion. George eventually divorced Sophia in 1694 and had her imprisoned in Celle for the last 32 years of her life. The marriage nevertheless produced a son and a daughter, George (later George II) and Sophia, (later Queen consort of Prussia). In 1698, George inherited the electorate upon his father's death.

Heir to the British Throne

In 1688, the Catholic King James II ( VII of Scotland) had been deposed in favour of his protestant daughter and son in law, Mary II and William III. The British were determined that no Roman Catholic monarch would ever sit on the throne again. However, William and Mary failed to produce heirs, and their successor Anne had survived all of her children by 1700 and due to her age and poor health, was unlikely to give birth to any more. Consequently, the conditions for the succession as laid down in the 1689 Bill of Rights were amended in 1701 to ensure that there would be a Protestant succession upon the deaths of William III and Anne. To this effect, the Act of Settlement was passed in that year, decreeing that in the event that neither William III or Anne produced any more legitimate children, the English (and later British) throne would pass to Sophia, Electress of Hanover or her descendents, bypassing 56 claimants with a superior genealogical claim to the throne but who where considered unsuitable due to their Catholicism. Sophia predeceased Anne by a matter of months, and so on August 1 1714, upon the death of Anne, George, elector of Hanover succeeded to the throne of Great Britain.

George I arrived in Britain on September the 18th 1714. He had briefly visited England in the early 1680s, when a marriage with Anne had been mooted. He had however, backed out of this, much to Anne's fury, and once the unforgiving Anne had ascended to the throne, she had forbidden him to set foot in England during her lifetime, even when it became obvious that he would one day inherit the throne. Aged 54 when he came to the British throne, George had little experience of life in Britain, spoke very little English, and much prefered to spend his time in his beloved Hanover. As with William III, George's foreign origins made him deeply unpopular with his British subjects, all the more so when he made his preference for his birthland glaringly obvious. Seeking to take advantage of this unpopularity, James III (The 'Old Pretender') plotted an invasion of Britain to take back the Crown for the Stuarts, which took place the following year but the Jacobites, who despite George's unpopularity, were disappointed by the number of English recruits to their cause, only got as far South as Preston, where they were defeated, with the remnants driven back into Scotland where they were eventually crushed in 1719.

Despite the failure of the Jacobite uprising, George remained unpopular, and his reputation was sullied further when the 'South Sea Bubble' crisis of 1720 erupted, when many lost their savings or were thrown into debt and ruin. The King and his government, came to be partly associated with this disaster, not least because George I was the governor of the South Sea Company at the time. Meanwhile, the King's relationship with his son George, the Prince of Wales was one of mutual emnity, in part because of the King's treatment of his mother, who remained a captive in Celle. One consequence of this was that King refused to grant regency powers to his son during in his absence during his long and frequent visits to Hanover. As a result, more power ended up being devolved away from the hands of the Royal Family and into the hands of the King's Ministers. This led to the beginnings of Prime-Ministerial government under Britain's first de facto* Prime Minister, Robert Walpole in 1721.

It was during one of these visits to Hanover, that George died in 1727, to be succeeded by his hated elder son, George II. 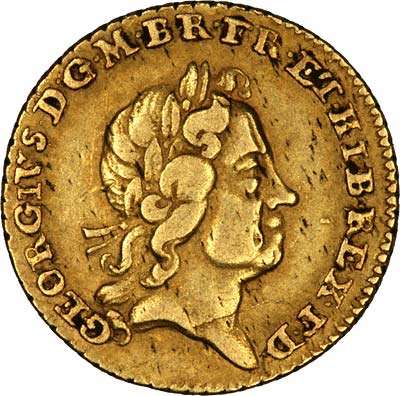 George I's often absentee reign and distrust of his son were important factors in the constitutional development of Prime Ministerial government as we know it today. Because of the precedent set by George I's style of governance, executive Royal powers came to be excercised by the King's first minister and his cabinet, rather than the King himself. Although the monarchy would continue to wield considerable influence over government policy for over a century afterwards, the balance of power between Crown and Parliament had by now tipped decisively in favour of Parliament.

Numismatically, the reign of George I was famous for its 'dump' halfpenny and farthing issues, struck early in the King's reign. Silver issues bearing the letters 'SSC' on the reverse denote that they were struck from silver supplied by the notorious South Sea Company, and 'WCC' for the somewhat less notorious Welsh Copper Company. In 1718, a quarter-guinea coin was introduced, but this coin was unpopular with the public due to its small size and was discontinued for the following year.