STANDING ON THE SHOULDERS OF GIANTS - Coin Inscriptions on British Coins

Every day we get several enquiries asking:-

"What is the origin of the expression "Standing On The Shoulders Of Giants"", or

"Which coin contains the inscription "Standing On The Shoulders Of Giants"", or something similar.

Because we get asked so many times, we have provided this page specially for the purpose. Naturally, this pre-supposes that you know how to use search engines, or that having found our site, you can find one of at least three pages on which we have information about it. 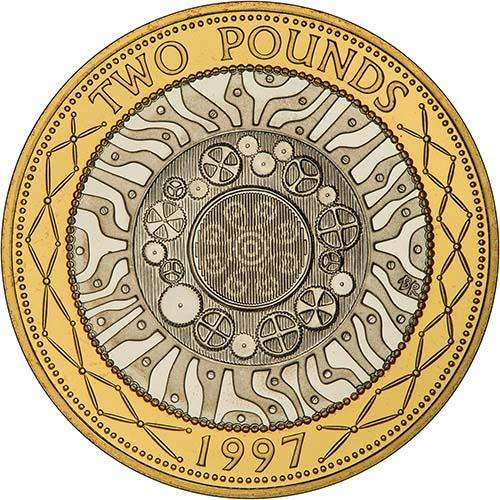 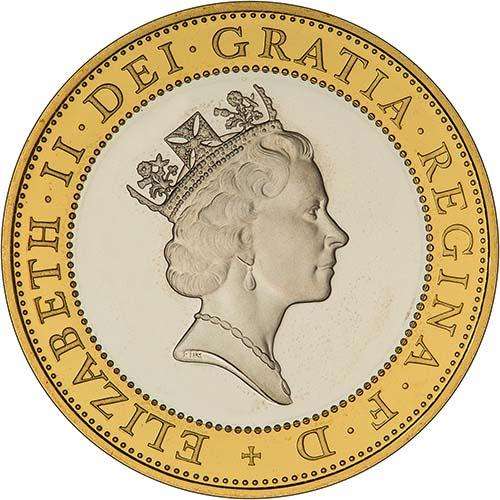 This British coin carries the inscription:- STANDING ON THE SHOULDERS OF GIANTS ....on its edge.

"The edge inscription encapsulates perfectly the essence of the reverse design, and has been taken from a letter written by Isaac Newton to fellow scientist Robert Hooke on 5th. February 1676, where he very modestly claimed that his success had been built on the achievement of others: "If I have seen further it is by standing on the shoulders of giants"".

It is possible that Benjamin Franklin said it also, but later!

According to another source we found on the web http://www.win-uk.net/~jherbert/giants.html:-

A guestbook entry from Alan Williams quotes the Oxford Dictionary (of Quotations?) as crediting Bernard of Chartes with the first usage of "on the shoulders of giants" in about 1130.

Somebody recently asked us about a £2 coin with the words of a pop song around the edge, referring to these coins. We are not sure whether Oasis took the inspiration for their song from the words of Newton or from the coin. As we told this enquirer, it's not the words of a pop song on the edge of a coin, it is the words of Newton or the coin inscription used for the title of a song. Newton uttered his comment in 1676, the edge inscription on the £2 coin was introduced in1997, and the music (?) album was released on 28th February 2000. We guess that if you were really stuck for the lyrics of your next CD, reading the inscriptions on coins may provide inspiration, or perhaps the members of Oasis are all secret coin collectors. Now if the Royal Mint ever produce coins with the edge inscription "F*ck*n' In The Bushes", they could be quite a rarity!

We hope you have found this page useful.