Out With the Old, In With the New

On Tuesday 28 March 2017, Britain will introduce the new 12 sided £1 coin. This new angular one pound coin will replace the round £1 coins which we have been using since 1983. This will be the first time the UK  has had a new circulation coin since the launch of the bimetallic £2 coin in 1997.

The new 12 sided £1 coin has been created to preserve the integrity of the British currency; it is said that this new £1 coin will be the most secure coin in the world.

The new pound coin will be wider, thinner and lighter than the old pound. To see the variations between the new and the old coins, have a look at our table:

Or take a look at our diagrams: 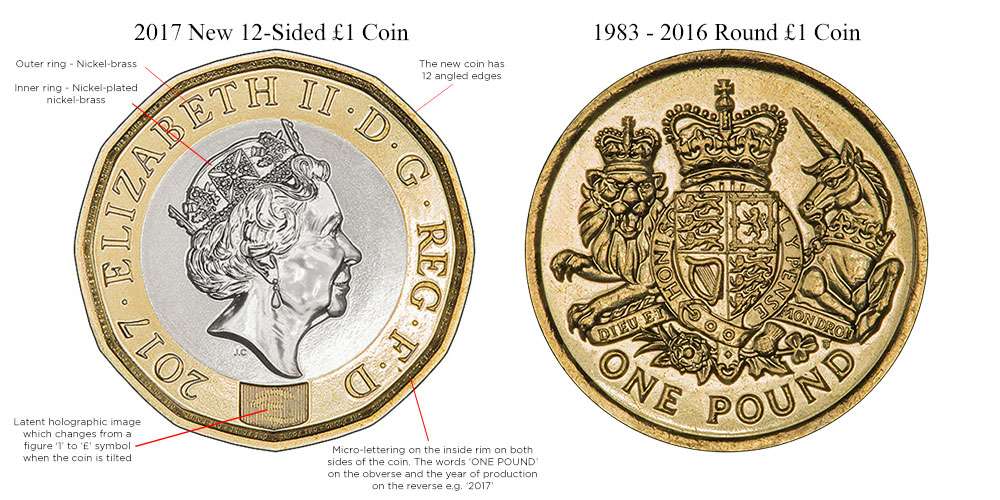 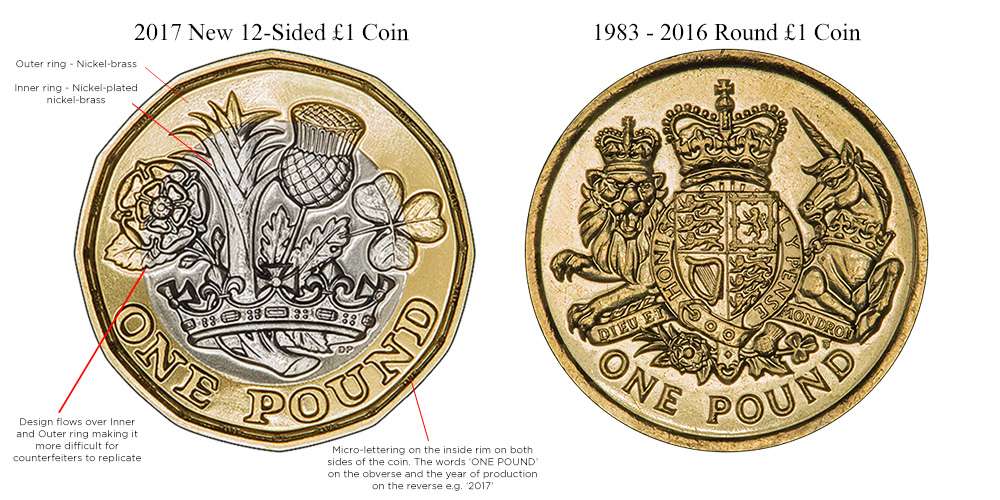 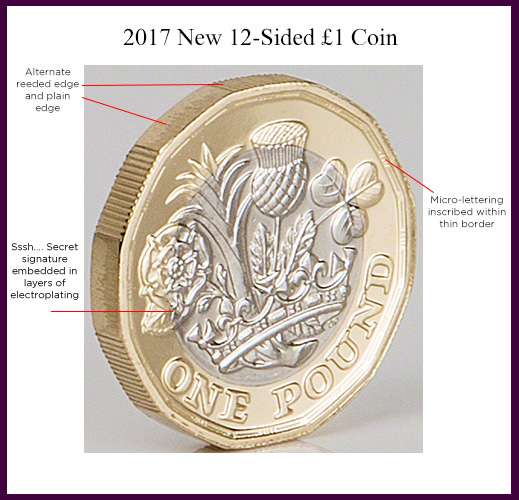 The new £1 coin is bigger and not as sharply angular as the brass threepence which was withdrawn in 1971. 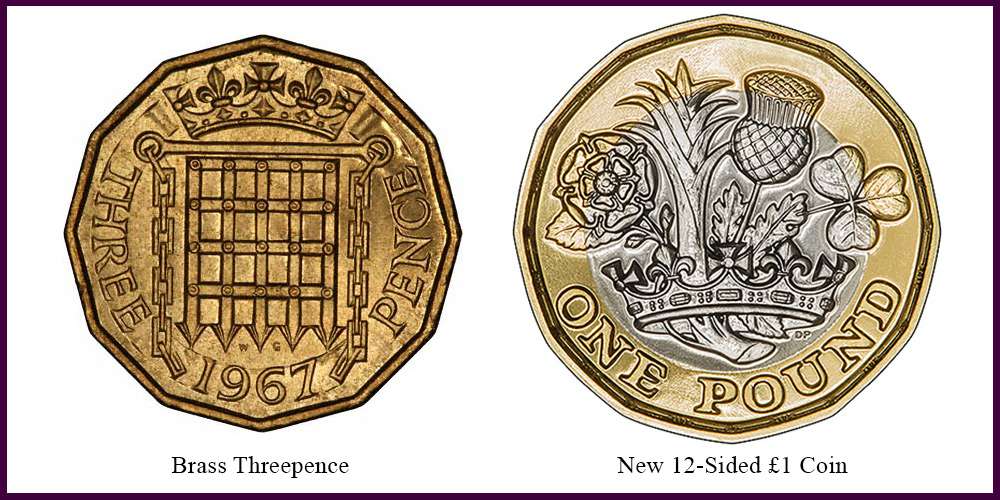 Comparison Between the Brass Threepence and the New £1 Coin

The Round Pound Will Be Demonetarised

You have until the 15 October 2017 to spend your old round pound coins. After that, they will be demonetarised and you will need to submit them to the Bank of England. So crack open the kid's piggy banks, empty your change jars and check behind the back of the sofas.

Read our blog Introducing the New 12 Sided One Pound Coin for the full story behind the new £1 coin.