Edward was born on the 28th of April 1442 to Cecilly Neville and and, Richard Plantagenet, 3rd Duke of York. He would later go on to wrest the Crown of England not once, but twice from Henry VI.

Claim to the Throne

Richard, Duke of York arguably had a superior genealogical claim to the English throne than the incumbent King Henry VI, who sat upon the throne largely because of his grandfather's usurpation of Richard II in the previous century. Henry's weak reign and English reverses in the War of the Roses led to discontent amongst the nobility. Encouraged by all of this, Richard laid his claim to the throne in 1460, but was killed at the Battle of Wakefield in December of that year. Edward, the Duke of York's eldest son, inherited his father's claim to the throne, and the following year, having secured the support of the Earl of Warwick, the second most powerful noble in the land after himself, Edward defeated Henry VI's forces at the Battle of Towton, which all but destroyed the Lancastrian army in the field that day. Edward was crowned in London a few months later, aged 19. 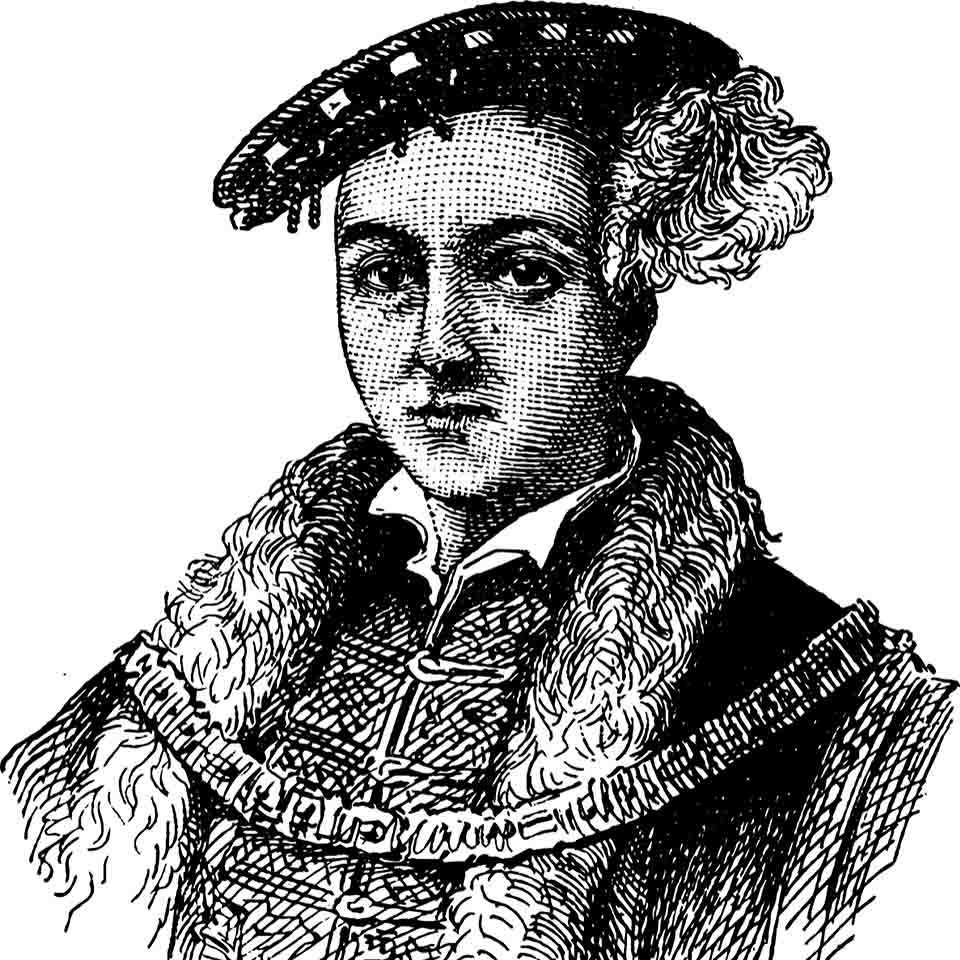 Having ascended to the throne, Edward IV secretly married a beautiful commoner, Elizabeth Woodville. This action had sabotaged Warwick's plans to marry him off to Bona of Savoy, Louis XI's daughter in law, and was the first action in series of events that would eventually turn Warwick against Edward IV. Edward's subsequent patronage of the Woodeville family was a further source of alienation. Warwick had hoped that Edward would prove to be a docile monarch through whom Warwick himself could rule England. However, unlike the weak and ineffectual Henry VI, Edward IV had no intention of allowing his strings to be pulled by anyone.

Edward's brother George, Duke of Clarence married the Earl of Warwick's daughter Isabelle Neville in 1469, and was, either through disgruntlement, personal ambition and marital connection (or a combination of all three), also beginning to turn against his brother. In 1469, Warwick, with the support of Clarence, rebelled and briefly imprisoned Edward, and tried to rule in his name, however, this proved to be too difficult and Warwick was forced to release the King before fleeing to France, where he allied himself with the House of Lancaster and returned to England with the intention of re-installing Henry VI as King.

Deposition and Return to the Throne

Edward IV found that the combined forces of Montague (Warwick's brother, who had not supported Warwick in the initial rebellion), Warwick and Clarence were too strong and he was forced to flee to the continent in 1470. However, the following year, Clarence, disappointed that Henry VI had not rewarded him for his treachery sufficiently, changed sides again and allied himself with his brother. With his help, Edward IV returned to England and defeated the Lancastrians at Tewkesbury, resulting in the death of Henry VI's son and heir and his own capture, and shortly afterwards, Edward IV defeated Warwick and Montague at the Battle of Barnet. In 1471, Edward IV triumphantly reassumed the throne and had Henry VI murdered, effectively wiping out the Lancastrian line. With Warwick gone and the Lancastrian dynasty all but destroyed, Edward IV had no effective opposition left to his rule and he ruled peacefully for the rest of his life, before dying suddenly in 1483, to be succeeded briefly by his 12 year old son, Edward V.

The legitimacy of Edward IV has long been a controversial topic. Even in Edward IV's own lifetime, it was alleged that his mother, Cecilly Neville had an affair with an English archer named Blaybourne or Blackburn, and that his father was 200 miles away at the time when the future king had to have been conceived. Documentary evidence supporting this theory was uncovered at Rouen Cathedral in France during the making of a documentary fronted by Tony Robinson of (of Timeteam and Blackadder fame). It was apparently discovered that in light of this evidence, the legitimate heir to the throne, descending through the line of George, Duke of Clarence, is Michael Abney-Hastings, an Australian resident British Aristocrat (officially the 14th Earl of Loudon). Of course, some would argue that whilst interesting, this does not make the current Queen's claim any less legitimate, as ultimately, both claims are founded on descent from William the Conqueror, who was also known as 'William the Bastard' because of his own illegitimate status, and who claimed the throne by right of conquest, as did Edward IV. 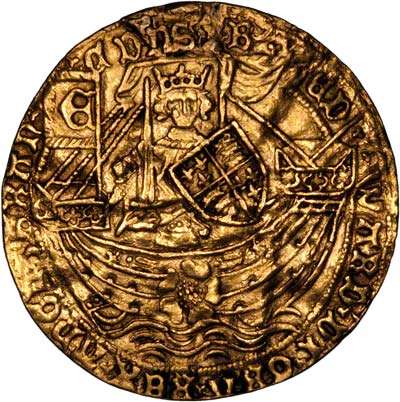 Edward IV secured an almost complete victory over the Lancastrians and faced no further challenges within his lifetime. However, his younger brother, the Duke of Gloucester, one of his most trusted subordinates, would betray his line, usurp his children and declare him illegitimate after his death. Ultimately, the House of York, which had seemed so secure following Edward's victories at Tewekesbury and Barnet, was undone by the actions of one of its own. Had Edward IV lived long enough to see his son reach adulthood, his legacy might have been one where he brought the Wars of the Roses to a final end, whilst Henry Tudor languished and finally died in obscurity. However, it was not to be. And within two years of his death, England would yet see more bloodshed before the last chapter of the dynastic struggle between Lancaster and York was finally closed.

Numismatically, Edward IV's first reign is notable for the introduction of the short-lived Ryal or 'Rose Noble' in 1465, worth 10/-. This proved to be an unpopular denomination, and was discontinued following Edward's flight from the country in 1470 and was not revived following his return to the throne the following year.

Even more notable is the introduction of the Angel coin, worth 8/- and famously used as a touchpiece for centuries afterwards for those who wished to be cured of scrofula (also known as the king's evil). The coin would first be touched by the monarch, and then pressed into the affected area in the hope that the disease would be cured. Many coins are found pierced so that they could be hung around the neck of the sufferer. The denomination was minted until the reign of Charles I (1625 – 1649) but the touching ceremonies continued until 1714, when the practice was finally abandoned by George I.