Charles II was born in 1630 to Charles I and Henrietta Marie of France. As he grew up, storm clouds were gathering as opposition to his father in Parliament grew. When these tensions exploded into Civil War in 1642, the young Prince of Wales accompanied his father on campaign, and was present at the Battle of Edgehill. Too young to take an active commanding role during the First Civil War, the young prince nevertheless demonstrated a reckless courage on at least one occasion when he had to be restrained from charging at the Parliamentary army with a pistol in his hand. By 1646 however, the war was turning decisively against the Royalist side, and the Prince was compelled to flee into exile so that he could be kept out of the hands of the Parliamentarians and be ready to assume the role of King should anything happen to his father.

Exile and Attempts to Regain the Throne by Force

Prince Charles spent what he called his 'travels' on the continent trying to rally support for the Royalist cause. He tried in vain to save his father's life via diplomatic channels, but he could not prevent the King's execution. The defeated Royalist faction proclaimed the exiled Prince as King Charles II. However, this was merely symbolic, as Parliament had decreed that the Monarchy was abolished and that England was no longer a kingdom, but a commonwealth. Charles 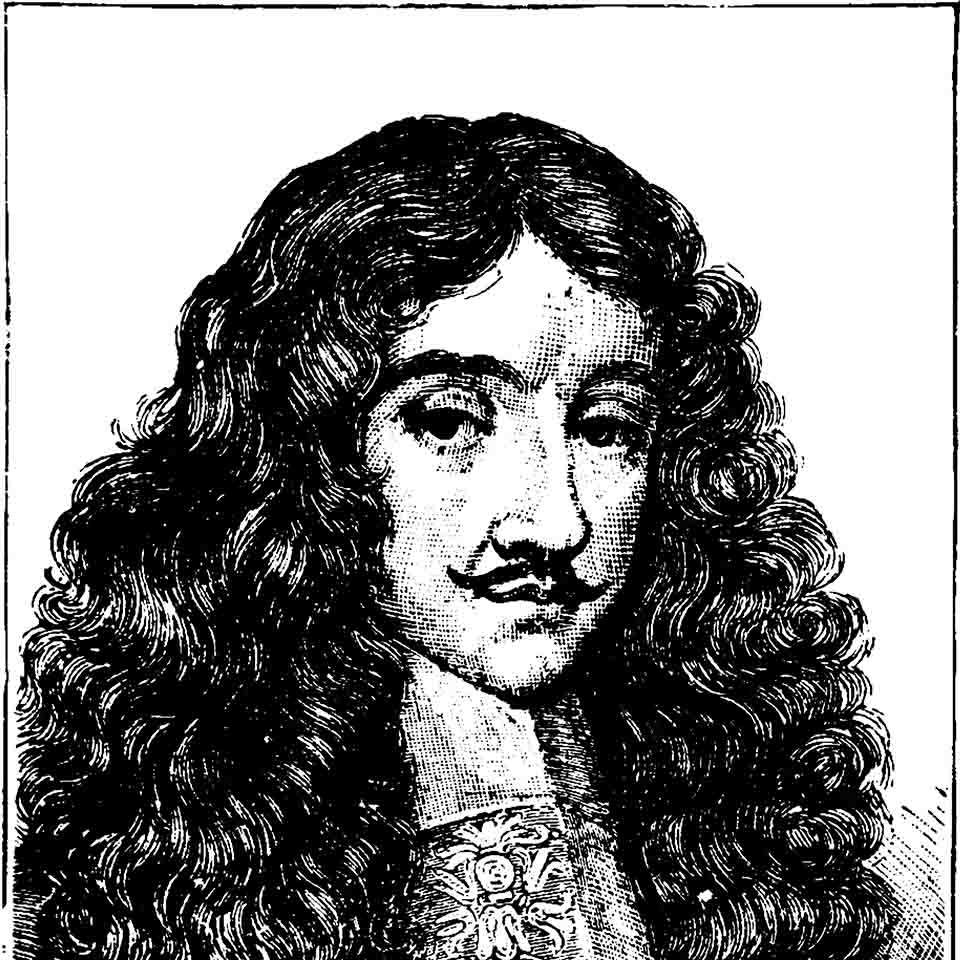 immediately set about to try and recover the throne. He decided to do this via Scotland, were the Scottish Parliament, furious at the English Parliament's decision to execute their King, had already decided to officially proclaim his son as their King. The Covenantors nevertheless managed to compel their new King to make concessions to their own religious prejudices by making him swear the Covenant and seek to impose it upon England. Charles II landed in Scotland in June of 1650, and his Scottish supporters and allies flocked to the Royal Standard. In response, Oliver Cromwell returned from his campaign in Ireland to lead an English Commonwealth Army against the Scottish Covenanter/Royalist Army. At first, things went well for Charles and his Scottish forces, and they managed to trap Oliver Cromwell in Dunbar. However, an ill-advised attempt to overrun the besieged town led to a crushing defeat of the Covenanter Army by Cromwell's forces. King Charles retreated back to into Scotland, and was crowned at Scone in January 1651.

Charles then decided that his best hope for regaining the throne of England was to invade England itself with his Scottish Army and hope to win support along the way as he marched towards London. Unfortunately for Charles, support amongst the English people was lukewarm at best. They were reluctant to get involved in yet another civil war, especially on the side of an underdog. Charles II's army was decisively routed at Worcester in 1651 and Charles was forced into hiding, before eventually escaping back to France, where he continued to plot against the republican government of the English Commonwealth, with little success whilst Oliver Cromwell still lived.

In 1658, the Commonwealth Protectorate's strongman Oliver Cromwell died and was succeeded by his son Richard Cromwell as Lord Protector. Richard was not the man his father had been however, and 'Queen Dick' as he was derisively known was forced out of office the following year. The Council of State and the Rump Parliament proved not to be up to the task of governing the country however, and England threatened to collapse into anarchy and civil war again. In reaction to this state of affairs, George Moncke, the officer commanding English forces in Scotland and a former Royalist officer, marched back to London with his troops and forced the Rump Parliament to readmit the Long Parliament members who had been ousted in Pride's Purge, and Parliament subsequently voted to restore the Crown to Charles II following a promise by him to give a general amnesty for those who had fought against him and his late father, with the exceptions of the regicides who had signed his father's death warrant. In 1660, Charles II returned to London, where he was greeted with cheers by the London crowds. An abortive attempt was made by some army officers to rally support for the 'Good Old Cause' to fight the restoration of the Monarchy, but this failed and the officers involved were either arrested or forced to flee. Upon returning to the throne, Charles II authorised an extensive recoinage of hammered issues so that the Commonwealth issues might be removed from circulation as quickly as possible. This was followed two years later by another reform which led to the ending of hammered striking and the permanent transition towards milling as the standard method of coin production.

Charles II proved to be a more adept politician than his father had been, and managed to avoid any further open conflict with Parliament. He backed down from an attempt to promote an edict of religious toleration in the face of Parliamentary opposition, but he also defeated an attempt by Parliament to get him to remove his catholic brother James, Duke of York from the line of succession. He proved himself to be an able leader, who personally directed efforts to fight the Great Fire of London, ordering that houses near the limits of the fire should be pulled down to limit the spread of the conflagaration. His amiabilty, in contrast to his father's cold aloofness, also made him more popular and he came to be known as the 'Merrie Monarch' for his love of parties, fun, frivolity and entertainment, which following over 10 years of being forced to live under the rule of dour puritanism, was a welcome relief to most English people. In 1685, Charles II died, and was succeeded by his brother James II.

Charles II managed to salvage the British monarchy by proving that an able monarch who could recognise the limits of his authority was an asset to the Kingdom. The Civil War and its aftermath had demonstrated that a British monarch could not wield absolute authority over his kingdom, but it also demonstrated that the stability and peace of the realm depended on the legitimising authority of the Crown to sanction the policies of its government.

As well as the introduction or regular milled issues, the reign of Charles II saw the Guinea (named after the source the gold was derived from in Africa) introduced, initially tarriffed at 20/-, along with its half, double and quintuple equivilents. With the introduction of milled issues came new regal denominations consisting of the copper half-penny and farthing, featuring Britannia for the first time since Roman Rule. In an attempt to help the Cornish tin industry, these denominations were also struck in tin with a small copper plug in the centre. These tin issues are particular scarce, especially so in higher grades, as they corroded away easily thanks to the electrochemical reaction caused by the contact of the copper plug with the tin under ordinary conditions. 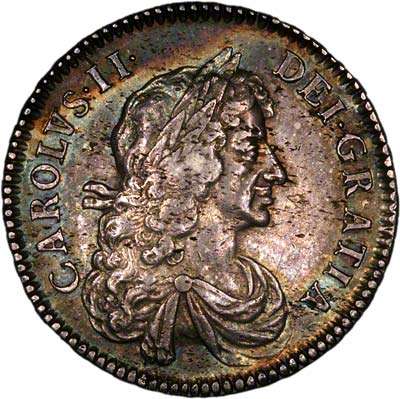