The silver florin was Britain's first decimal coin. A gold florin was first issued during the reign of Edward III in 1344 at a value of six shillings. The name derives from Italian, either fiorino (little flower) or Firenze (Florence), and was inspired by a similar continental coin. 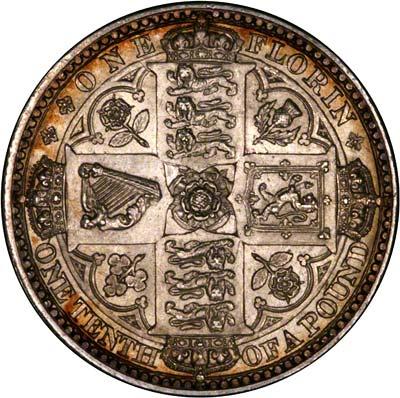 The Story of The Florin

After the influence of the French Revolution, there grew a European movement towards decimalisation. During the early part of Victoria's reign, the decimal question became an important social and political subject. In 1824 Lord Wrottesley's proposal for decimal currency was rejected by Parliament, and there were other reports and commissions in 1853, 1857, and 1918. Many trial pattern pieces were produced, and there was much debate about what new denominations should be introduced.

Eventually, it was decided that a new coin, the florin could be easily introduced. It fitted easily into the existing monetary system, being worth two shillings (2/-), or one tenth of a pound. 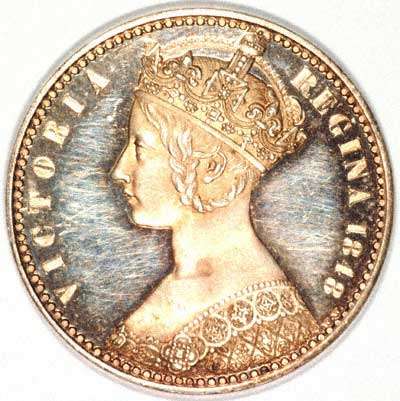 A proof pattern florin was struck in limited numbers in 1848, and this design was accepted. It was produced in quantity for general circulation the next year 1849, but was unpopular at first. It seems to be human nature to resist change, new coins and money in particular are always criticised when they first appear. I suppose most people prefer to be familiar with the money in their pockets. The wording "DEI GRATIA" or its abbreviation "D.G." had been omitted from the design. The translation from Latin means "by the grace of God", and the new coin was criticised heavily for being "Godless and graceless", and is still know to this day as the "Godless" florin.

A new design had to be introduced, and in 1852 the beautiful "gothic" design, similar to that on the crown of 1847, was introduced into circulation, and it continued in production, with a few minor changes, until Victoria's golden jubilee year, 1887. The furore over the "godless" design almost sunk the florin, the new gothic design rescued and revived its chances of success. The florin itself continued until 1967, after which a "10 new pence" coin was issued, identical in size and weight to the old florin or two shilling piece. In this way, the florin did indeed help to pave the way for Britain's decimalisation, although it did take 122 years! 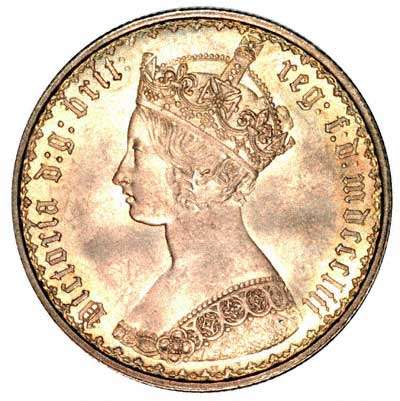 Denomination or Value Mark on Florins

It is interesting to note the changing denomination or value mark on florins as on other coins. 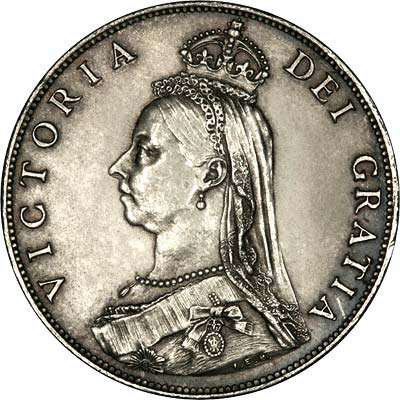 On the first florin design, the "Godless", the value is shown as "One Florin - One Tenth of a Pound" indicating clearly its decimal connection. This description continued on the gothic design until 1887. By 1887 when the Jubilee design was introduced, the mark of value was entirely removed, presumably the florin had become such a familiar coin, that it was not considered necessary to remind people of its value. In 1893, with the introduction of the "Old Head" design, the value mark re-appeared, but this time reading "One Florin - Two Shillings", and this was continued during the reign of Edward VII, even though a brand new reverse design had been introduced, an attractive Standing Britannia design.

In 1911, on the new coins of George V, the value "One Florin" remains, but the wording "Two Shillings" disappears. Even when the reverse designs changed from 1927 to 1936, this value mark remained the same. 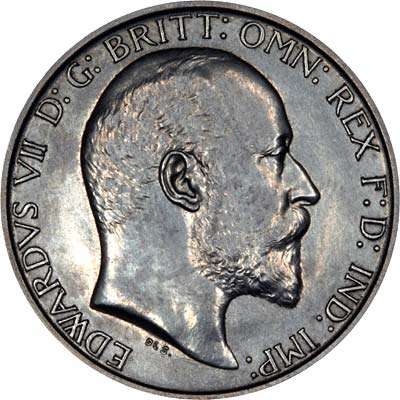 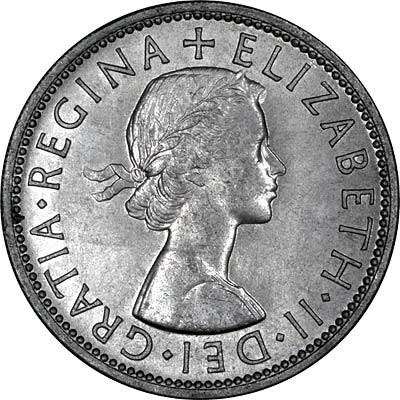 The Halsbury report in 1963 was followed by the announcement in March 1966 that Britain was finally going to convert to decimal currency. Decimal or "D" day was to be the 15th February 1971.

The last florin issued for circulation was dated 1967, and it was then replaced by a "Ten New Pence" coin of identical size and weight issued from 1968 onwards.

So the florin lives on in the form of the new ten pence coin.

If you would like to hear more about the histor of british coinage we highly recommend the following:

The Story of the British Crown

A Breif History Of Coinage In Britain

The Britannia - A Symbol of Great Britain