Unfortunately for the Anglo-Dutch, most of the silver had already been unloaded, although the amount captured was still considerable, at just over 4,500 lbs, with an additional 7lb 8oz of gold also captured**. The entire enemy fleet was destroyed, and the King of Portugal was persuaded to ally with England and Holland, allowing them to base their ships in Lisbon and harass any ships trying to pass through the Straits of Gibraltar. This was in addition to the money gained by the British and Dutch Governments from the loot recovered from the defeated Treasure Fleet. 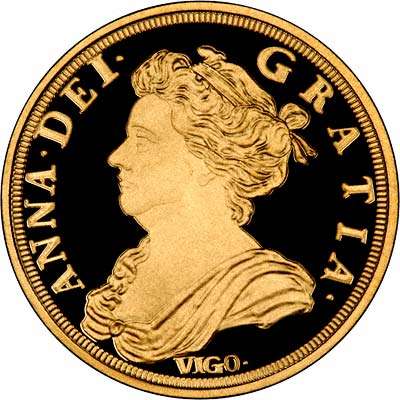 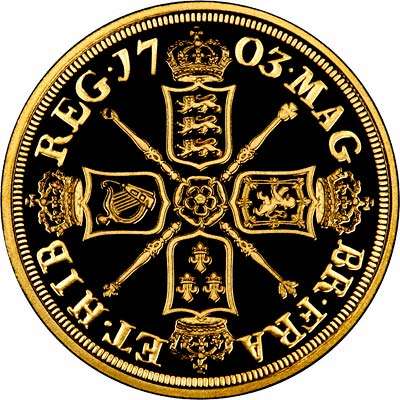 'VIGO' coins carry the word 'VIGO' underneath Queen Anne's bust. All are dated 1703, struck the year after the bullion used was captured. They are considerably rarer than the related 'LIMA'issues of George II issued over 40 years later, especially the gold issues. However, despite their comparative scarcity, the silver issues are still quite affordable for most collectors who want to own a piece of Britain's naval and maritime, as well as numismatic heritage.

*We would be very interested in acquiring a genuine 'Vigo' issue if you have one to sell so that we can replace this image.

** According to Sir Isaac Newton, who in addition to being a great scientist and mathematician, was also the Master of the Royal Mint between 1699 and his death in 1727 (he had begun his employment at the Royal Mint as the Warden in 1696).