The future king William IV was born in 1765 at Buckingham House (later Buckingham Palace). He was the third son of George III. William's reign was short, but eventful, and saw the abolition of slavery throughout the British Empire as well as the Great Reform Act of 1832, which expanded the franchise. 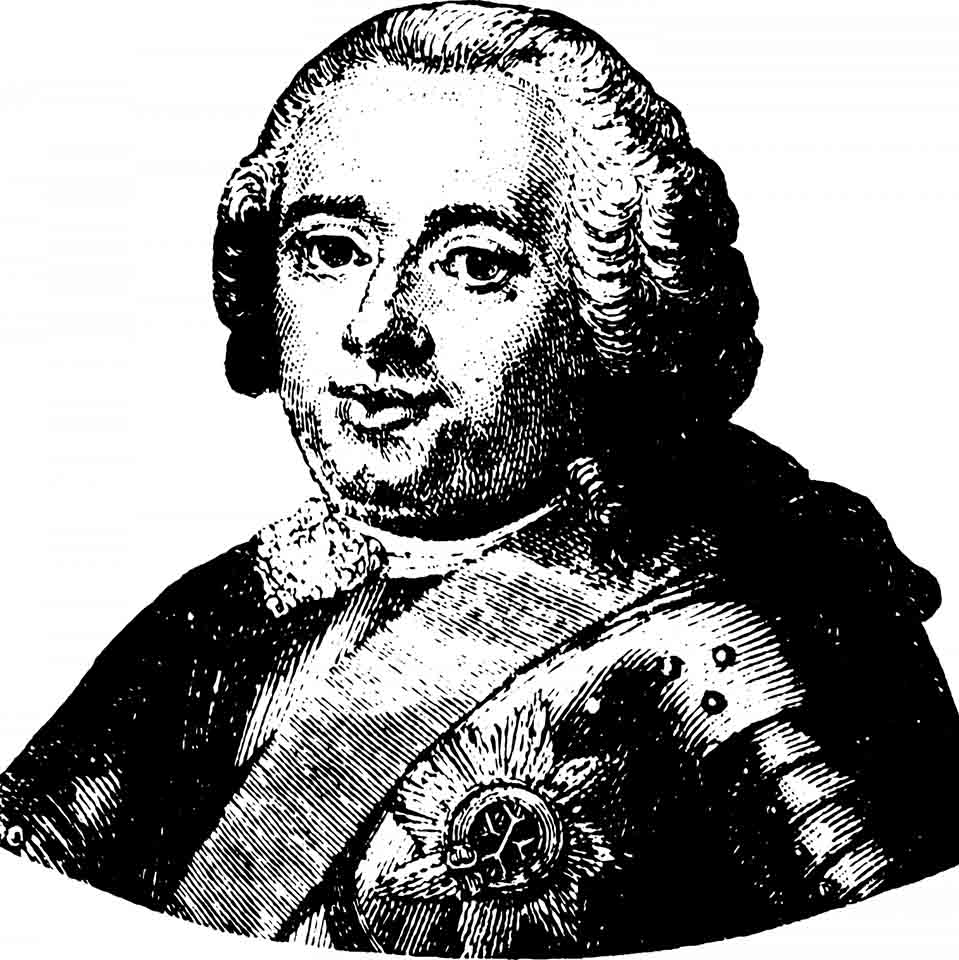 As the third son of the King, William was not expected to succeed the throne. Consequently, he embarked upon a career in the Royal Navy and entered the service as a midshipman at the age of 13. His career in the navy would give rise to his epithet, the 'sailor king' later on. As a young naval officer, William took an active role in the American War of Independence, and was based in New York for a duration of time. A plan had been hatched by the American Revolutionaries to kidnap the young prince and use him as a bargaining chip, but the plot was uncovered and a guard detail was provided to protect William. He also took part in the victorious Moonlight Battle against the Spanish Fleet in 1780. William continued in active service with the Royal Navy until 1790, although he maintained a titular role after that, he never received an active command, despite his pleas to receive one during the Napoleonic Wars.

Having been made Duke of Clarence in 1790, William maintained a political career in the House of Lords, where he acquired a mixed reputation as a reactionary and as a reformer. He spoke out against the abolition of slavery (although he later readily assented to a bill abolishing it as King) but also against the penal laws against non-anglicans.
William briefly served as Lord High Admiral in 1827-28, during which time he made several reforms, including the abolition of flogging within the navy. he was however, forced to resign his post when he put out to sea with a squadron of ships without telling anyone else what he was doing.

Like many of George III's sons, William reacted against his father's stern moral values with regard to marriage and lived for years with a mistress, an actress called Mrs Jordan, with whom he fathered 10 illegitimate children, among the descendants of whom include David Cameron, Prime Minister from 2010 to 2016. However, the death of the Prince of Wales' daughter Charlotte in 1817 increased the pressure on the remaining sons of George III to marry and produce legitimate heirs of their own. Accordingly, William married Princess Adelaide of Saxe-Meiningen the following year. However, most of Princess Adelaide's pregnancies ended in miscarriage or stillbirth, and the longest lived child of the couple, Princess Elizabeth, died at the age of only 4 months. As a result, William's niece, Princess Victoria, daughter of William's deceased younger brother the Duke of Kent, was heir presumptive to the throne of the UK by the time of William's ascension to the throne 1830, and it was now deemed unlikely that William IV and Queen Adelaide would have any more children.

Under William IV, the 1832 Reform Act, the 1837 Abolition of Slavery Act and the Poor Law Reform Act of 1834 (establishing a much harsher system of poor relief than had previously been the case) were passed, which laid the foundations of much of the social and political landscape for the rest of the 19th century. William IV had little direct influence in the shaping of these reforms, and took little active role in politics. Unlike most of his predecessors, he seldom pushed hard against the will of parliament when their aims contradicted his own beliefs. William himself was said to have been a Whig* in his political sympathies, which perhaps explains his reluctance to exercise many of his Royal prerogatives as a matter of principle. William, perhaps thanks to his days in the navy as a lower and middle rank active duty officer, was in many ways an unpretentious, rough and ready monarch, who eschewed ceremony and ostentation wherever possible, unlike his eldest brother and predecessor. It is said that once, when frustrated by the delays in getting the state coach ready to take him to parliament in order to dissolve it, he threatened to take a hackney carriage! His coronation was carried out at a fifth of the cost of his brother's ten years before, and even that amount was only spent under sufferance at the behest of horrified Tories aghast at William's contempt for the traditional dignities of a royal coronation.

After a seven year reign, the Sailor King William IV died of heart failure at Windsor Castle. His niece Victoria succeeded him as Queen of Great Britain and Ireland. However, salic law prevented her as a female from inheriting the throne of Hanover, which was inherited by Ernest Augustus, William IV's surviving younger brother. With the death of William IV, therefore, came the end of the personal union between the Crowns of Hanover and Great Britain. 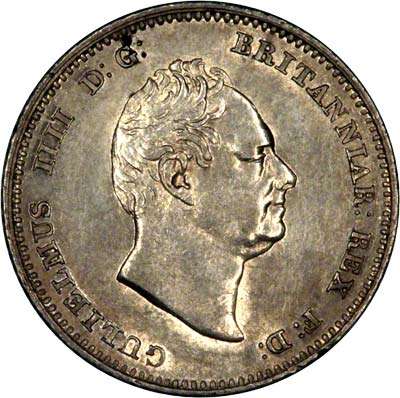 William was somewhat more popular than his elder brother, and certainly with the political class. Although his identification with the cause of resisting political reform made him less popular for a time, his death caused an outpouring of grief, tempered with a hope for the future engendered by the ascension of the 19 year old Victoria.

Numismatically, William IV's reign was notable for reintroducing of the groat. The coins of William IV from the fourpence to the shilling were also inscribed with their value expressed in words for the first time in the history of the pound sterling.

*Whiggish ideology favoured Parliamentary authority over Royal authority. It seems ironic that a King should actively believe that his power should be curtailed, but this seems to have been a genuine impulse in William IV. He is also recorded as having expressed admiration for the aims of the American Revolutionaries during an audience with the American Ambassador, despite having fought against them on behalf of his own father.