William Rufus (the 'Red Haired') was the third son of William the Conqueror.

He endured a poor reputation during his lifetime and afterwards, and his death in a hunting accident in 1100 was widely believed to have been an assassination.

William Rufus was 10 years old at the time of the Conquest. As a third son, William was not expected to inherit the throne of England, however, he unwittingly contributed to his father's decision to bequeath him the throne when as the result of a scatological prank played against his elder brother Robert (involving a chamber pot being emptied over his head), which their father refused to punish, drove Robert to rebellion against his father.

William fought alongside his father to defeat Robert's rebellion, and although Robert and the Conqueror were officially reconciled, the latter did not entirely forgive his eldest son, and decided to divide his empire amongst his surviving sons. Robert was bequeathed the Dukedom of Normandy, but Rufus, who was said to have been the Conqueror's favourite son, was given the Kingdom of England. And so, in 1087, William Rufus was crowned William II of England. 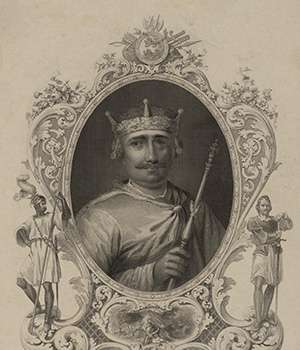 Rufus vs His Brothers

Early in his reign, Rufus faced a rebellion by the Norman barons who wished to place Robert on the throne in 1088. However, this rebellion petered out when Robert failed to land in England to lend his support. In 1091, William II invaded Robert's domains in Normandy, but realising that their brother Henry Beaulerc was playing them off against each other, the elder brothers reconciled and closed ranks against Henry by making each the heir of the other. In 1196, Robert borrowed money from William by mortgaging his duchy and departed to fight in the First Crusade. He would not return in Rufus' lifetime.

Although Rufus had been educated by the famously saintly Lanfranc, Archbishop of Canterbury, Rufus was, unusually for the time, a religious sceptic, and possibly an atheist. He refused to appoint new bishops when seats became vacant, preferring to appropriate their revenues for himself. He was said to be flamboyantly and unapologetically homosexual and when his barons complained of being taxed to harshly, is said to have advised them to raid the tombs and shrines of the saints. He himself was not above plundering monastaries himself to raise money to prosecute his campaigns in Scotland and France. It is perhaps for these reasons that his contemporaries and chroniclers (who tended to be religious monks) damned him in their histories as a godless tyrant.

Death in the New Forest 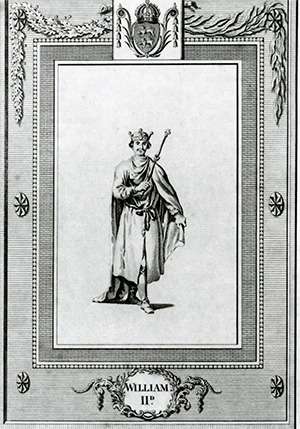 The 12th century chronicler and monk, William of Malmesbury, reports that the night before a hunting trip in the New Forest in 1100, Rufus had a nightmare, whereby he descended into Hell and spoke to the Devil Himself, who told him;

'I cannot wait until tomorrow, for then we can finally meet in person!'

Whereupon the badly shaken king insisted that his attendants remain with him with the lights on for the rest of the night. The day, whilst stalking a deer, Rufus was hit by an arrow fired by one of his companions, a minor noble called Walter Tirell. As soon as Tirel realised that his arrow had killed the king, he rushed to mount his horse and rode away at speed before fleeing across the channel, never to return to England. The death of William Rufus came at a convenient time for Henry Beauclerc. Robert, who was away on crusade, was in no position to secure his legal inheritance, and this led some to believe that Rufus' death had been ordered by Henry in order to ensure that he could seize the throne in Robert's absence. Whatever the truth, Rufus' body was carried to Winchester and buried under the tower of the old Anglo-Saxon cathedral. When the Tower collapsed on top of his tomb the following year, contemporaries and chroniclers took this as further proof of God's disfavour.

The name of William Rufus became for many a byword for Norman abuses in the years following the Conquest. Although some of the worst aspects of Rufus' reign may well have been exaggerated by monkish historians offended by Rufus' lack of respect for the Church, his ruinous taxation policies and heavy fines and confiscations (primarily intended to swell the royal coffers rather than exact justice) also gave sound secular reasons for his subjects to hate him.

Numismatically, William II's coinage is similar to that of his father, although 13 penny types have been attributed to specifically to him rather than his father, some of his father's pennies are believed to have been struck into Rufus' reign.