Richard III was the youngest brother of Edward IV and was his most faithful Lieutenant in the Yorkist cause against the Lancastrian Dynasty. However, following his brother's death, he would go on to usurp the throne for himself at the expense of his nephews. Ultimately, this action would lead to the final downfall of the Yorkist cause.

Richard was born at Fotheringhay Castle, Northamptonshire in 1452, the youngest child of Richard Plantagenet, Duke of York. For most of Richard's life, he was known as the Duke of Gloucester. From a very young age, Richard was entrusted with great responsibilities, and first held office at the mere age of 11, when he was appointed the Commissioner for the Array for the Western counties in 1464. At the age of 17, he held an independent command in charge of Yorkist forces at the behest of his older brother Edward IV. 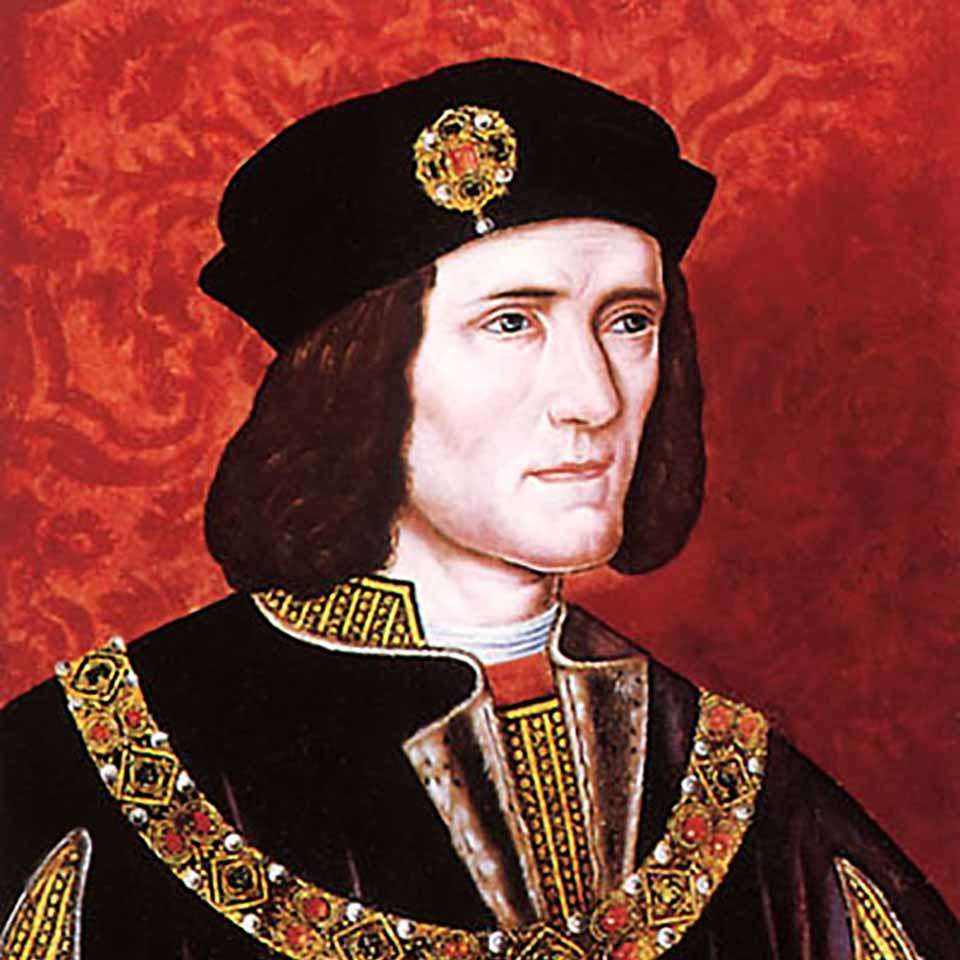 On two separate occasions during his youth, the fluctuating fortunes of the Yorkist cause saw Richard having to flee to the continent to escape the clutches of the Lancastrians, but on both those occasions, he would return to England, and in 1471, he would play an important role in the Battles of Barnet and Tewkesbury, where on both occasions, he commanded the vanguard of the Yorkist army leading the assault on Lancastrian positions. As a result of these battles, the Lancastrian cause was decisively defeated. Henry VI's son, Edward Prince of Wales was killed at Tewkesbury, and Henry VI, already in Yorkist custody, was murdered. Edward IV secured his place on the throne and made his younger brother Richard his right-hand man. Richard had already been made High Constable of England in 1469 and in 1471, following the Yorkist triumph, Richard was also made Lord High Admiral, among many other positions of high office. Having been granted vast estates in the North of England, Richard effectively controlled that region.

In 1483, Edward IV died suddenly and unexpectedly, and was succeeded to the throne by his 12 year old son Edward V. Richard was granted Lord Protector status over the realm until the young King was to reach his age of majority. Richard's older brothers, Edmund, George and now Edward had all predeceased him, and only the children of Edward IV stood between Richard and the throne of England (the Lancastrian cause had by this point seemed hopelessly lost). Richard publically questioned the legitimacy of Edward IV's children right to the throne on the grounds of Edward IV's own questionable legitimacy and the legality of Edward IV's marriage to Elizabeth Woodville. Richard III ordered that the Act of Titular Regis be passed declaring his nieces and nephews to be illegitimate and therefore excluded from the line of succession, leaving himself as the rightful heir to Edward IV. Shortly thereafter, Edward V and his younger brother, Richard Duke of York who were being held in the Tower of London by Richard for 'safekeeping' disappeared, leading to speculation that they had been murdered on the orders of Richard III, who had already assumed the crown.

Reign and the Battle of Bosworth

Richard III's assumption of the throne and the disappearance of the two young princes caused many of those who had supported Edward IV to turn against Richard, and who, led by the Duke of Buckingham, proposed transferring their allegiance to Henry Tudor, the exiled Lancastrian claimant, instead. Richard managed to crush this early conspiracy when, due to bad weather, Henry failed to land with an army. Buckingham was subsequently captured and executed.

However, in 1484, Richard's only legitimate son, Edward of Middleham, the Prince of Wales died. At the news of this, Many transferred their allegiance to Henry Tudor, the exiled heir to the defeated Lancastrian dynasty. Henry made preparations for another invasion. Landing in Wales the following year, Henry marched against Richard III, who likewise marched out with an army to confront his rival claimant.

The two armies met at Bosworth. Richard's army considerably outnumbered that of Henry, and typically for Richard, the King fought personally at the forefront of his army, hoping to kill Henry there and then by his own hand. However, the Stanleys, who had arrived late to the battlefield, and had hesitated to support either side, chose to watch the battle unfolding from the safety of a hillside until it was clear which side was winning. The Stanleys held the balance of power, and whichever side the Stanley's chose to join would have the numerical advantage. The Stanleys were nominal, if resentful, allies of Richard III, who held some of their family members as hostage to ensure their loyalty. However, their hesitation at the outset of the battle was taken by Richard as a sign of treason against him, and he ordered that the Stanley hostages be put to death (those who were to carry out the order wisely decided to delay its execution until after the outcome of the battle had been decided). Realising that their hesitancy had alienated them from Richard, the Stanley's decided that their fortunes lay in a victory for Henry Tudor and they came down the hill and charged into Richard's flank. This action proved decisive, and Richard was cut off, surrounded and killed in the ensuing melee.

Richard III's body was later stripped naked and hanged in public to demonstrate Henry's victory. His body was then buried in Leicester, although his tomb was later destroyed during the reformation and the whereabouts of his mortal remains today remains unknown. Richard III was the last of the Plantagenets, and the accession of Henry Tudor as Henry VII traditionally marks the end of the Middle Ages in England and the start of the Early Modern period.

Richard III's legacy remains controversial to this day. He is traditionally seen as the cartoonish hunchbacked villain formulated by William Shakespeare in his 'Historie' play of the same name. Shakespeare was of course living under the patronage of Elizabeth I, who as a Tudor herself, is not likely to have had any desire to her grandfather's enemy in anything other than a bad light. However, other historians dispute this version of events, particularly those who are members of the famous Richard III Society.

The fact that he usurped his nephews remains an indisputable fact however, and as there is no stronger candidate with the means, motive and opportunity to have had the princes killed, it seems more likely than not that he did indeed kill them to secure his place on the Throne.

Numismatically, Richard made few if any innovations to the coinage, and simply carried on from where his predecessors had left off. Nevertheless, the fame, or rather notoriety of Richard III makes them a popular with collectors, eager to own a coin struck in the name of the title villain of one of Shakespeare's most famous plays.