Henry Tudor was born at Pembroke Castle in Wales in 1457, the son of the already deceased Edmund Tudor (Henry VI's half-brother via Catherine of Valois, widow of Henry V) and his 13 year old widow, Margaret Beaufort. At the time, no one expected that Henry would ever become King. However, during this turbulent period, when the throne was violently contended by the rival houses of Lancaster and York, with an unprecedented level of savagery on both sides, anything was possible. 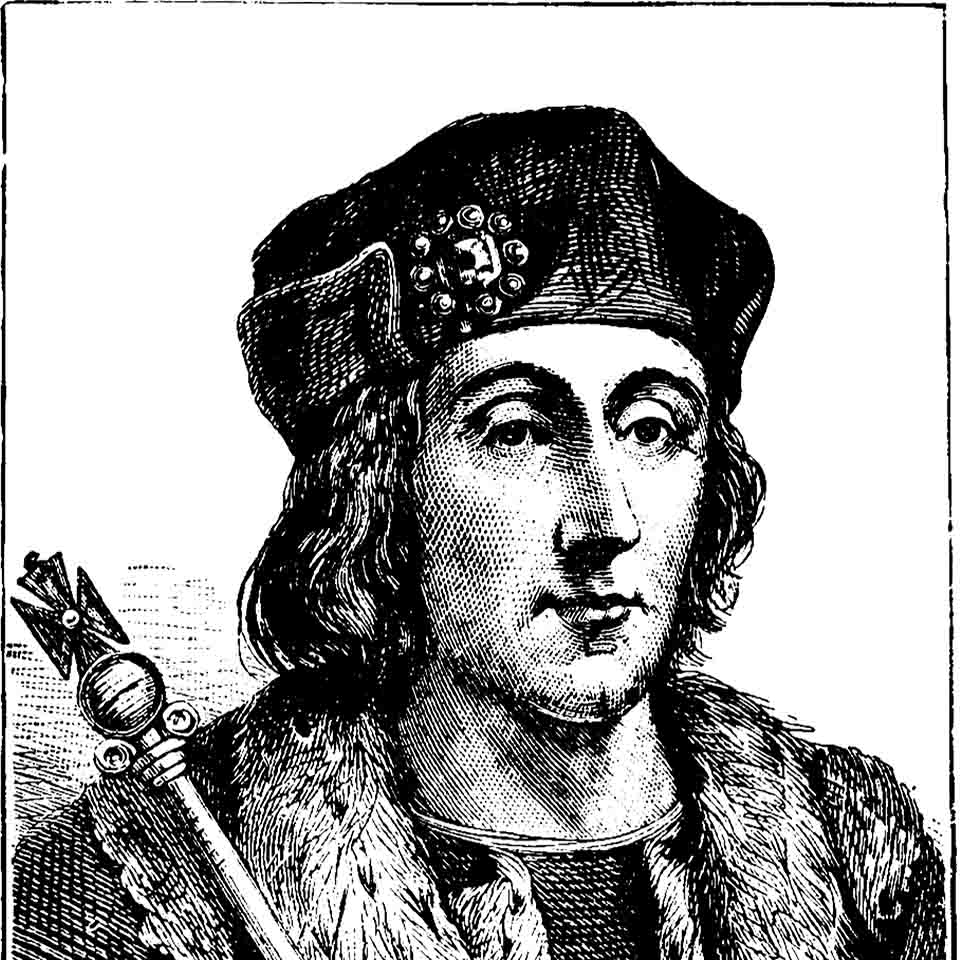 Tewkesbury and the Triumph of York

At the Battle of Tewkesbury in 1471, Henry VI's son and heir, Edward Prince of Wales was killed, as were most of his supporters and retainers, in what was a decisive Yorkist victory. Soon afterwards, Henry VI was murdered by Edward IV. The House of Lancaster had been eliminated and Edward IV had no effective rivals to the throne. Indeed, Edward IV was to reign as King for the rest of his life until he died in 1483.

Henry Tudor's claim to the throne existed through his mother, who was descended illegitimately from John of Gaunt, Duke of Lancaster. However, even this extremely tenuous connection to the House of Lancaster was, in the absence of more credible and still living Lancastrian royals, enough to persuade the young Henry to flee to France, where he might have expected to remain for the rest of his life.

With two brothers and two sons, the position of Edward IV's Yorkist dynasty must have seemed as unassailable as Henry Tudor's was hopeless. However, the familicidal tendencies of the Yorkist family proved to be their undoing. First George, Duke of Clarence, Edward IV's brother rose in rebellion against him, before he was captured and executed in 1478. When Edward IV died in 1483, Richard, Edward IV's other brother, had Edward IV's sons, Edward V and Richard, Duke of York murdered so that he could seize the throne for himself. This act, although done in secret, was widely suspected and the revulsion caused by the disappearance of the princes led to violent opposition against Richard III. Support for Henry Tudor's claim grew and in 1485, after a previous abortive attempt to invade England, Henry Tudor Landed in Wales with a force of 2,000 men, hoping to pick up more recruits as he marched through his native land on the way to confront his rival.

The odds were not on Henry Tudor's side as he rushed to meet Richard III. His Yorkist rival had a larger and more powerful army, as well as forces elsewhere waiting to join him. Nothing less than a complete victory could suffice for Henry's cause. Even if Richard was defeated in the field and managed to flee, he could gather more troops and return again to defeat Henry's army. If Henry was defeated, support would melt away and Henry would be killed or forced to flee back into exile. Henry not only had to defeat Richard, he had to kill or capture him there and then in order to ensure victory, or his cause would probably be lost. As the two armies met, the Stanleys, who had been called to the field by Richard III, remained uncommitted. As the battle unfolded below them, the Stanleys waited to see which side had the best chance of winning. eventually, the Stanley's made their choice. Whether they saw that Henry's army had the advantage, or came to the realisation that Richard III would never forgive them for their lack of commitment to his cause, the Stanley's decided to side with Henry and charged into Richard's flank. Seeing that Henry's forces seemed destined the carry the day, Richard made one last desperate gamble to win the battle. Seeing that Henry was isolated in the rear with only a few retainers, Richard decided to charge with his forces and make straight for him, hoping to defeat him in single combat and kill him with his own hand. Whilst he succeeded his cutting down Henry's standard bearer, Richard was prevented from reaching Henry and was then himself cut off and killed, leaving Henry triumphant.

Following Henry's victory at Bosworth, Henry Tudor (now Henry VII) married Elizabeth of York, the heir to the Yorkist cause, so that the two rival houses might at last be united and the Wars of the Roses finally brought to an end. The marriage produced four daughters and four sons, one of whom would succeed him as Henry VIII. Henry VII was known for his careful policy of spending as little possible (many would call it miserliness) and avoided expensive foreign wars. He would die in 1509 as one of the richest princes in Europe. The Tudor dynasty he founded lasted for over a hundred years before dying out with his granddaughter Elizabeth I. However, as the succeeding Stuart dynasty was descended from Henry VII's daughter Margaret, all subsequent British monarchs are still directly descended from Henry VII.

Numismatically, Henry VII is known for reintroducing the profile portrait type for the first time since the reign of Stephen. He also introduced a rare pattern coin, the testoon, with a face value of 12d. This was a precursor to the shilling coin, which was introduced as a regular issue by his grandson Edward VI. More importantly (as far as we are concerned!) Henry VII is also famous for having introduced the sovereign in 1489, with a face value (as is still the case today) of £1. This denomination was continued until the reign of James I, when it was discontinued (or at least renamed as the 'Unite') before being revived in 1817. 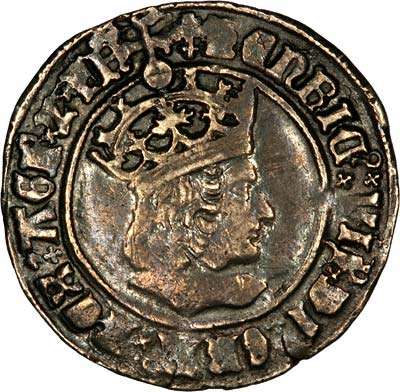