Henry of Winchester, as he was known to his contemporaries, was born in 1307, the son of King John. Coming to the throne at the age of 9, Henry III was one of the longest-reigning monarchs in English history. His reign was marked by conflict with the barons, and by his devotion to Saint Edward the Confessor, for whom he named his son.

When his unpopular father died in 1216, Henry inherited a kingdom in a virtual state of anarchy. The previous year, England's barons had forced King John to sign the Magna Carter, or Great Charter, which sought to put limits on Royal Authority.

Prince Louis the Lion, later Louis VII of France, who had been invited into England by the Barons to take the throne from Henry's father, was defeated and driven from England in 1217 when the barons transferred their loyalty to the young Henry, whom they hoped would be a better King than his father had been.

Henry III's first regent was William Marshal, a highly competent administrator, who died in 1219, and was replaced by Hubert de Burgh, who remained his regent until he came of age in 1227. De Burgh however, later took part in one of a series of rebellions against Henry III, but eventually reconciled with Henry before dying in 1243. 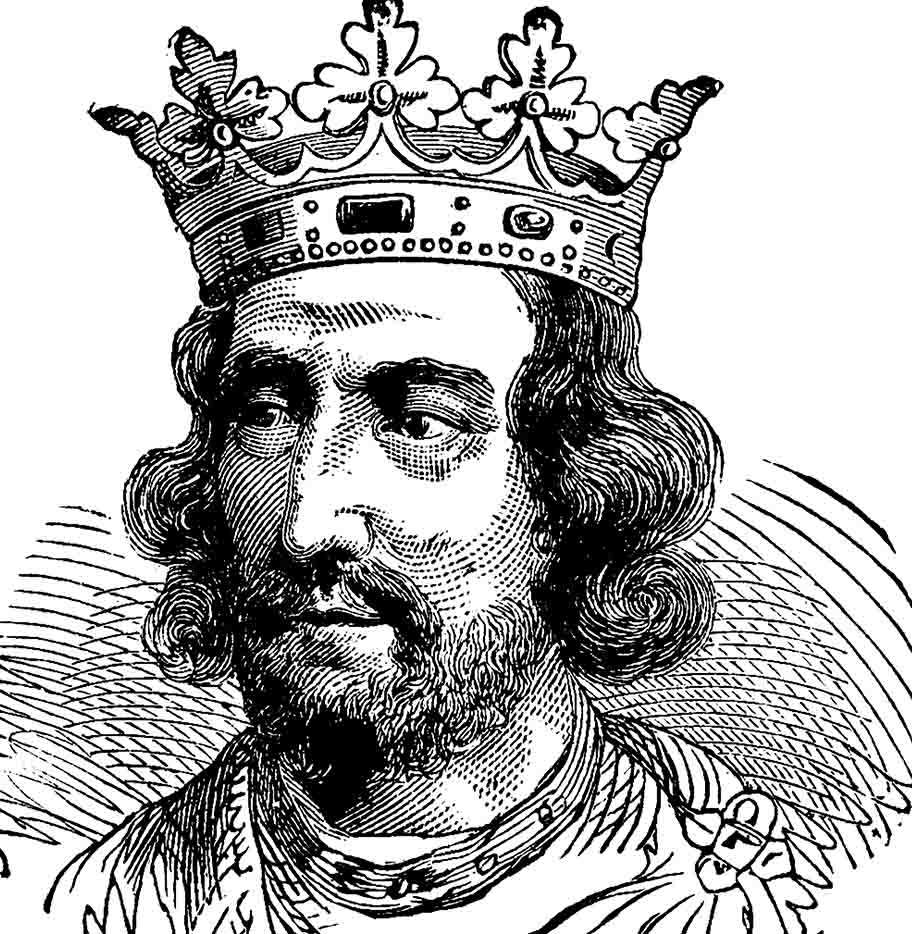 Having taken the reins of power, Henry tried to stamp his own authority on the kingdom. In 1230, he launched a campaign in France to retake the lands lost by his father, and thereby win the respect of the barons. Sadly for Henry, the campaign was an expensive failure. In 1236, The 20-year-old Henry married the 12-year-old Eleanor of Provence. The new Queen was famous for her beauty and literary skill, but as she grew into adulthood, she became very unpopular with the citizens of London, who were largely sympathetic to the baronial faction, and Queen Eleanor was on at least one occasion pelted with rubbish when she was spotted sailing down the Thames on the Royal barge!

In 1239, a son was born to the Royal Couple, named Edward, after Edward the Confessor, the King's own personal hero. Edward was the first of nine children, of whom five, including Edward, survived into adulthood. Henry also gave his youngest surviving son an Anglo-Saxon name, Edmund, also known as Crouchback, Earl of Leicester and Lancaster.

Henry III sponsored a campaign (with papal approval) to capture the throne of Sicily on behalf of Edmund in 1254. This was another expensive failure, as was a further expedition in 1258 to retake lost French territories. The people of England had to pay more and more taxes to fund these unsuccessful campaigns, with nothing to show for them. To the barons, Henry III was looking more and more like his father's son.

In 1258, matters came to a head. Having levied heavy taxes to fund a massive programme of ecclesiastical rebuilding (during which many Anglo-Saxon cathedrals and abbeys were demolished and rebuilt, including Westminster Abbey) and failed wars in France, Wales and Sicily, the Barons demanded that Henry submit to the Provisions of Oxford, which specified that government should be run by a council composed equally of members appointed by both the King and by the Barons, this was further amended by the Provisions of Westminster the following Year, which clarified the nature of taxation and inheritance law in addition to reaffirming the earlier provisions.

However, in 1261, Henry III obtained a papal bull abjuring him of any requirement to keep to the oath he had sworn to uphold the provisions. Both sides began to mobilise their forces. In 1264, Royal Forces, led by Henry III, Prince Edward and Richard, Earl of Cornwall, met the forces of the Rebel Barons, led by Simon de Montfort (who was an unwanted brother-in-law of Henry III, de Montfort had married his sister Eleanor without his permission) and were defeated. All three Royal commanders (including Henry III and his son Edward) were captured, and Simon de Montfort effectively ruled England in Henry's name. In December of 1264, de Montfort called the first elected Parliament in English History, and it met for the first time in 1265, in spite of Henry's protestations. Prince Edward however, had escaped, and rallied a new army to confront Simon. This new Royal Army, using captured baronial banners gained from a successful ambush of a second baronial army which had sought to meet up with de Montfort's forces, trapped de Montfort at Evesham. Henry was with them, wearing the colours of the baronial army. Upon realising how trapped he was, de Montfort made the poetic exclaimation:

'God have mercy upon our souls, for our bodies are the foes'.

The subsequent battle was little short of a massacre. Henry himself was almost killed by a royal soldier, until he threw off his visor and exclaimed that he was Henry of Winchester. De Montfort was killed, and his body mutilated by soldiers of the vengeful royal army, but his legacy of elected Parliaments restricting royal power would live on in the hearts of those who sympathised with his cause.
The defeat of de Montfort's army at Evesham was not the end of baronial resistance however, Kenilworth Castle remained in rebel hands, and repelled repeated assaults by the royal army. It held out until December of 1266, when the garrison surrendered following a compromise mediated by the Pope between the Barons and the King, known as the Dictum of Kenilworth, which abrogated the Provisions of Oxford and restored Royal Authority, but which re-affirmed Henry's oath to abide by the Magna Cara.

Henry III had been victorious, but the victory was not a total one.

By 1270, the peace had returned to Henry's realm. The peace was secure enough for Henry's son Edward to take the cross and lead a force on a crusade to the Holy Lands. Henry could ill-afford to lose his son's military skills had it been otherwise. Two years later, Henry III died, having reigned over England for 56 years.

Henry was in many ways a weak monarch, and had it not been for his more militarily astute son, may well have remained at the mercy of the barons for the rest of his reign. Although most of what the barons had fought for was eventually implemented, the victory of Henry III's forces in the Second Baronial war delayed the full implementation of these reforms. The rebuilding of Westminster Abbey is perhaps the most visible legacy of Henry III's reign. Unfortunately, very little of the original abbey remains, and it was during this period that most of the surviving anglo-saxon ecclesiastical buildings were destroyed. 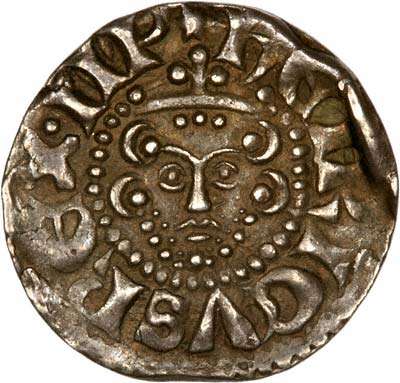 One of the darker aspects of the pious Henry's reign was his attitude towards Jews. He was the first to make Jews wear identifying badges, an act which would have more sinister connotations in later centuries in other countries. The culmination of royal anti-semitism, the expulsion of the Jews, would not take place until the reign of his son however, some years later.

Numismatically, the reign of Henry is notable for a major currency reform which took place from 1247 onwards. By this time, England's coinage was in a poor state, and clipping was a major problem. To combat this problem, Henry implemented a change in the design of the English silver penny to include a 'long-cross' on the reverse, which made any attempt to clip the coin for silver more difficult for dishonest users. Thousands upon thousands of coins of the old short cross design, which had been used since Anglo-Saxon times, where melted down and re-coined. This explains why Henry III's coins are relatively inexpensive compared to those of his predecessors, and why those of his predecessors are also correspondingly scarce.