Famed for his work across many international commissions and workings, alongside becoming the first Australian artist to not only be knighted, but have their work displayed at the Royal Academy of Arts in London. However, Aussie engraver Bertram Mackennal’s most notable workings would be his depictions of King George V. 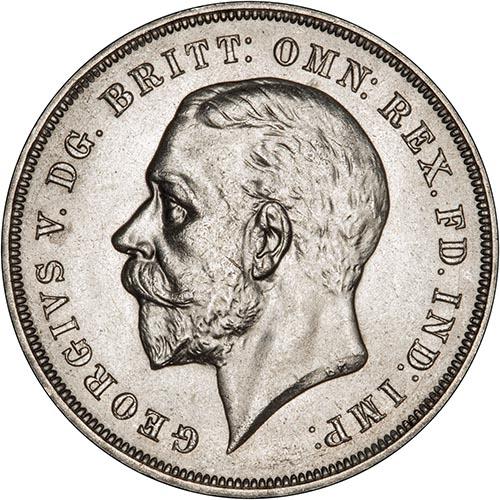 Hailing from Melbourne Australia, Edgar Bertram Mackennal was born in 1863, with his father, John Simpson Mackennal, passing on his knowledge of the crafts and encouraging a young Bertram to continue his studies at the school of design hosted within the Melbourne National Gallery. Completing his education in 1882, Bertram left his hometown for London after a fellow sculptor, Marshal Wood made promises of lucrative employment.

Upon his arrival in England, at a mere 19 years of age Mackennal sought to broaden his understanding of the creative arts, seeing him enroll at the Royal Academy of Arts. However, Mackennal soon grew discontent with his studies, instead heading to Paris to learn under the guidance of already accomplished artists and sculptors.  With the commission of a bust depicting a British Army Officer in 1884, Bertram returned to London before marrying and embarking on a honeymoon that would put the newly-weds under significant financial strain. Thanks to this monetary pressure the couple resided in Shropshire, England where Bertram was appointed Head of Modelling and Design at Coalport Potteries.

Whilst in Shropshire Bertram won a competition that would see him return to his native Australia to sculpt reliefs on the front of Parliament House in Melbourne. Completing the commission in 1887, Mackennal once again grew tired of his residence, borrowing money to return to Paris in 1891 and creating the famed “La Tele d’une Saint” (Head of a Saint) the following year. 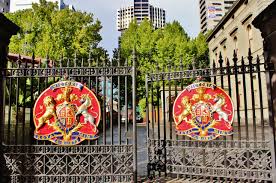 The engraver would go onto finally enjoy critical acclaim in 1893 with his figure “Circle”. When shown at the Royal Academy of Arts he claimed the illustrious title of first Australian artist to have their work exhibited.  Thanks to the interest the piece cultivated in creative circles the commissions began to roll in. After once again working across Australia and Europe Bertram set up shop in the English capital, completing the marble “The Earth and the Elements” and “Diana Wounded” in 1907 and 1908 respectively, with both pieces being purchased by the National Gallery of British Art. The success of these pieces saw Mackennal be elected as an associate of the Royal Academy of Arts in 1909, again the first Australian to be given such a position.

After designing medals for the 1908 Olympic Games hosted in London, Mackennal went on to create the Coronation Medal for King George V, alongside gaining the commission for the regal depiction to be featured on all new coinage produced under the monarch.

Two obverse portraits were produced for coinage during the rule of George V with the first being struck between 1911 and 1928 and the successor being minted from 1929 to 1932.  The original run of circulating coins featured a larger portrait of King George V, however production problems at The Royal Mint meant the effigy design was revised, ultimately making the portrait smaller; both variants of the portrait feature Bertram Mackennal’s initials,” BM”, on the truncated neck. 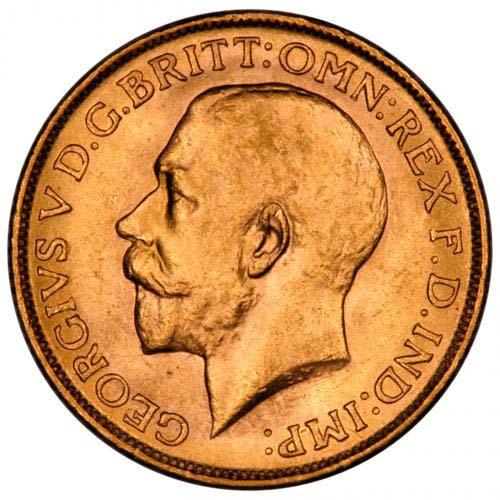 With the success of his portraiture and coronation medal, in 1921 Bertrum was tasked with the creation of a monument to the late King Edward VII. 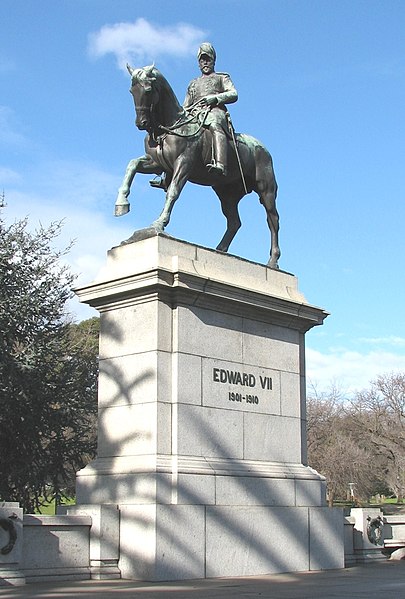 Which upon it’s unveiling the Australian visionary was made a knight Commander of the Victorian Order. Unfortunately, a decade later the famed sculptor would pass away at his home in Devon, leaving behind a collection of works as varied as his residence.