The Story of the Halfcrown

A brief history of the British halfcrown. We discuss monarchs, value and designs. 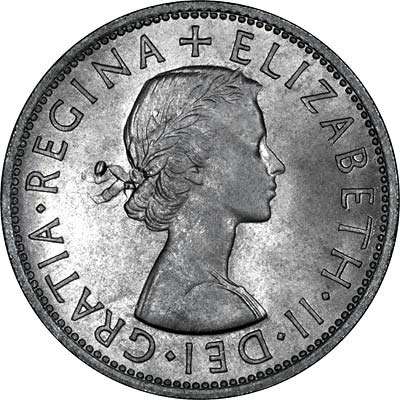 A halfcrown was first issued in the reign of Henry VIII. It was at first a gold coin. Further gold halfcrowns were produced during the following reigns of Edward VI, Elizabeth I, James I and Charles I.

The first silver halfcrowns were struck under Edward VI in 1551, and were one of the first British coins to bear a date. Since then, silver or cupro-nickel halfcrowns have continued to be produced until 1967 and 1970, when it was killed off by decimalisation. Its decimal value would have been 121/2(new) pence. The face value of a halfcrown was as its name implies, half that of a crown (five shillings), eight to the pound, so that a halfcrown was worth two shillings and sixpence, written 2/6.

As can be seen from the photographs, the reverse types of all halfcrowns have possessed remarkable similarities. For the entire lifetime of the halfcrown, its reverse type has consisted of a crowned shield, with the minor exception of the later George V (from 1928) and George VI issue, on which the shield was not crowned. Although a shield, usually bearing a coat-of-arms is a relatively common numismatic type, for sheer consistency, over 450 years existence always with a similar reverse type, must surely place the British halfcrown as one of the most enduring and successful coin types of all time.

Interestingly, the halfcrown managed to exist from 1526 to 1892, over three hundred and fifty years, before it was thought necessary to include the words "half crown" as a mark of value. If we consider numismatics to be a prime source of historical information, then I am not sure what this fact indicates about the general level of intelligence or education!

The last halfcrown produced for circulation was in 1967, although the "Farewell to Lsd" proof set produced on 1970 contained a complete set of £sd coins, including the halfcrown, dated 1970.

The halfcrown was demonetised on January 1st. 1970. 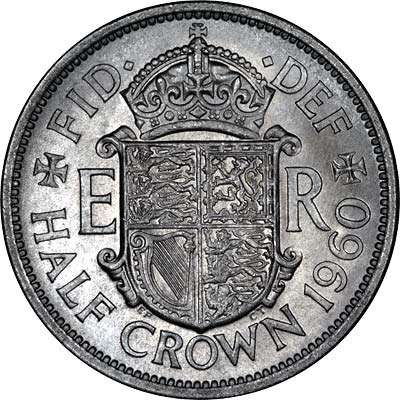